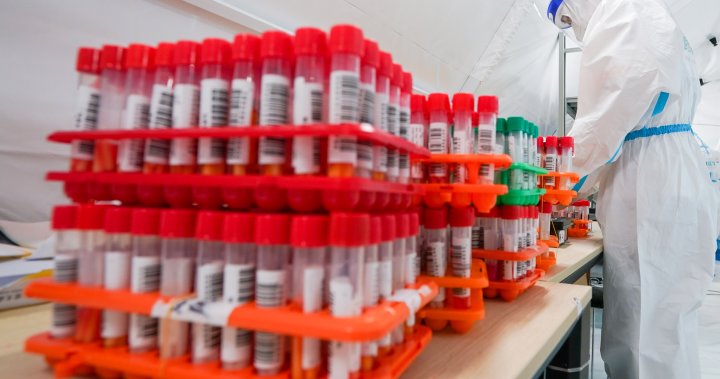 Bill would remove ‘conscience’ as basis for…

It is the fewest number of confirmed cases in a 24-hour period since Aug. 11 when 324 new infections were recorded. Test positivity also fell below 2 per cent, also not seen since that same day.

According to Wednesday’s report, 93 cases were recorded in Toronto, 54 in Ottawa, 48 in Windsor-Essex, 41 in Peel Region, 30 in York Region and 27 in Hamilton.

All other local public health units reported fewer than 25 new cases in the provincial report.

The death toll in the province has risen to 9,632, as seven more virus-related deaths were recorded.

There are more than 10.3 million people fully immunized with two doses, which is 79.4 per cent of the eligible (12 and older) population. First dose coverage stands at 85.3 per cent.

Meanwhile, 565,710 Ontario residents were reported to have recovered from COVID-19, which is about 97 per cent of known cases. Resolved cases increased by 783 from the previous day.

The government said 39,092 tests were processed in the last 24 hours. There is currently a backlog of 19,259 tests awaiting results.

Test positivity hit 1.8 per cent, falling below two per cent for the first time since August. Last week, test positivity was at 2.5 per cent.

Ontario reported 299 people in general hospital wards with COVID-19 (down by 31 from the previous day) with 187 patients in intensive care units (up by 12) and 162 patients in ICUs on a ventilator (up by seven).

Provincial officials recently announced they would start including the vaccination status of those hospitalized due to COVID-19 as part of their daily COVID-19 data reporting. They noted the new dataset will grow and improve over time as more information is collected.

In the third wave peak, which was the worst wave for hospitalizations, the province saw as many as 900 patients in ICUs with COVID. The province’s data has recorded 5,788 patients in total have ever been in ICU with 29,662 patients having been hospitalized due to COVID since the start of the pandemic.

Variants of concern in Ontario

Officials have listed breakdown data for the new VOCs (variants of concern) detected so far in the province which consists of:

“Alpha” the B.1.1.7 VOC (first detected in the United Kingdom): 146,452 variant cases, which one case was removed. This strain dominated Ontario’s third wave.

“Beta” the B.1.351 VOC (first detected in South Africa): 1,502 variant cases, which is unchanged since the previous day.

“Gamma” the P.1 VOC (first detected in Brazil): 5,229 variant cases, which is unchanged since the previous day.

NOTE: It takes several days for positive COVID-19 tests to be re-examined for the exact variant. Therefore, there may be more variant cases than overall cases in daily reporting.