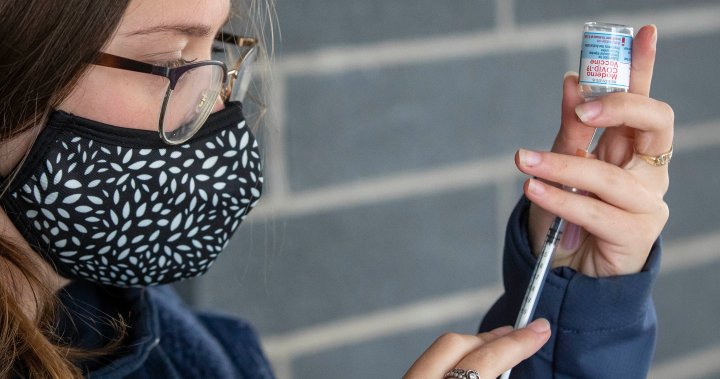 However, 80 cases from Toronto in 2020 were added to the count which officially registered 244 cases for Tuesday. The provincial case total now stands at 546,217.

“Due to a data review and clean-up, today’s numbers include 80 cases from 2020 that have been included in Toronto’s case count,” Ontario Ministry of Health officials said.

“This means that Ontario is reporting 164 new cases today.”

Tuesday’s case count is the lowest since Sept. 9 and is the second day in a row cases are below 200.

All other local public health units reported fewer than 10 new cases in the provincial report.

The death toll in the province has risen to 9,224 as nine more deaths were recorded.

There are more than 5.8 million people fully immunized with two doses which is 47.8 per cent of the adult (18+) population. First dose adult coverage stands at 78.4 per cent.

Meanwhile, 535,110 Ontario residents were reported to have recovered from COVID-19, which is about 98 per cent of known cases. Resolved cases increased by 319 from the previous day.

There were more resolved cases than new cases on Tuesday.

The government said 28,755 tests were processed in the last 24 hours. There is currently a backlog of 11518 tests awaiting results. A total of 16,079,145 tests have been completed since the start of the pandemic. 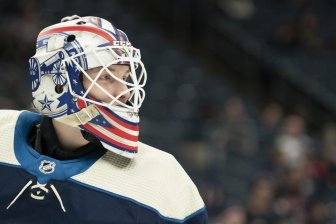 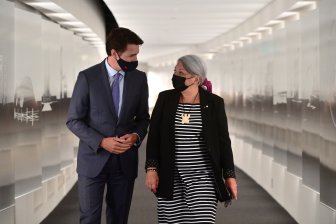 Ontario reported 202 people are hospitalized with COVID-19 (up by 47 from the previous day) with 226 patients in intensive care units (down by two) and 161 patients in ICUs on a ventilator (up by four). Hospitalizations have been on the decline since the third wave peak in April.

Variants of concern in Ontario

“Gamma” the P.1 VOC: 4,632 variant cases, which is unchanged since the previous day.

NOTE: It takes several days for positive COVID-19 tests to be re-examined for the exact variant. Therefore, there may be more variant cases than overall cases in daily reporting.

5:31
Can Ontario evade a potential new wave of COVID-19 brought on by the Delta variant?

Can Ontario evade a potential new wave of COVID-19 brought on by the Delta variant?

Here is a breakdown of the total cases in Ontario by gender and age:

Here is a breakdown of the total deaths related to COVID-19 by age:

According to the Ministry of Long-Term Care, there have been 3,783 deaths reported among residents and patients in long-term care homes across Ontario which is unchanged since yesterday. Thirteen virus-related deaths in total have been reported among staff.

There are 3 current outbreaks in homes, which is unchanged from the previous day.