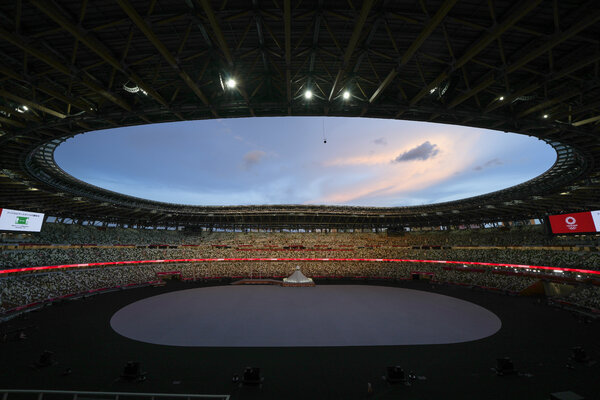 Where is the United States marching in the parade of nations? If this is in alphabetical order, why is Yemen coming right after the A’s? And why is Russia getting a prime position?

The order of the parade of nations varies almost every Olympics. The sequence is determined by history, language, and sometimes other factors.

The first to enter the stadium is always Greece, because the ancient Games originated there back in 776 B.C. This year, the second team to enter will be the special team of refugee athletes the International Olympic Committee has put together. The team goes under the name “I.O.C.,” and in Japanese script that ranks ahead of every other nation alphabetically.

Coming in just behind Greece is also a nice honor for refugee athletes who, after all, have faced significant challenges even making it to the Games. But the third team to enter does not generally prompt similar sentimental reaction among fans globally.

Russia has been banned from the Games because of its state-sponsored doping program. But Russian athletes may still compete, just not as “Russia” or behind the Russian flag. Instead they will be known as “R.O.C.,” for the Russian Olympic Committee, and that ranks second alphabetically.

The nations of the world follow based on the Japanese alphabet. For English speakers, this will mean an adjustment. Uganda, Ukraine, Uzbekistan and Uruguay are near the front of the line at these Games. And they are immediately followed by Britain, the British Virgin Islands and then a bunch of nations beginning with the letter E.

So when does the United States arrive? Alphabetical vagaries mean they will be the third-to-last team to arrive, just ahead of France.

Last of all is always the host team, and for these Games that’s Japan. Sadly, the usual roar from the home crowd will be missing when the athletes for the host nation arrive.

The opening ceremony of what is being marketed as the 2020 Olympics finally takes place on Friday night (Friday morning U.S. time) — one year late.

In many ways, the event at Olympic Stadium in Tokyo will resemble opening ceremonies of the past.

But the most remarkable difference is that just like at almost every other Olympic event, there will be no fans. Approximately 1,000 dignitaries and news media members will be there to witness the event live because of strict pandemic restrictions, in a stadium designed to hold tens of thousands of people.

As for the show, organizers as always are keeping mum about which J-pop bands or crossover opera singers will perform. But history gives us a pretty good idea of several things we will see.

There will be speechifying, mostly about the ideals of the Olympics.

Some combination of singers, dancers, mimes and puppeteers will celebrate the history and culture of Japan.

The spectacle may be a little less spectacular than usual. “Opening ceremonies in the past have been a grand celebration, spectacular,” said Takayuki Hioki, the executive producer of ceremonies for the games. “Rather than those, we have created something with a strong message that will resonate with the audience. It’s more about the emotional connection than the excitement.”

There will be a parade of nations, and it will be interminably long.

The Olympic torch will arrive, and someone will light the cauldron. This is the most closely guarded secret of the ceremony, but The New York Times has had a good record of predicting cauldron lighters. This year we offered 10 candidates, led by the four-time gold medal wrestler Kaori Icho. (Bonus early bird predictions: For the 2024 Games in Paris, Teddy Riner; 2028 in Los Angeles, Magic Johnson; 2032 in Brisbane, Australia, Ian Thorpe.)

As of now, the entire event is scheduled for three and a half hours, starting at 8 p.m. Japan time, 7 a.m. Eastern, 4 a.m. Pacific. But past ceremonies have almost always gone over their allotted time. 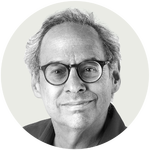 History lesson, hit parade, massed-forces deployment, nationalist self-definition, tourism ad, auteur-director fantasy, stadium kitsch — Olympic opening ceremonies contain all of those at once. In this century, they have been staged primarily for the cameras broadcasting them worldwide and neatly scripted for foreign audiences. But they still encapsulate the self-image that their host countries want to show — or, at least, what they hope they are showing.

The 2018 Olympics in Pyeongchang, South Korea, called insistently for peace and sought to summon childlike wonder and reverence for nature; it featured traditional Korean sounds at the opening ceremony and saved its internationally popular K-pop stars for the closing. Rio de Janeiro’s opening, in 2016, presented Brazil as a bastion of diversity — portraying Indigenous people and waves of conquest, slavery, immigration and integration — with Carnival at its heart; the percussionist core of its 12 traditional samba schools paraded in costume at the show’s peak.

London in 2012, directed by Danny Boyle (“Slumdog Millionaire”), eccentrically chronicled economic and cultural upheavals in Britain: from green and pleasant pastoralism to grimly industrial capitalist exploitation to hard-partying pluralism, with a lingering fondness for royal pomp and movie fantasies like James Bond and Mary Poppins. Beijing, in 2008, had a C.G.I.-enhanced spectacle (directed by Zhang Yimou) invoking historical achievements and traditional Chinese arts — scroll painting, calligraphy, porcelain — and deploying hundreds of dancers and musicians arranged in giant formations, moving in unison. Athens, in 2004, reached back to archaeology and mythology; it also had Bjork performing her ecology-minded “Oceania.”

The Tokyo Olympics were postponed a year by the Covid-19 pandemic and will now be presented to a minimum of live spectators because of the pandemic. Its turmoil continues, extending to the opening ceremony.

The team that had put together the show intended for 2020 has scattered. This week, Keigo Oyamada, who records as Cornelius and had written the music that was to start the ceremony, dropped out after 1990s interviews surfaced where he boasted about brutally bullying a disabled schoolmate — a very bad look for the organization that also presents the Paralympics. And on July 22, the day before the ceremony, its director, the comedian Kentaro Kobayashi, was removed for past jokes about the Holocaust.

Performers for this year’s opening ceremony have not been announced in advance, although it’s likely to feature the Japanese pop that has found listeners worldwide. How will 21st-century Japan, as nation and culture, show itself to the world? Will it be kotos and kimonos, Kabuki and Bunraku, or anime, video games and J-pop? All of that and more? We’ll see. 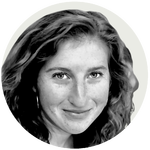 You may notice two flag bearers leading each nation into the opening ceremony.

That’s thanks to a rule change and the International Olympic Committee’s new recommendation that each participating nation nominate one man and one woman for the honor. The move is part of the I.O.C.’s push for gender equality, and a high-profile way to demonstrate their commitment. (But it’s not that simple.)

The parade of nations during the opening ceremony is one of the most viewed and beloved parts of the Olympic Games, and being named a flag bearer is a point of national pride for athletes.

For some nations, including China and Mongolia, a woman will be a flag-bearer for the first time. China nominated Zhu Ting, the captain of its women’s volleyball team. Mongolia will have its first female flag-bearer as well, Khulan Onolbaatar, a three-on-three basketball star.

The United States will be led into the stadium by the basketball player Sue Bird and the baseball player Eddy Alvarez, who was a 2014 silver medalist in speedskating.