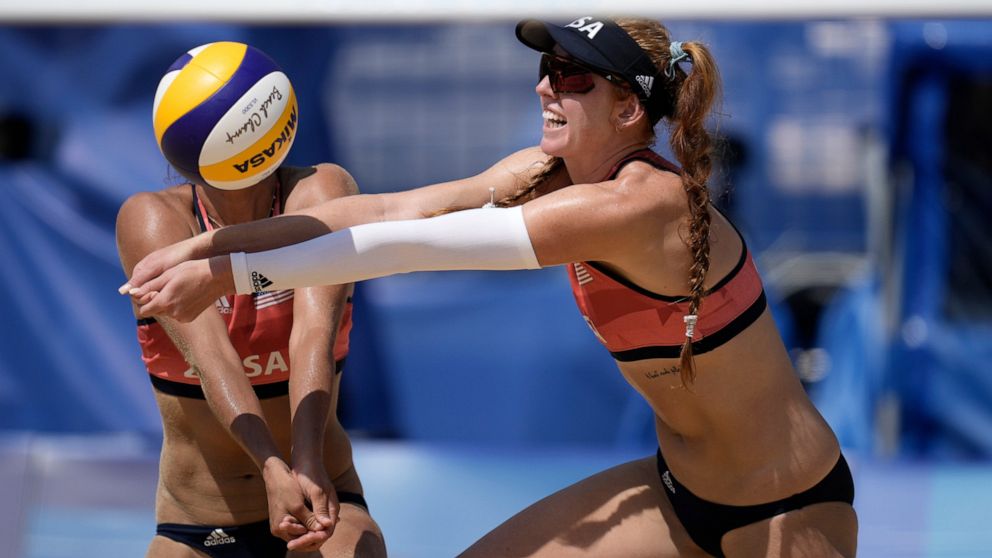 Caeleb Dressel has won his fourth gold medal of the Tokyo Olympics with a victory in the 50-meter freestyle.

Dressel cruised to a relatively easy victory in the frenetic dash from one end of the pool to the other, touching in an Olympic record of 21.07 seconds.

France’s Florent Manaudou repeated as the Olympic silver medalist in 21.57, while Brazil’s Bruno Fratus claimed the bronze in 21.57 — edging out American Michael Andrew for the final spot on the podium.

Dressel has one more shot at a gold in the 4×100 medley relay, an event the United States has never lost at the Olympics. He’ll swim the butterfly leg in a race that caps nine days of swimming competition at the Tokyo Aquatics Centre.

If Dressel claims a fifth victory, he would join Americans Michael Phelps, Mark Spitz and Matt Biondi, as well as East Germany’s Kristin Otto, as the only swimmers to win as many as five golds at a single Olympics. Phelps did it three times.

Katie Ledecky is bidding farewell to the Tokyo Games after claiming four medals, two of them gold.

The American swimming star went on Twitter to post her thanks to the people of Tokyo and everyone who gave her “tremendous support this week and over the years!” Even though the stands were largely empty at the Olympic pool because of the coronavirus pandemic, Ledecky says she “could hear you all!”

Ledecky wasn’t quite as successful as at the 2016 Rio Olympics, where she swept her three individual events and also won a gold and a silver in the relays.

But she did win gold in her two longest events, the 800- and 1,500-meter freestyle, in addition to swimming a brilliant anchor leg that almost pulled out a gold for the United States in the 4×200 free relay.

Along the way, Ledecky became the first female swimmer to win six individual golds in her career, the first woman to win the 800 free at three straight Olympics, and one of just five American female swimmers to earn 10 career medals.

At age 24, Ledecky has no plans to stop swimming.

Americans Sarah Sponcil and Kelly Claes are out of the beach volleyball tournament after a three-set loss to Canada in the knockout round opener.

Heather Bansley and Brandie Wilkerson beat the U.S. 22-24, 21-18, 15-13 at the Shiokaze Park venue. Americans Phil Dalhausser and Nick Lucena are set to meet Qatar in the afternoon session.

Sponcil and Claes trailed 11-6 in the first set but rallied to take their first lead at 19-18. They won it on their third set point when Bansley’s hit rolled across the net and landed at the feet of the chair umpire.

The Americans scored the first five points of the second and led 10-4 before Canada closed to 10-9 and took its first lead at 17-16. It was 19-17 when a successful challenge brought Canada to double set point.

Canada appeared to take a 13-11 lead in the third set on a hit that was initially ruled out. A challenge declared the ball in, even though replays appeared to show it missed the tape. Canada disputed the result and on further review, it was ruled out.

Wilkerson knocked down a pass that got too close to the net for a triple set point, and they won it when Wilkerson hit it over on two to a wide open part of the court.

Claes and Sponcil entered the games as the hottest team in the world, winning the last two events of the pandemic-extended qualifying period to grab the second U.S. spot in Tokyo. In the process, they knocked out five-time Olympian Kerri Walsh Jennings.