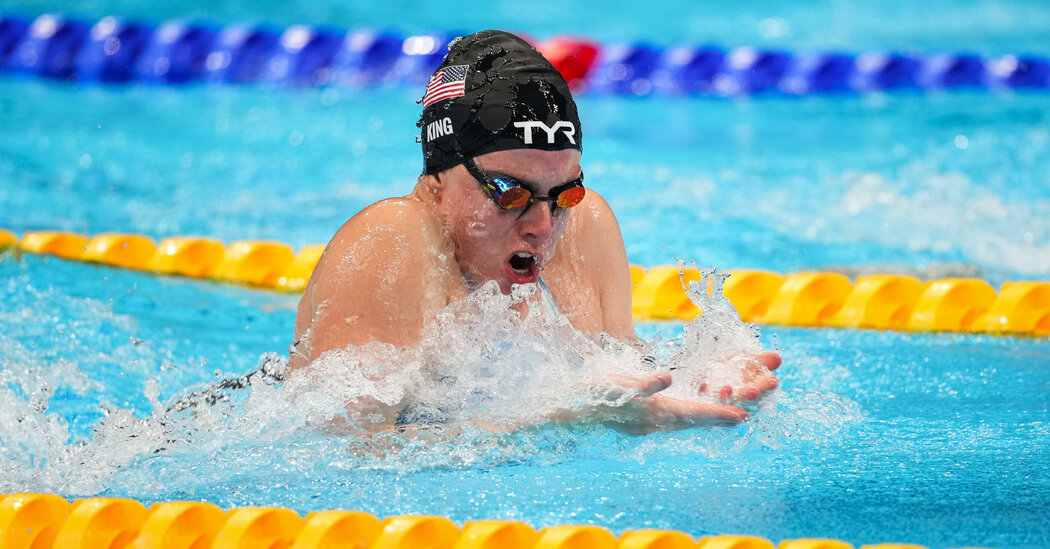 TOKYO — Lilly King of the United States will take center stage at the Tokyo Aquatics Center on Tuesday morning.

King, 24, who is from Indiana, is brash and outspoken — and dominant in the women’s 100-meter breaststroke. Undefeated at the distance since December 2015 and the current world-record holder, King is the heavy favorite to defend her gold medal from Rio de Janeiro. She would be the first two-time Olympic champion in the event.

In the first of four finals of the morning, British swimmers dominated the men’s 200-meter freestyle as Tom Dean won gold and Duncan Scott won silver. Kieran Smith of the United States, the bronze medalist in the 400-meter freestyle, got off to a slow start and could not recover, finishing sixth. He had entered the final with the second-fastest time in the semifinals.

The women’s 100-meter backstroke was a scorcher. Kaylee McKeown of Australia won gold in an Olympic record of 57.47 seconds. Kylie Masse of Canada took silver, and Regan Smith of the United States, who had set an Olympic record in the semifinals, won bronze.