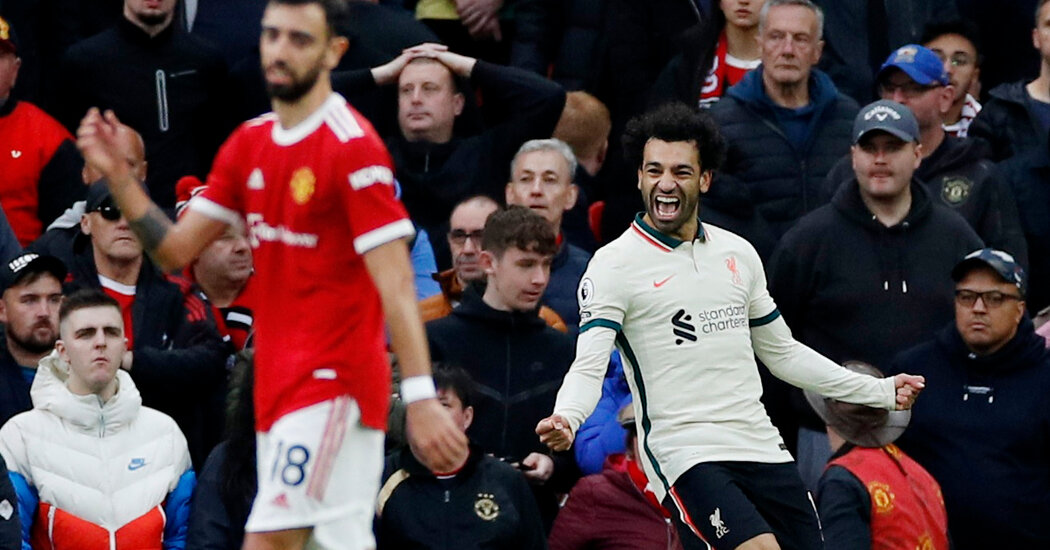 Or, perhaps, it would be the fury and the frustration that should have seen Cristiano Ronaldo sent off for lashing out at Liverpool’s Curtis Jones at the end of the first half, and eventually did see Paul Pogba — only a few minutes after his introduction as a substitute — dismissed for a wild, reckless challenge on Naby Keita.

Both were, as much as anything, an expression of United’s absolute impotence, an abdication of control rooted in the embarrassment being inflicted on Solskjaer’s players. They were powerless to match Liverpool. They were unable to stop Keita, Salah and Roberto Firmino, in particular, who cut through them at will. They had lost the game, and so they lost their cool.

It was Solskjaer who had to answer the questions at the end, who had to conjure whatever explanation he could, who had to give an instant, taped deposition for what will be, largely, an inquest into his own continued viability. And it is Solskjaer who will be dismissed, in some quarters, as nothing but a frontman for the great Manchester United tribute act, a sort of glorified mascot for a club whose business model is based on milking former glories.

That is the way it is, the way it has always been, but it should not disguise the fact that he is not solely to blame. The core difference between United and Liverpool is not just in the quality of their coaches — Solskjaer, granted his job on the basis of his playing career, and Klopp, who earned his because of what he had achieved as a coach — but in the coherence of their structures.