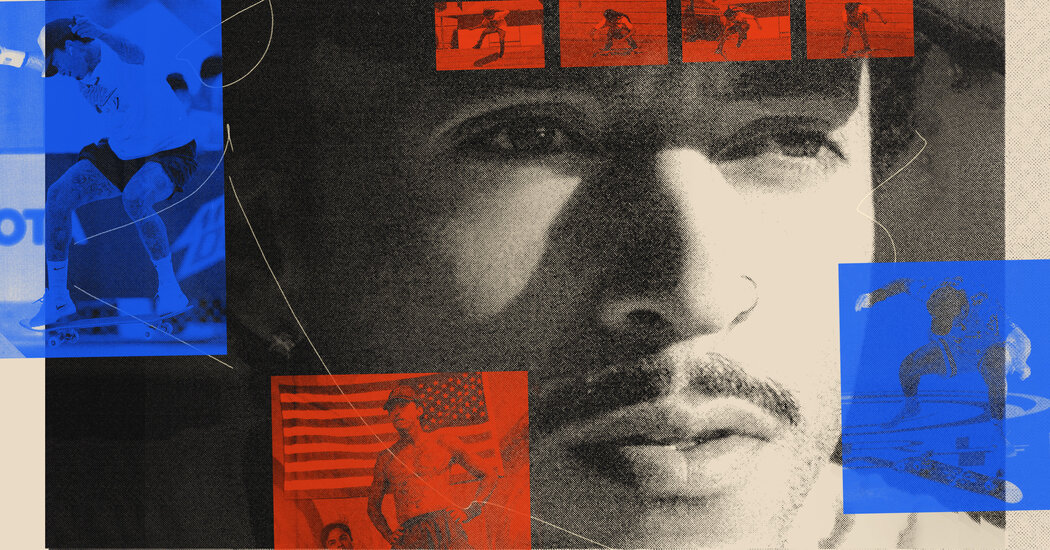 “If he can make it through his teen years, I think he’s the future of street and park skateboarding,” Dan Bostick, president of World Cup Skateboarding, said at the time.

In the same article, Adeyemi Huston acknowledged that the attention was overwhelming. He handled all aspects of Nyjah’s career — management, coaching, travel, filming. From 2006 to 2008, from the ages of 11 to 13, Nyjah averaged $310,000 per year in sponsorships and contest winnings, according to court documents.

“We’re learning,” Adeyemi Huston said. “We’ve set principles to keep the hype and distraction out of his view.”

To truly keep it hidden, he moved the family to Puerto Rico. They found an isolated mountain farm. It was a life of tropical fruit and farm animals, reggae music and marijuana, dirt bikes and board games. Water and electricity came and went.

“The two younger ones kind of liked it,” Kelle Huston said. “But the older ones were miserable, and Nyjah, in the middle, was miserable, too, because there was nowhere to escape. Here he is in 21 acres of dirt. Adeyemi’s like, ‘Oh, don’t worry, Ny, I’m going to build you a training facility out here.’”

The illusion fractured, along with the family, under the competing strains of social isolation and Nyjah’s growing fame. Skateboarding connections withered. Appearances and contests were missed. Sponsors grew frustrated. Nyjah’s earnings in the first full year in Puerto Rico were half of what they were the year before.

Two years into the Puerto Rico experiment, Kelle Huston devised an escape plan. She would take the other children to visit California while Adeyemi and Nyjah, then 13, traveled overseas. She had no intention of going back.

“I had to leave Nyjah behind because it was the only safe route for me to get out,” she said. “Nyjah came out to the van to say goodbye to his siblings and me. Nyjah and I looked at each other, and we both just silently cried. He knew. He knew what I was doing.”

Isha, then 9, fought to return to Puerto Rico to visit her father. Her mother relented, and Isha stayed. She and Nyjah lived with Adeyemi in Puerto Rico for about a year.