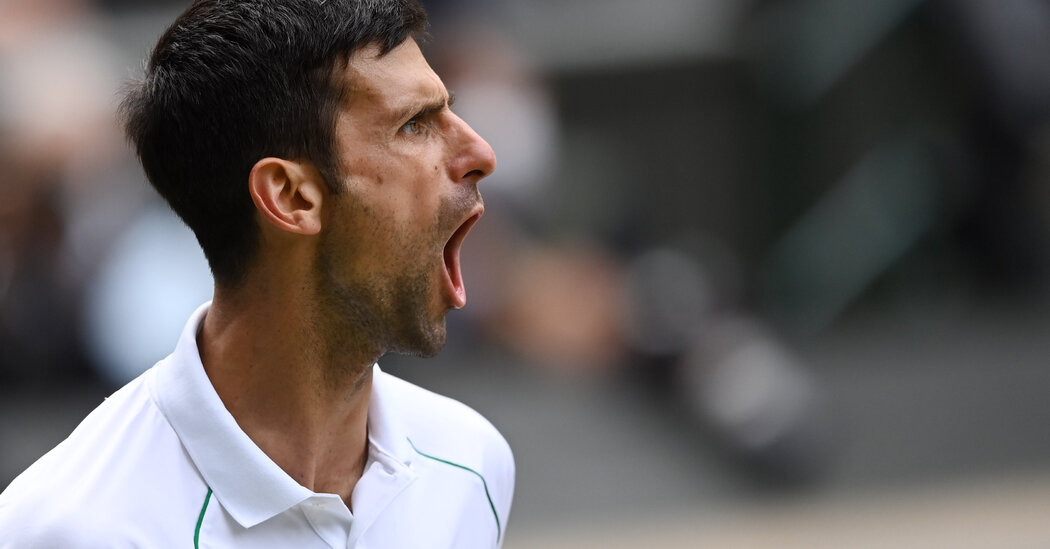 The victory gave Djokovic, the world’s top-ranked tennis player, his 20th Grand Slam singles title, tying him with Roger Federer and Rafael Nadal. Just as importantly, it gave Djokovic his third Grand Slam title of the year and positioned him to become the first man in more than a half-century to win the calendar Grand Slam when he competes at the U.S. Open later this summer.

Djokovic won the Australian Open in February, the French Open last month, and captured the Wimbledon title for a sixth time on Sunday, successfully defending the title he won in 2019, the last time Wimbledon was held.

Rod Laver was the last man to win the calendar year Grand Slam, in 1969. Since then, no male player has arrived at the U.S. Open holding three Grand Slam titles in the same year.

Djokovic, though, has even given himself a chance to attain the so-called Golden Slam, which is the four major championships plus the singles gold medal in the Olympics. Steffi Graf is the only player to have completed a Golden Slam, in 1988.

Djokovic has yet to decide whether he will compete at the Tokyo Olympics, scheduled to begin in less than two weeks. He has said he might skip the event if Japan did not allow any spectators, a decision Japanese officials made last week.

Berrettini, a powerful Italian with a booming serve and a massive forehand, steam-rolled through his first six matches at Wimbledon. But he was competing in his first Grand Slam final against the last player anyone would want to face, especially with the most important championship in the sport on the line.

Djokovic was playing in his 30th Grand Slam singles final, and looked every bit the veteran champion. At 34 he continues to win championships at an age when champions of the previous generation had long ceased to compete for major titles.

Even more, in each of the Grand Slam finals he has played in this year he has defeated a player in his twenties who has been heralded as being ready to start winning championships.

Djokovic destroyed Daniil Medvedev of Russia in the Australian Open final. In Paris last month he stormed back from two sets down to break the heart of Stefanos Tsitsipas of Greece. Then on Sunday against Berrettini, Djokovic took care of business, picking apart the 25-year-old Italian’s 130 m.p.h serves as though they were slow-pitch softballs.

Unlike his rivals, Federer and Nadal, Djokovic has made it clear that he desperately wants to finish his career with the most Grand Slam singles championships. “I am playing for history” has become something of a mantra for him. The statement has become even more fitting now that he has the calendar year Grand Slam in his sights.