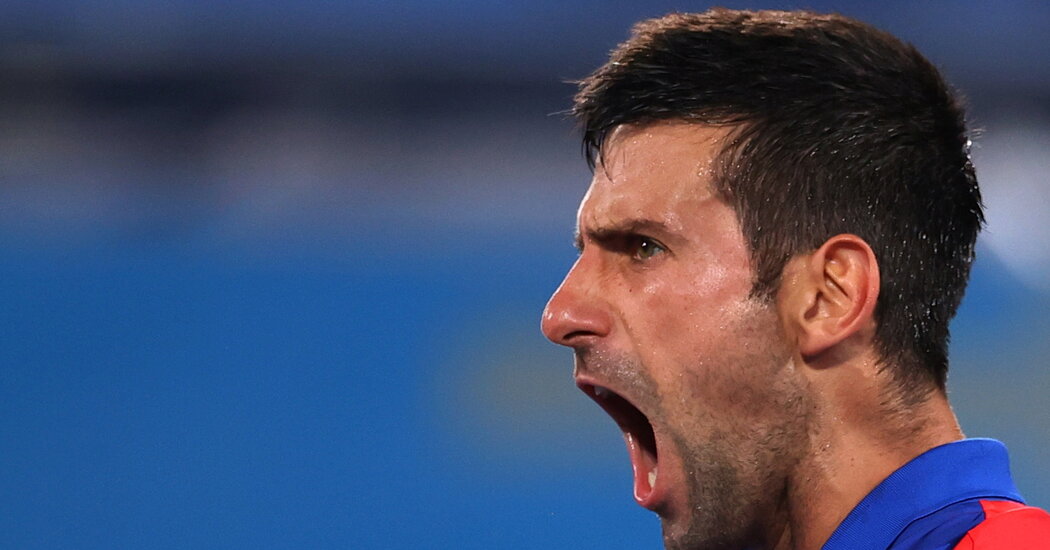 After three mostly quiet matches at the Olympic tournament, the man chasing the “Golden Slam” started letting out his trademark roars to fire himself up in his 6-2, 6-0 demolition of hometown favorite Kei Nishikori of Japan to reach the semifinals.

Neither Nishikori’s game nor the several hundred credentialed Japanese who came out to support him bothered Djokovic very much. The win put Djokovic nine matches away from achieving the “Golden Slam” — winning the four Grand Slams and the Olympic gold medal in a calendar year. No man has ever achieved the feat.

Djokovic, playing his usual relentless style, had Nishikori on the ropes from the start, breaking his serve at his first opportunity and giving Nishikori few opportunities to draw even the rest of the way. Djokovic played the match like he had a dinner reservation to get to, winning in just 70 minutes.

Nishikori had beaten Djokovic in a big spot before, taking him out in the U.S. Open semifinal in 2014, but Djokovic is playing a different style now — and on another level — and he has not lost to Nishikori since then. He has also added an aggressive net game to his arsenal, giving him the ability to finish points more quickly and limit the energy he expends in each match.

He got a little assistance on that front Thursday as the tournament organizers acceded to pressure from Djokovic and other players to move start times to the middle and later afternoons. Paula Badosa of Spain ended up using a wheelchair on Wednesday after playing in truly oppressive conditions. Djokovic and Nishikori took the court Thursday as evening descended and a breeze off the water picked up.

Djokovic won nearly twice as many points as Nishikori and gave up just seven points on his second serve. He will face either Alexander Zverev or Jeremy Chardy in the semifinals Friday. His most dangerous potential opponent, Daniil Medvedev of Russia, the No. 2 seed, lost Thursday to Pablo Carreño Busta of Spain.