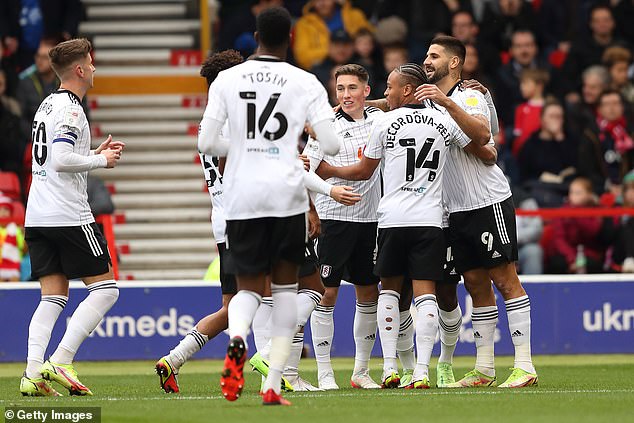 By Lewis Steele For Mailonline

Fulham returned to the automatic promotion spots this afternoon after a 4-0 win away at the division’s in-form team Nottingham Forest.

An Aleksandar Mitrovic brace added to an own goal and a Neeskens Kebano strike as Marco Silva’s Fulham passed a significant test at a team who had won four and drawn another in new boss Steve Cooper’s first five games.

The London side have won four of their last five – with a strange 4-1 thrashing at Coventry sandwiched in the middle of that run – and one would be a fool to bet against them making an instant return to the Premier League.

These three points takes them back second, behind only Bournemouth, still unbeaten under former Cottager boss Scott Parker.

It was far from an easy win, though, with Forest the better side for the best part of an hour and only a clinical finisher from levelling the contest.

Much of the pre-match chatter was about how Cooper is starting to awaken ‘sleeping giants’ Forest and, while it is early days, a deafening rendition of Mull of Kintyre pre-match painted a picture of a fanbase able to believe again.

But just seven minutes were on the clock when they were silenced and hit with a strong dose of reality. Rome wasn’t built in a day and, for all the positives around Cooper’s start, defensive mistakes can’t be eradicated overnight. 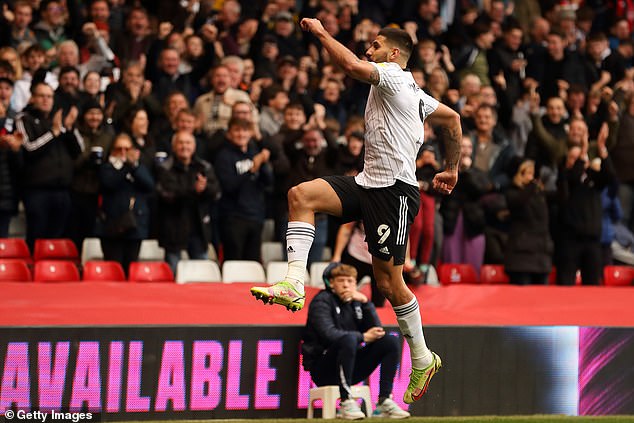 As Fulham’s Jean-Michael Seri sentin a corner from the left, the Forest defending was statuesque and shoddy. Mitrovic snuck in at the near post- unmarked – and simply directed the ball goalwards with his left foot. In the melee of bodies in the six-yard box, the ball deflected into the net – later to be awarded as a Djed Spence own goal.

‘We can’t keep giving teams a head start with these sloppy goals,’ said one Forest fan below the press box. Forest had come from behind to win twice in Cooper’s first five matches, but repeating that against Fulham is a bigger task than doing so against Barnsley and Bristol City. 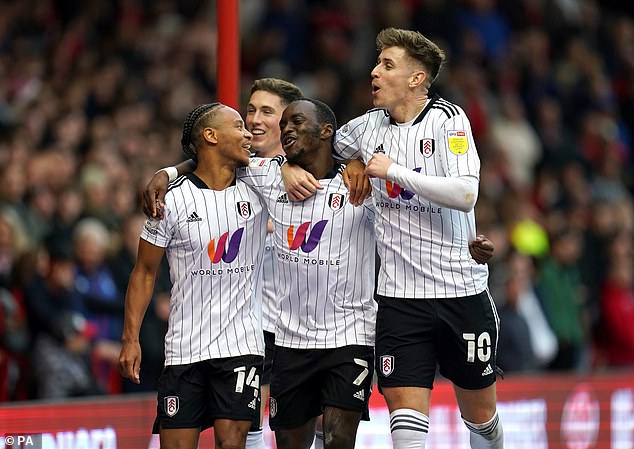 Cooper’s side responded well, though, and attacked with pace and purpose. Brennan Johnson, the 20-year-old academy graduate, was the shining light – he constantly drove at the Fulham defence but, like most of his team-mates, end-product was amiss.

Johnson swung and missed at a chance of his own late in the first half and, with the first attack of the second period, Lewis Grabban was unmarked about 12 yards out but his shanked shot went into the top tier of the Trent End.

Forest continued to be the side in the ascendency but were dealt a sucker-punch as Fulham scored three goals in eight minutes to put the game to bed. 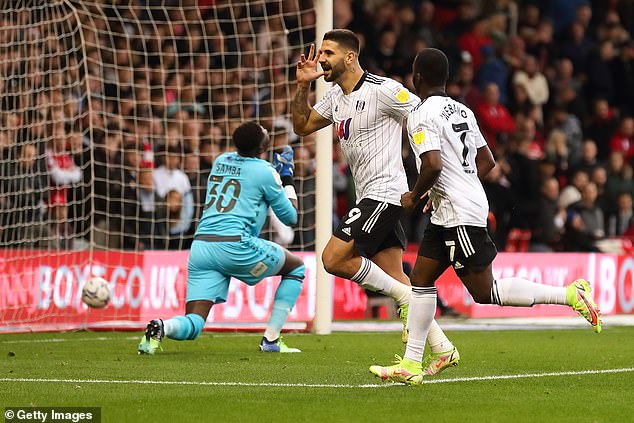 Defenders Scott McKenna and Tobias Figueiredo accidentally collided and fell to the ground, the ball falling straight to Mitrovic who tucked away from six yards out. Bad luck.

Then Harry Wilson threaded in Kebano, who unleashed a hard-and-low shot into the near post for 3-0. Game over.

Mitrovic made it four from the spot minutes later, after Denis Odoi was bundled over as he lined up a shot. Capitulation.

So this was a dose of reality for Forest but, for Fulham, the sort of hard-earned victory that sends a stark don’t-write-us-off message to the rest of the division. 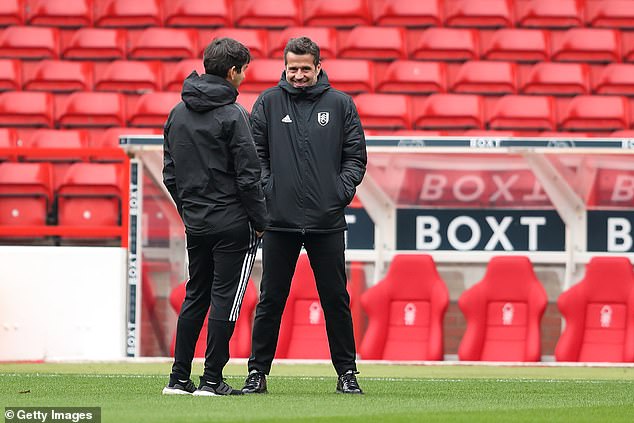