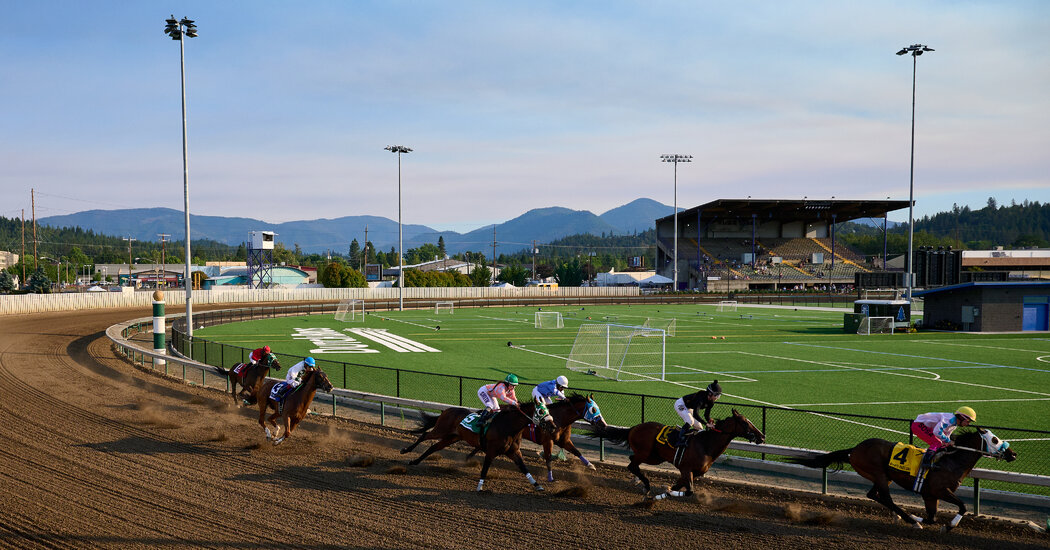 Scriver, however, has a dream.

“I want to go to Kentucky and ride,” she said. “I want to ride at Churchill Downs — even a small race.”

Scriver has been atop a horse since learning to walk — as a little girl in 4H in Curlew, Wash., and barrel racing at rodeos as an adolescent. When she was 13, she asked a friend of her father’s, who owned thoroughbreds, to teach her to gallop.

By 16, she was galloping horses for $12 a ride in the mornings and playing high school volleyball and softball in the afternoons. She got her jockey license at 18, winning for the first time in her 11th start aboard Bobbygenesjustice on Aug. 10, 2019, at the Tillamook County Fair.

She has had about 500 starts since then, has won 77 of them and finished in the money in nearly half to earn more than $590,000 in purse money. She won the riding title here in the fall and held her own over the winter against more experienced competition at Turf Paradise in Arizona.

Scriver keeps up a steady diet of galloping horses in the morning. She has to — those $12 spins add up. But trainers at bigger tracks such as Emerald Downs near Seattle have noticed her, and she is starting to get two, three, up to six mounts a day there.

“All the girls here can ride, but Joree has the drive to match her talent,” said Smith, who gives Scriver first call on her horses. “She can go as far as she wants.”

Grants Pass Downs has long been Boersma’s refuge from the world. He followed his father here as a boy, prowling the grandstand for winning tickets mistakenly thrown away, then using the proceeds to pick winners.