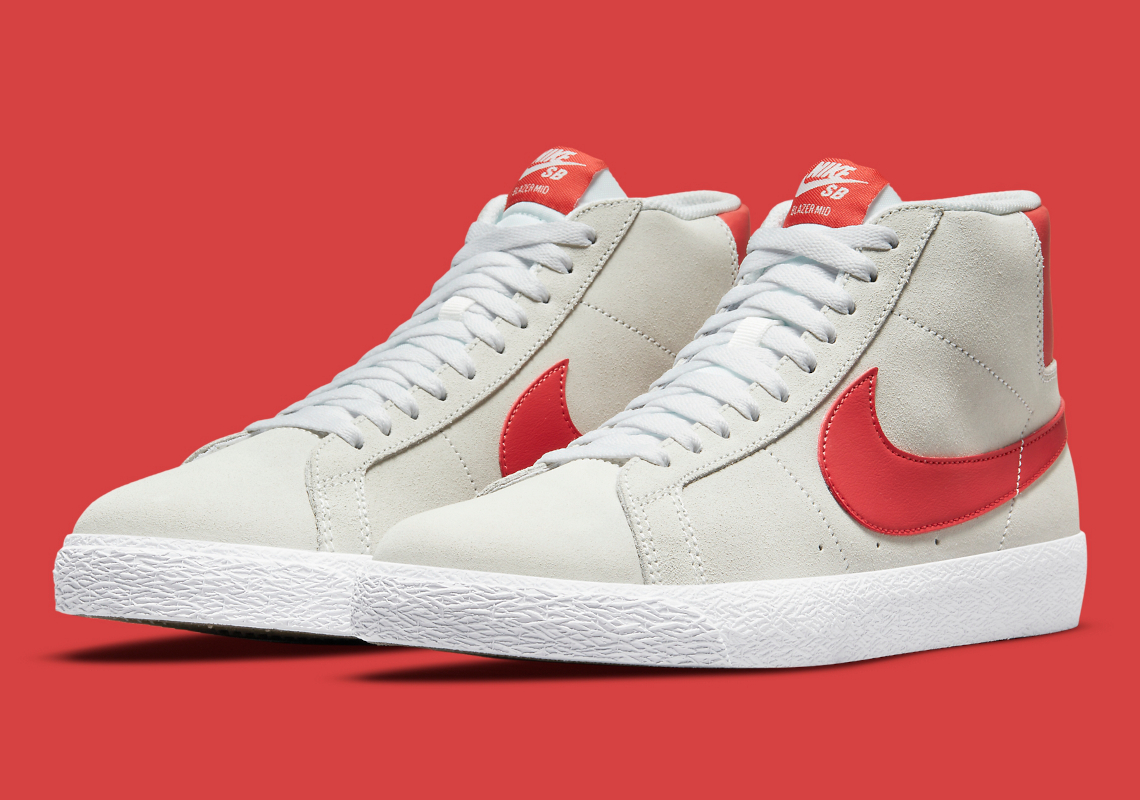 Although the Nike SB Blazer Mid hasn’t enjoyed the mainstream success of another basketball-turned-skateboarding silhouette, it’s served as a reliable option to diehard skaters for decades. For its latest ensemble, the sneaker has emerged in a “Summit White/Lobster/White” colorway.

Unlike storied collaborations with Concepts from yesteryear, the upcoming pair employs a reddish accent reminiscent of the shelled sea creature officially dubbed “Lobster.” Off-white suede across the entirety of the upper deviates from the eye-catching profile swooshes and accompanying branding, while proffering a reinforced material to those who put their footwear through a beating. Midsoles go for a “colorless” arrangement that allows for the herringbone patterned outsole’s brown makeup to revel in the spotlight.

Enjoy official images of the latest proposition from Nike SB here below, and anticipate the pair landing on Nike.com during October.

For more from the Swoosh brand, check out all of the latest Air Max 97 styles. 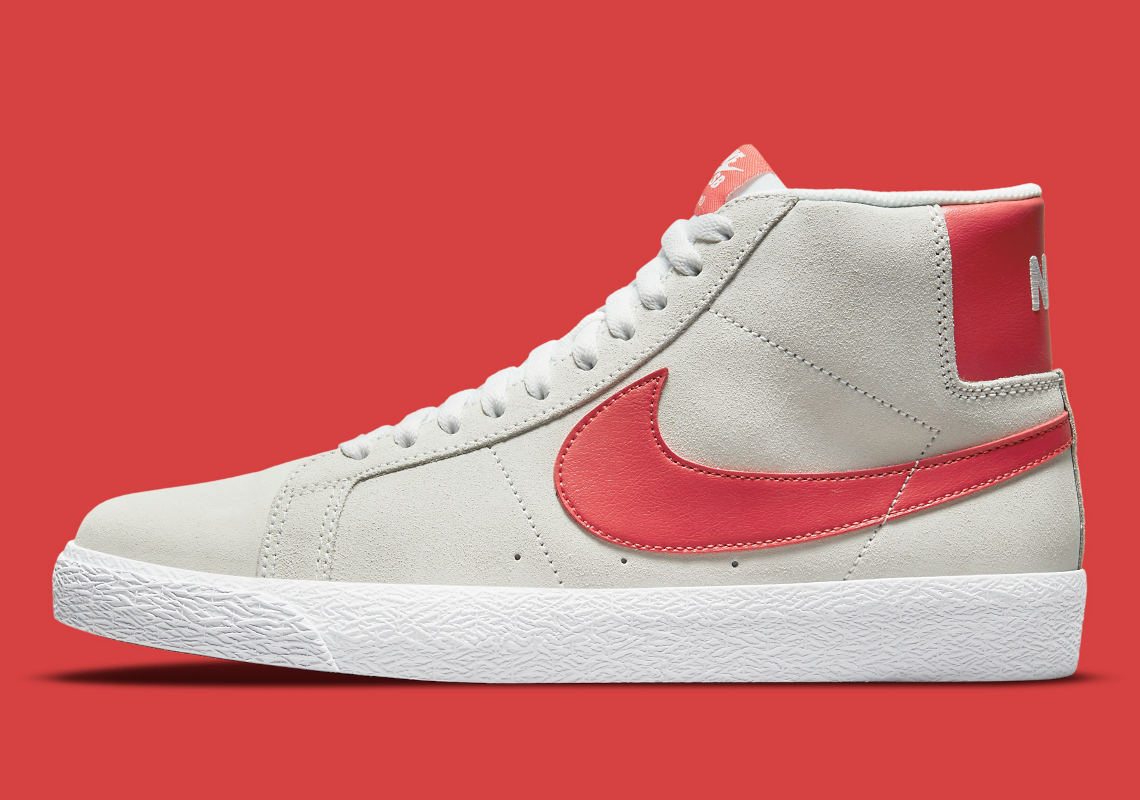 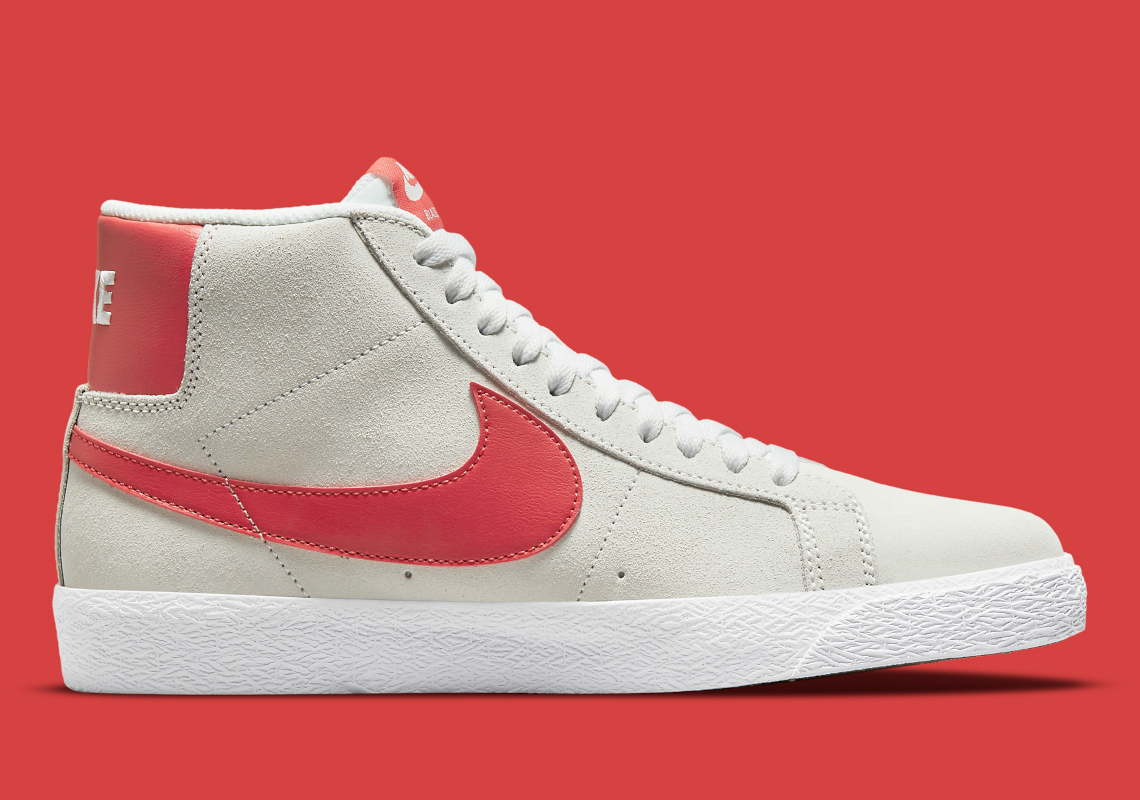 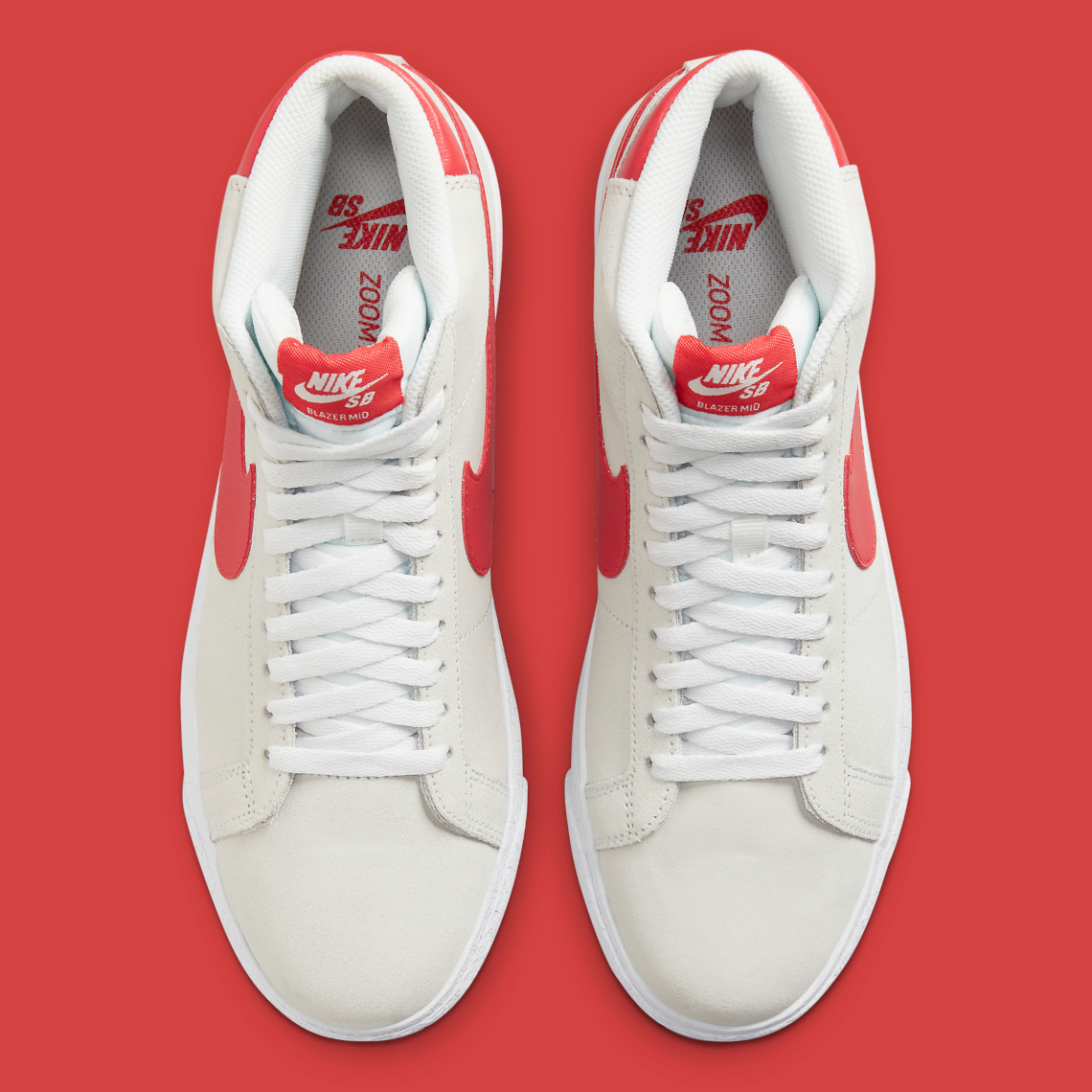 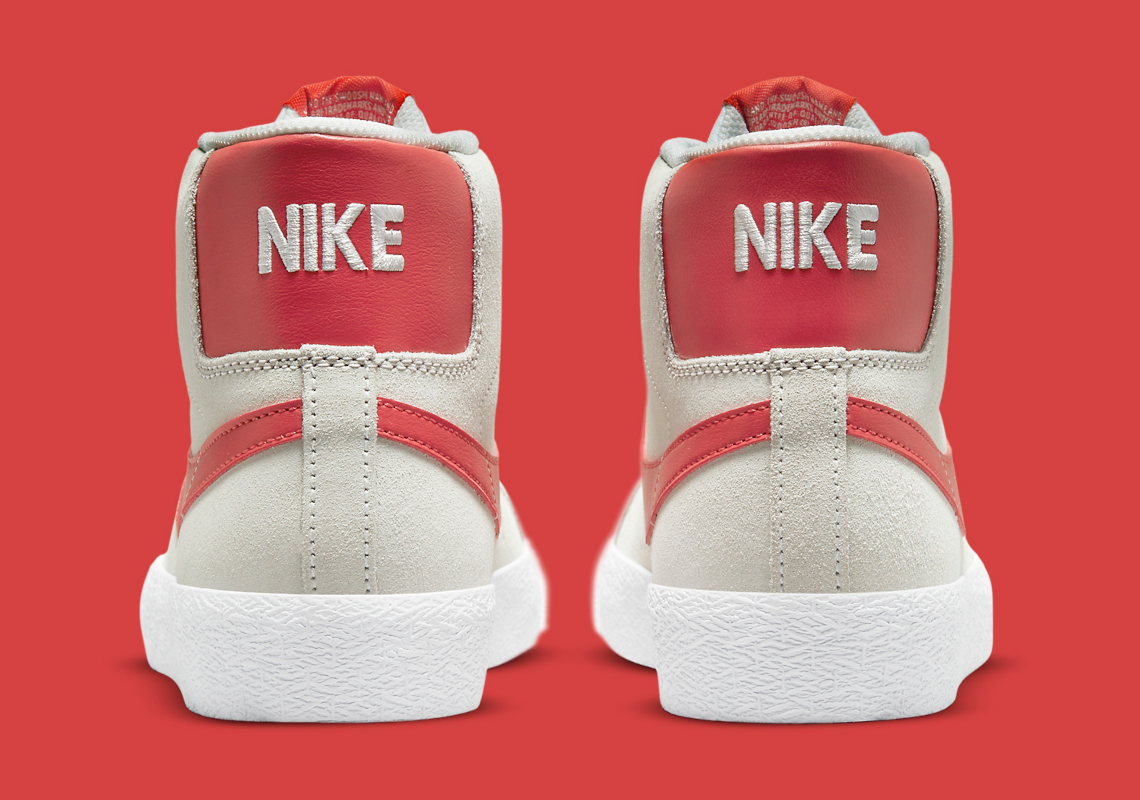 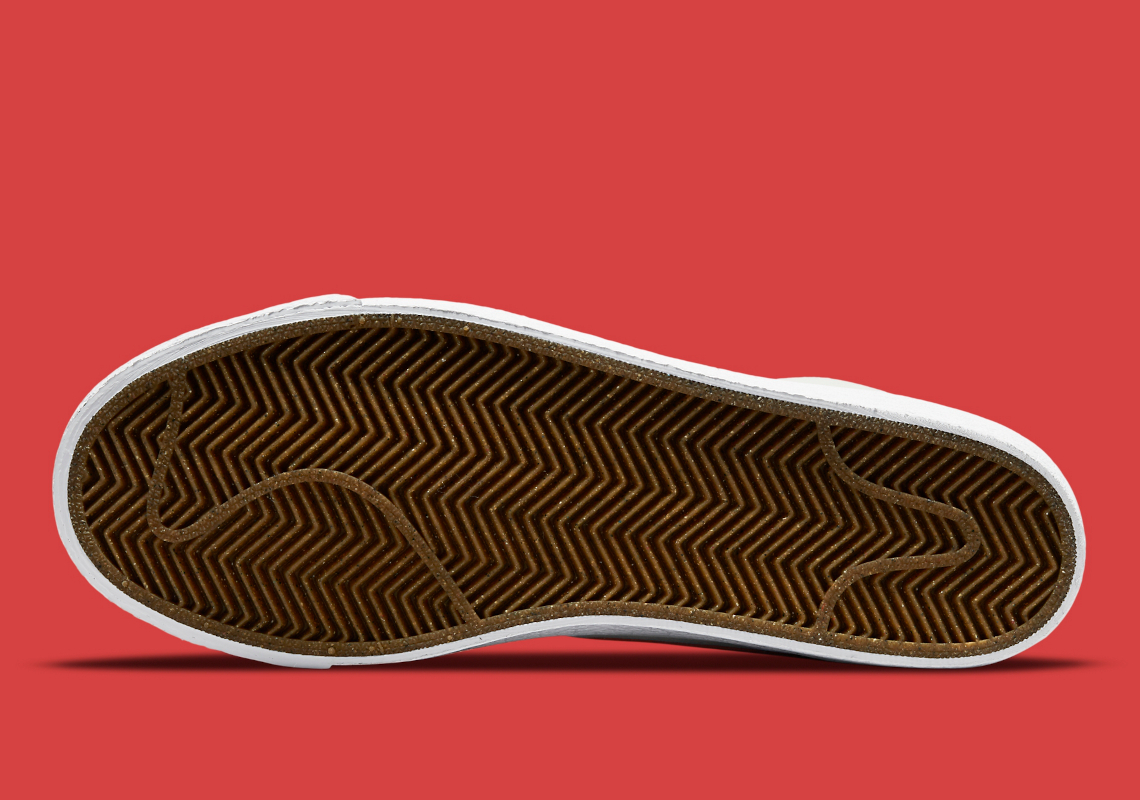 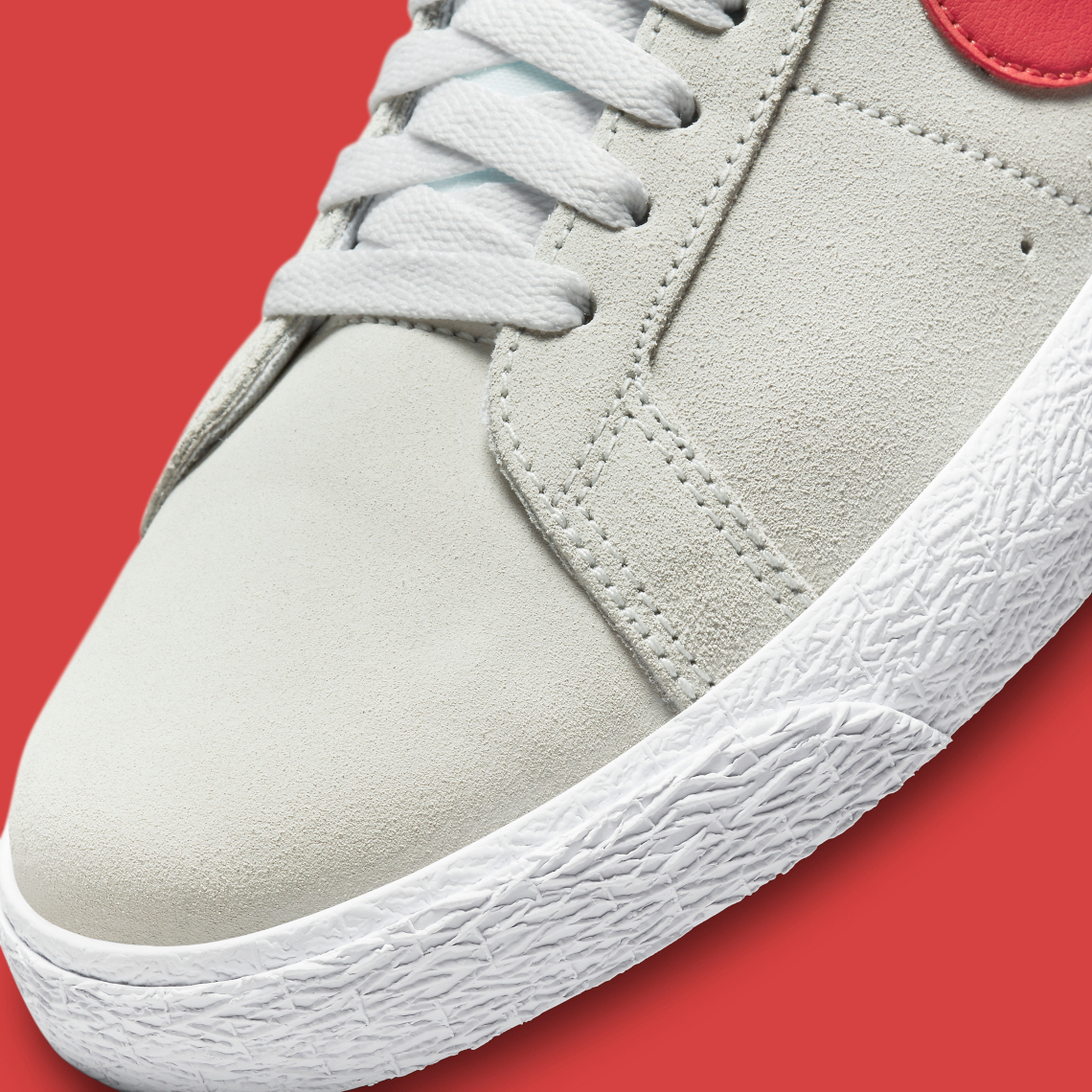 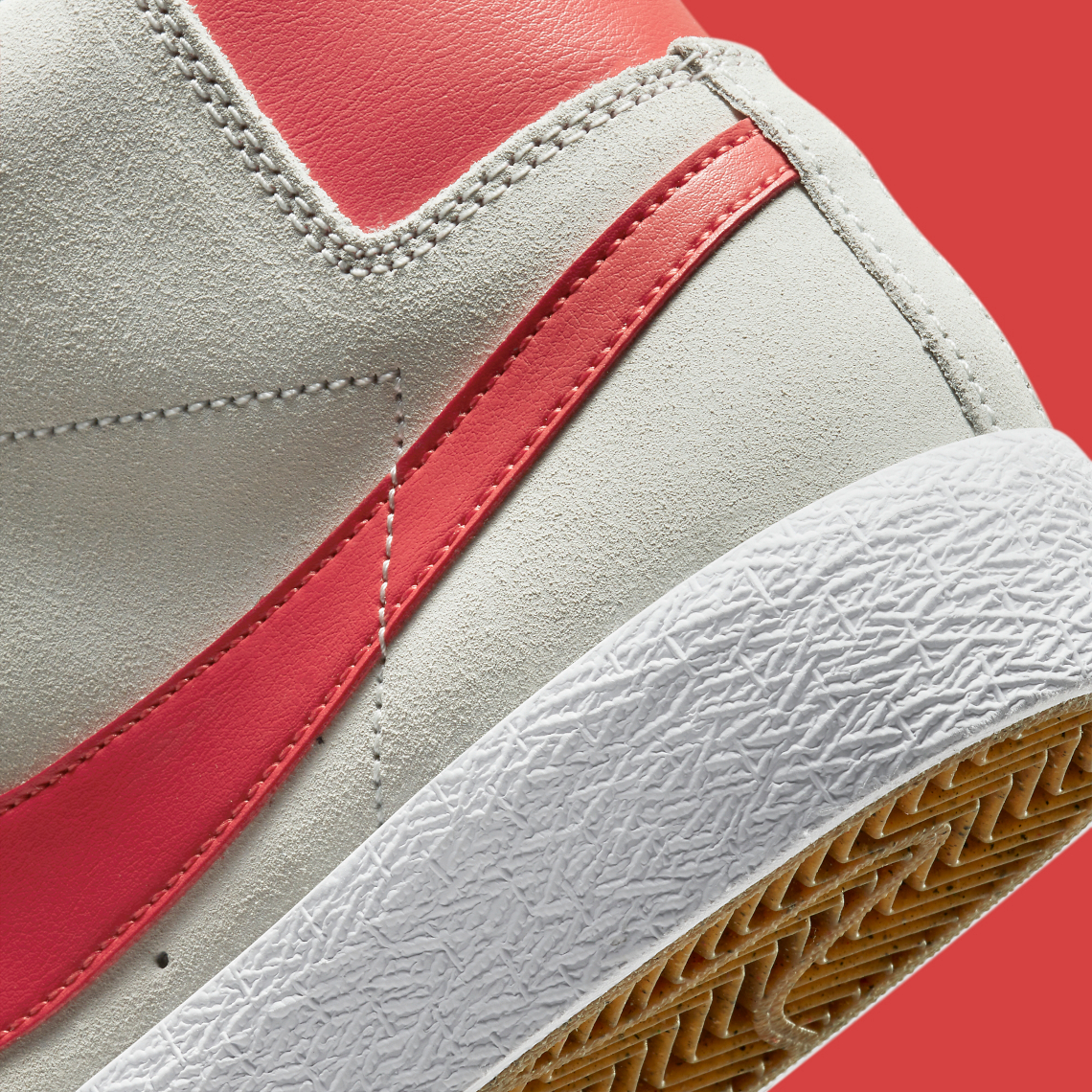