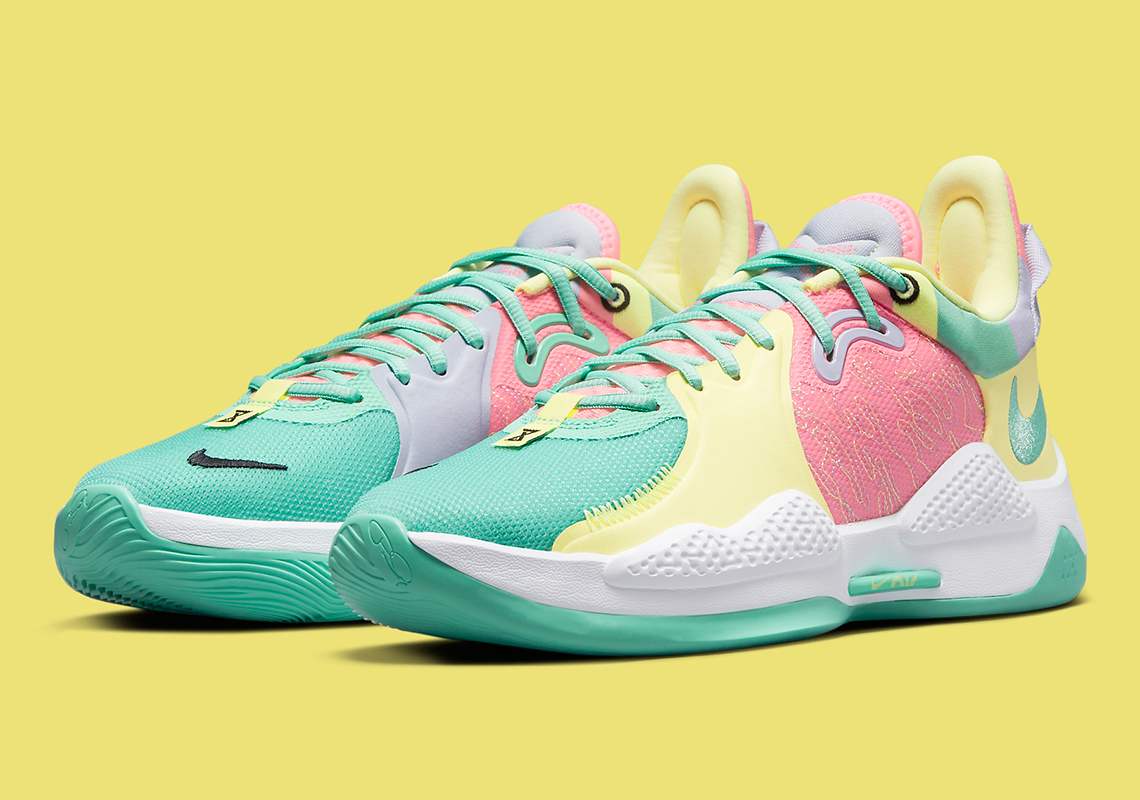 From Playstation 5 to Pickled Peppers, the colorways on the Nike PG 5 have been on an impressive streak since the silhouette’s debut in late 2020. It emerges once more, boasting a full palette of paste hues with some punchy color-blocking that sees the spring season enhanced via green glow, sunset pulse, soft yellows, and muted purples. While the construction of the shoe is fairly standard, the ankle features a bold striping pattern, further allowing for some creative color placements not yet seen on the PG 5.

Further giving these a bit of that late Easter flair is the embroidered Swoosh logo at the heel, only further reminding us of the odd timing of this release. Were these intended to drop in April, or is Nike just surprising basketball fans with a rather unseasonal approach to a Fall colorway? There’s also rumblings that these could be a tribute to Paul’s daughters Olivia and Natasha. In any case, these are hitting Nike Basketball retailers soon as these have already appeared overseas.

In other hoops news, did you see the first look at the Jordan Westbrook One Take 3? 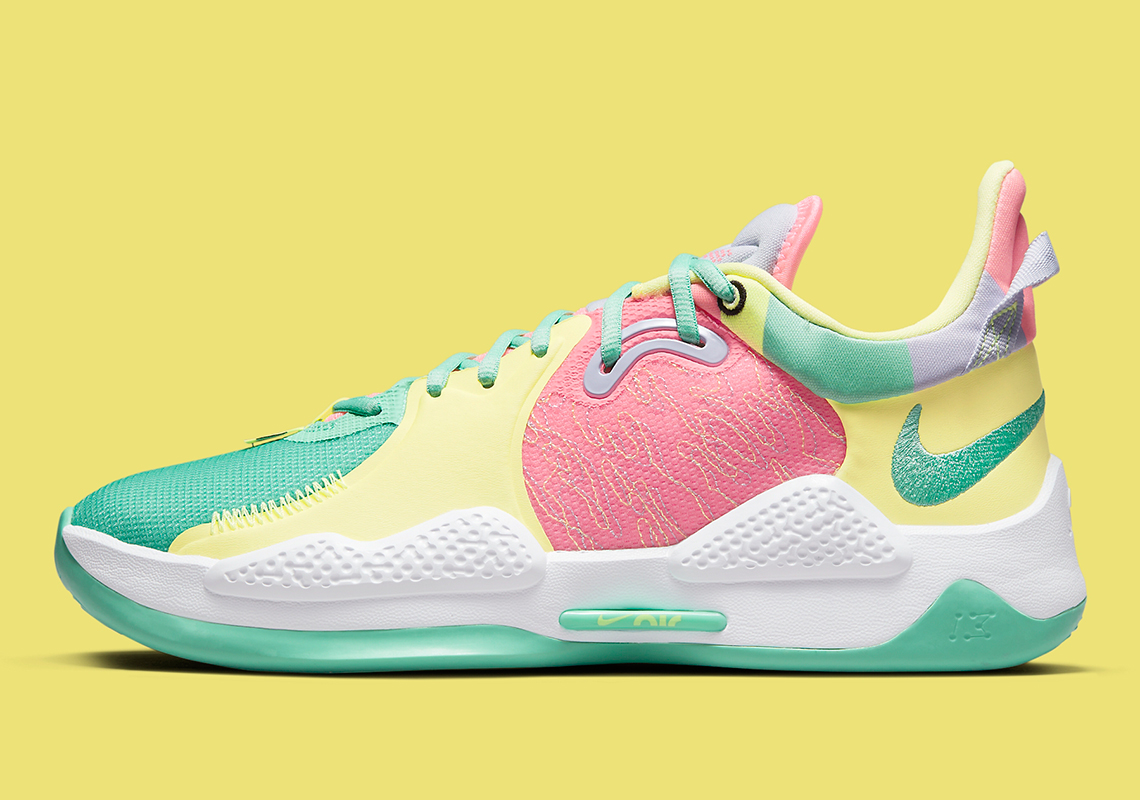 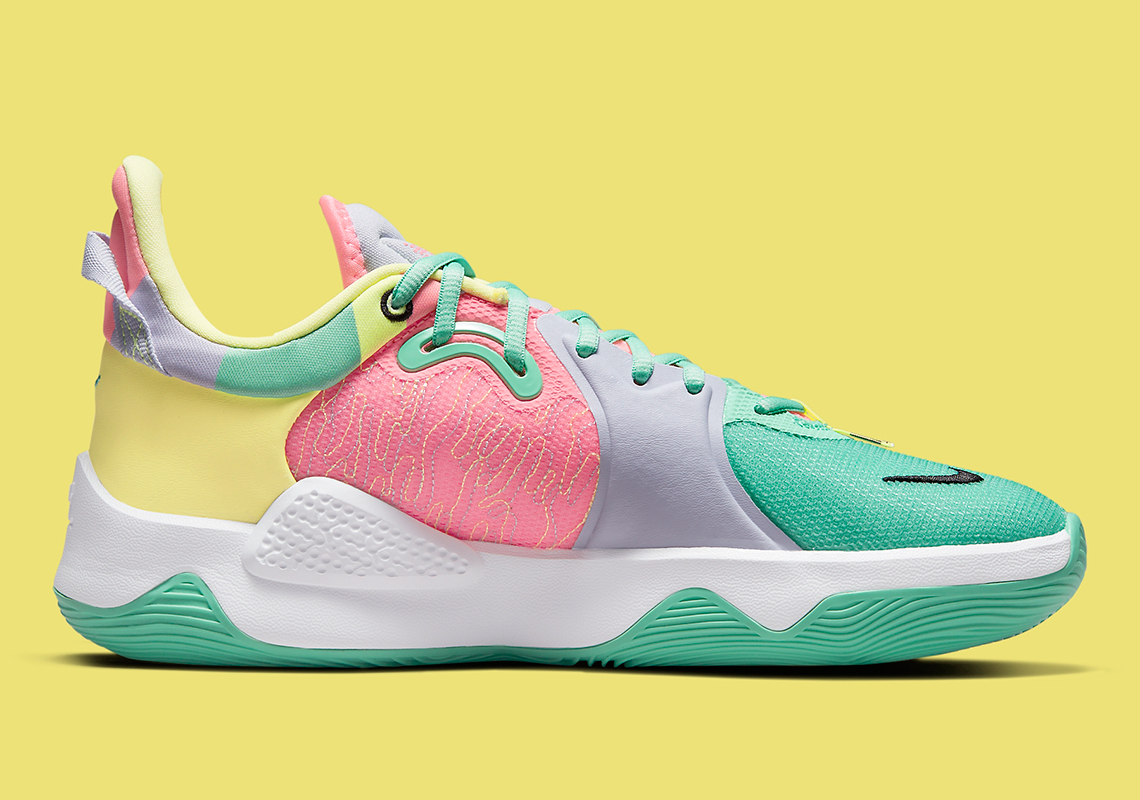 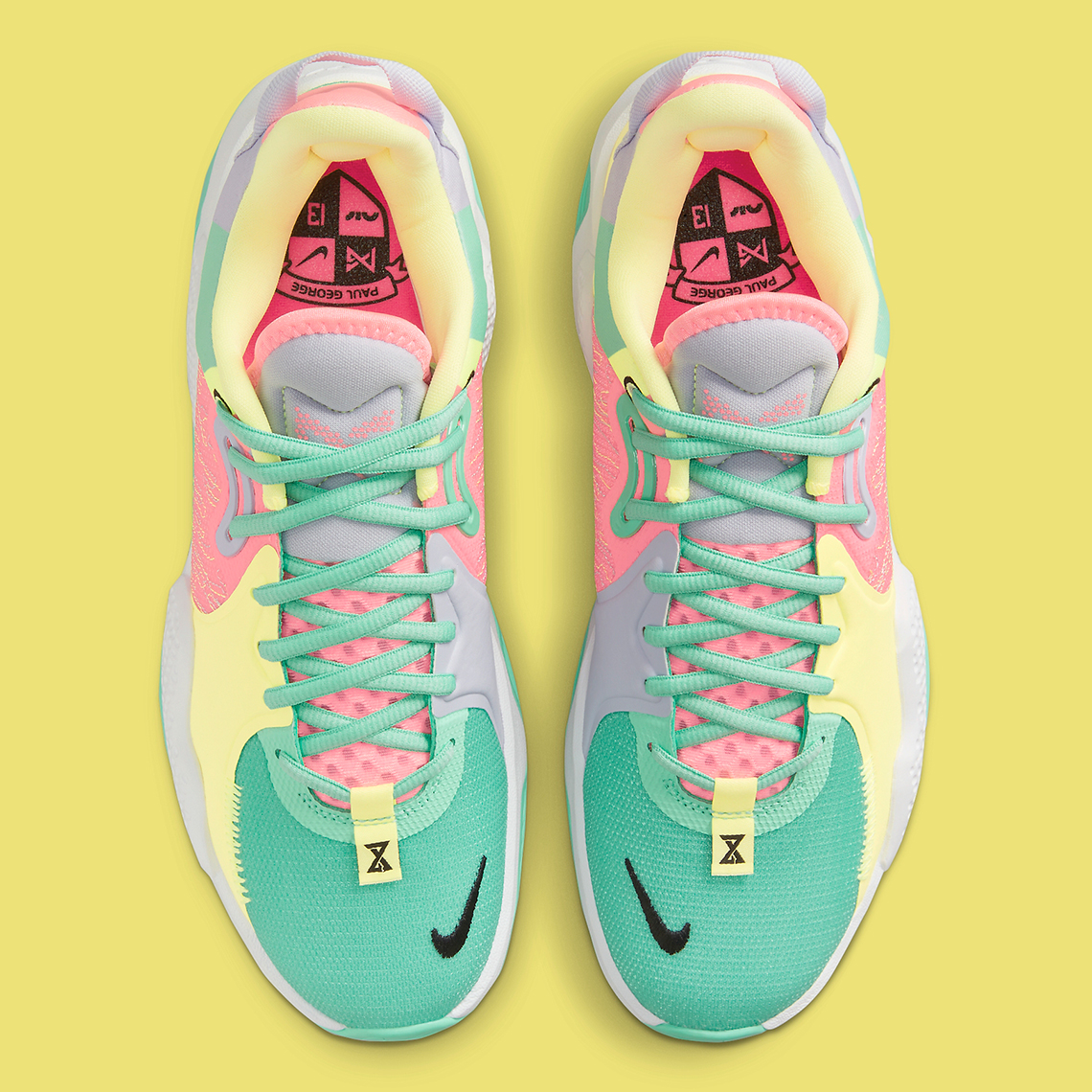 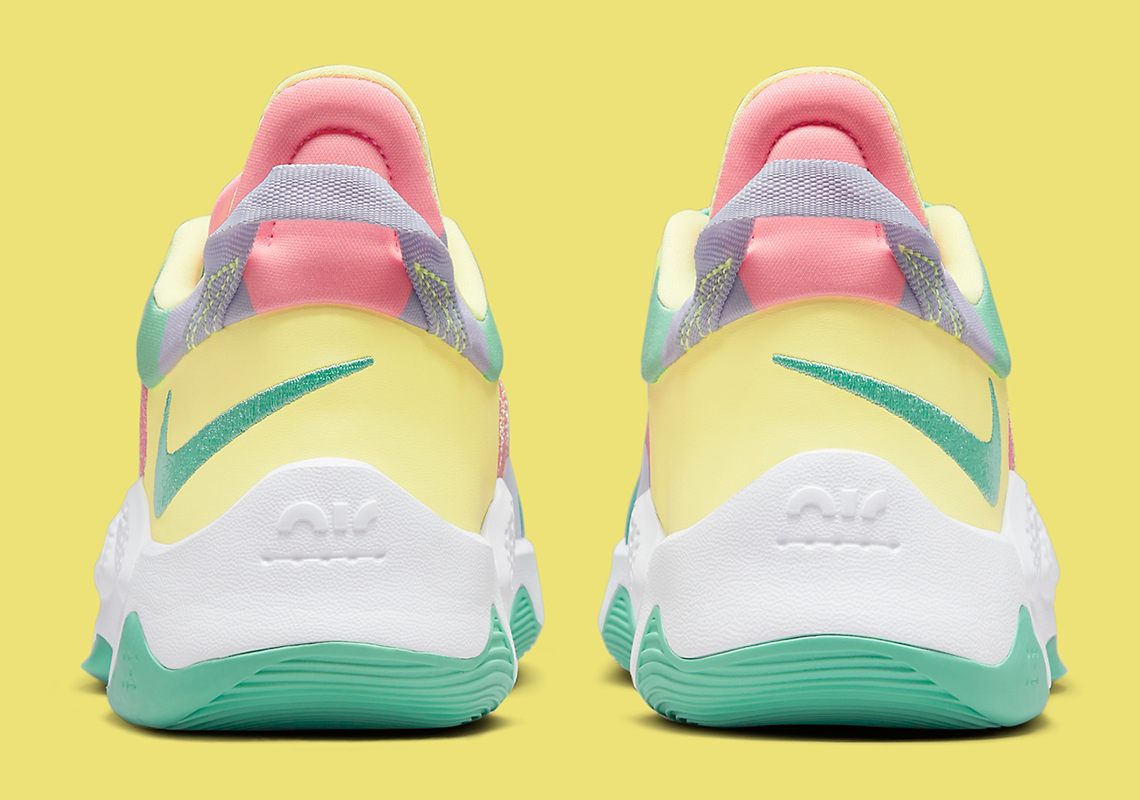 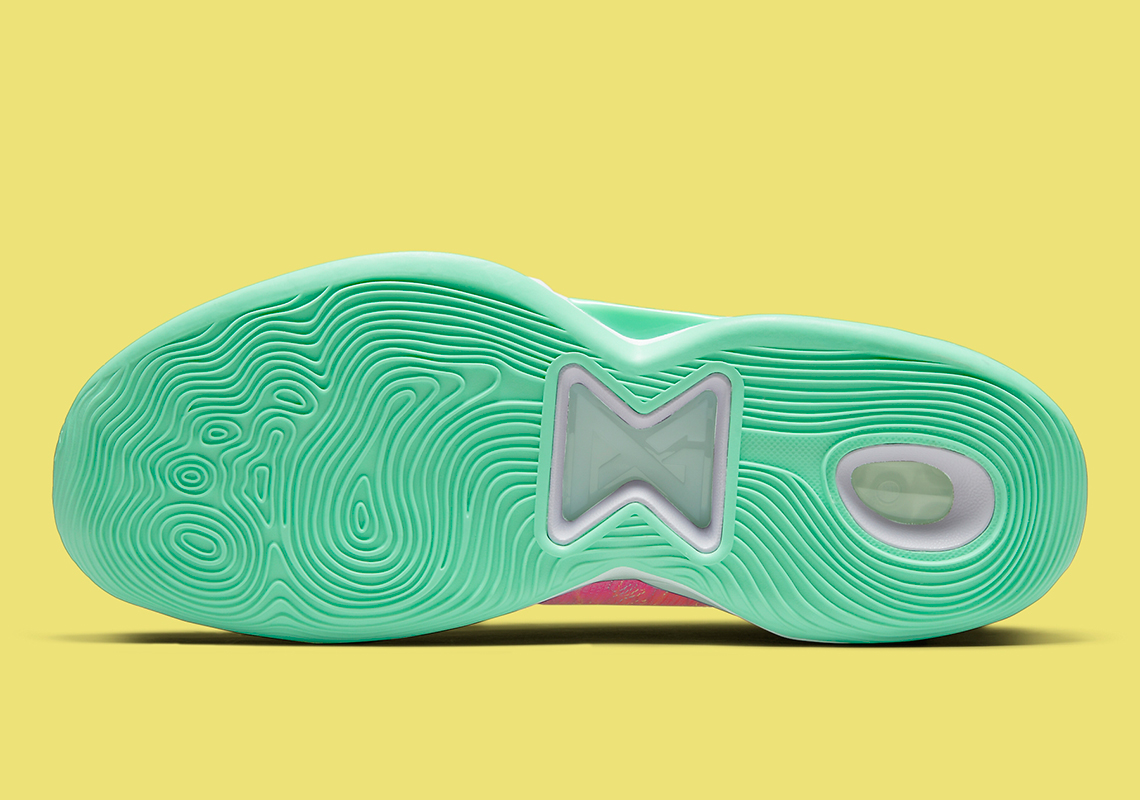 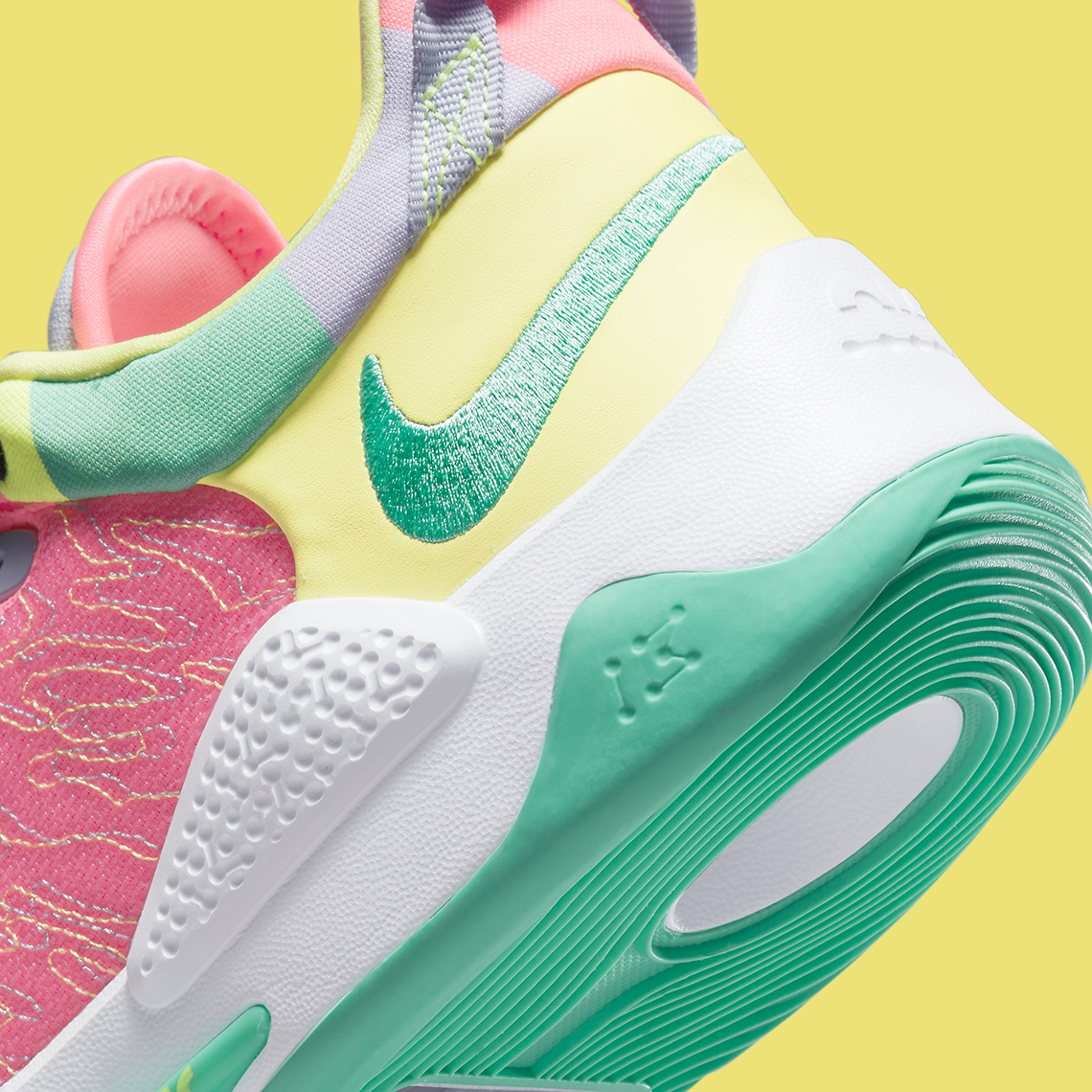 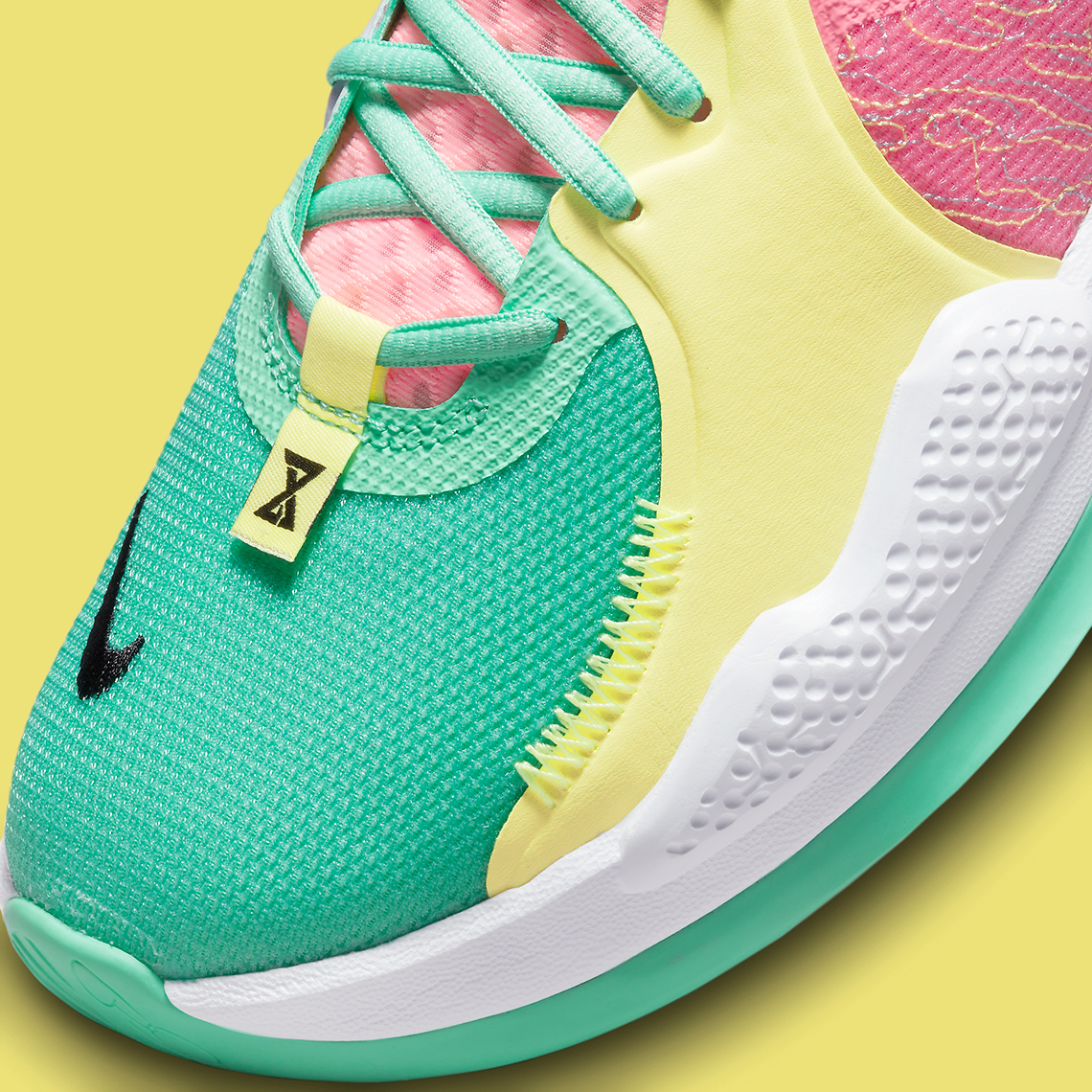