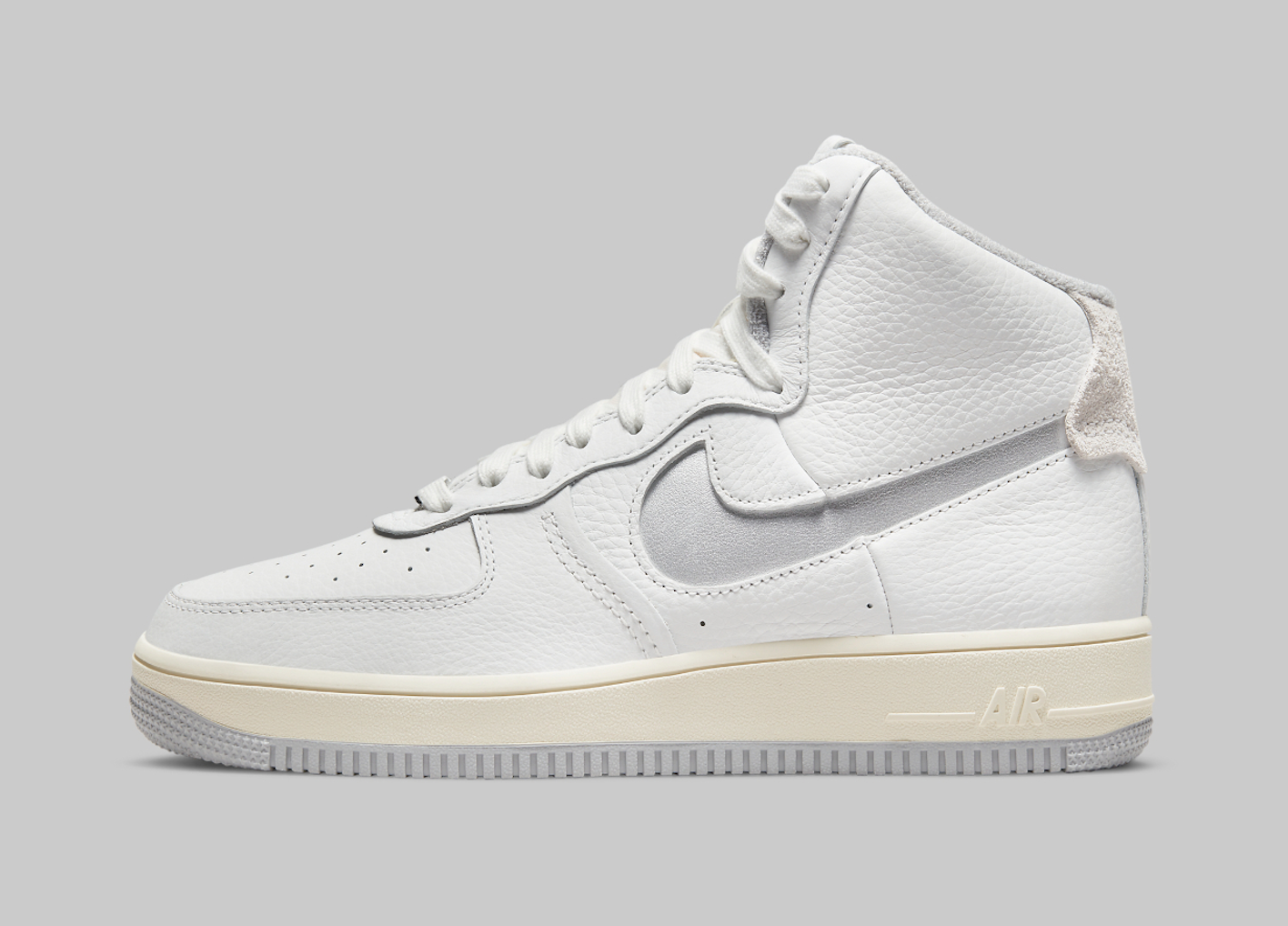 As the Nike Air Force 1 High heads into its 40th anniversary, the silhouette has rewound the clock to its debut 1980s era via handfuls of vintage-looking ensembles.

Although the full scope of the sneaker’s milestone celebration hasn’t been revealed, it’ll include dozens of close-to-original colorways, like a newly-surfaced “Summit White/Light Smoke Grey/Coconut Milk” option that forgoes the canvas ankle strap for a cleaner aesthetic. Textured leather across Bruce Kilgore’s iconic Nike Air Force 1 indulges in a “colorless” makeup, while cut-out profile swooshes, sock-liners and tread patterns boast a contrasting shade of grey. Suede swaths at the top of the heel opt for an off-white hue that appears at the laces and midsole in varying hues, with the latter proffering an “aged” look to the pair. Shimmering silver lace dubraes round out the look, further harkening back to yesteryear.

Enjoy official images of the high-top Air Force 1 here below, and anticipate a Nike.com launch in the coming months.

For more from the NIKE, Inc. family, check out the Air Jordan 36. 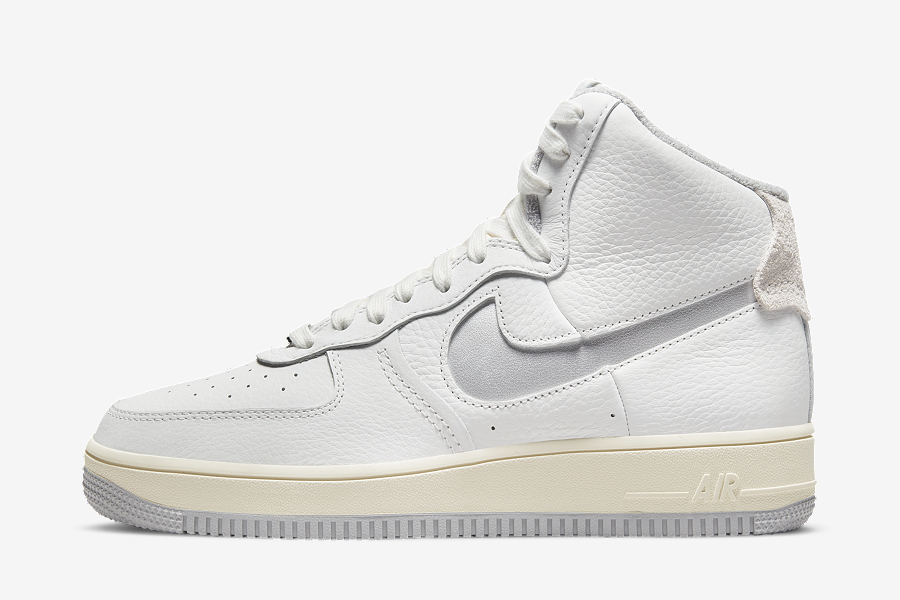 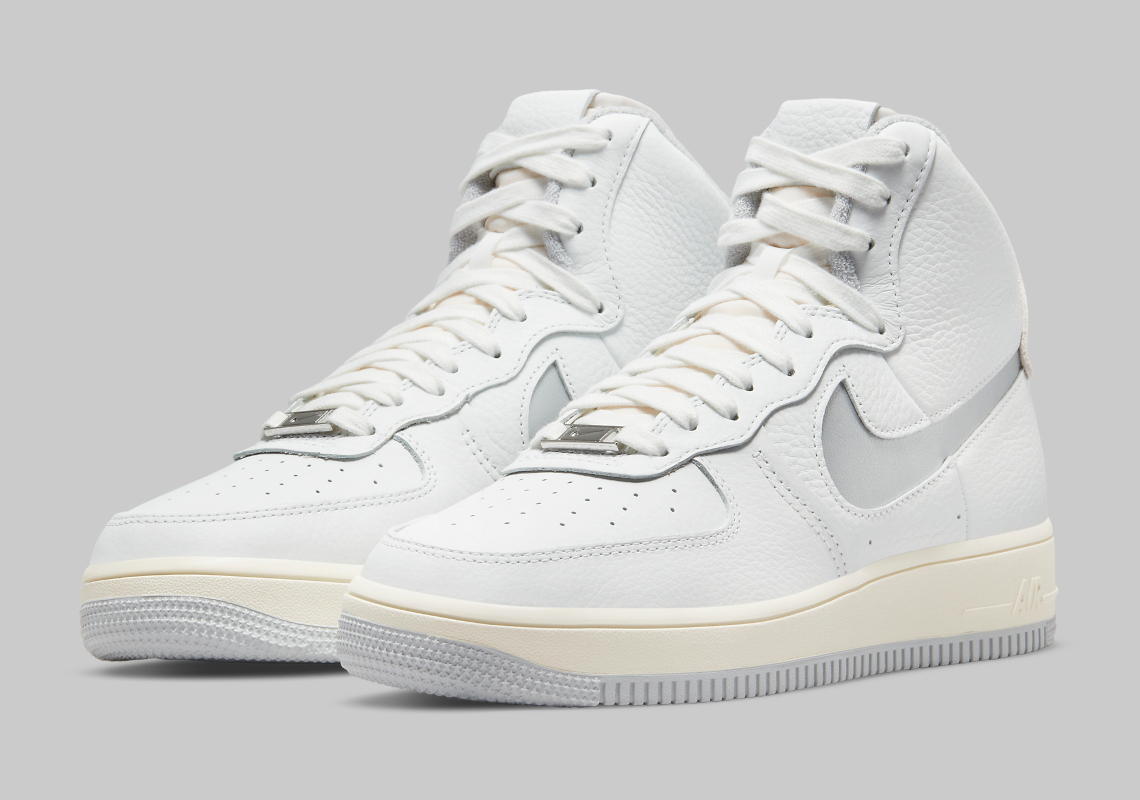 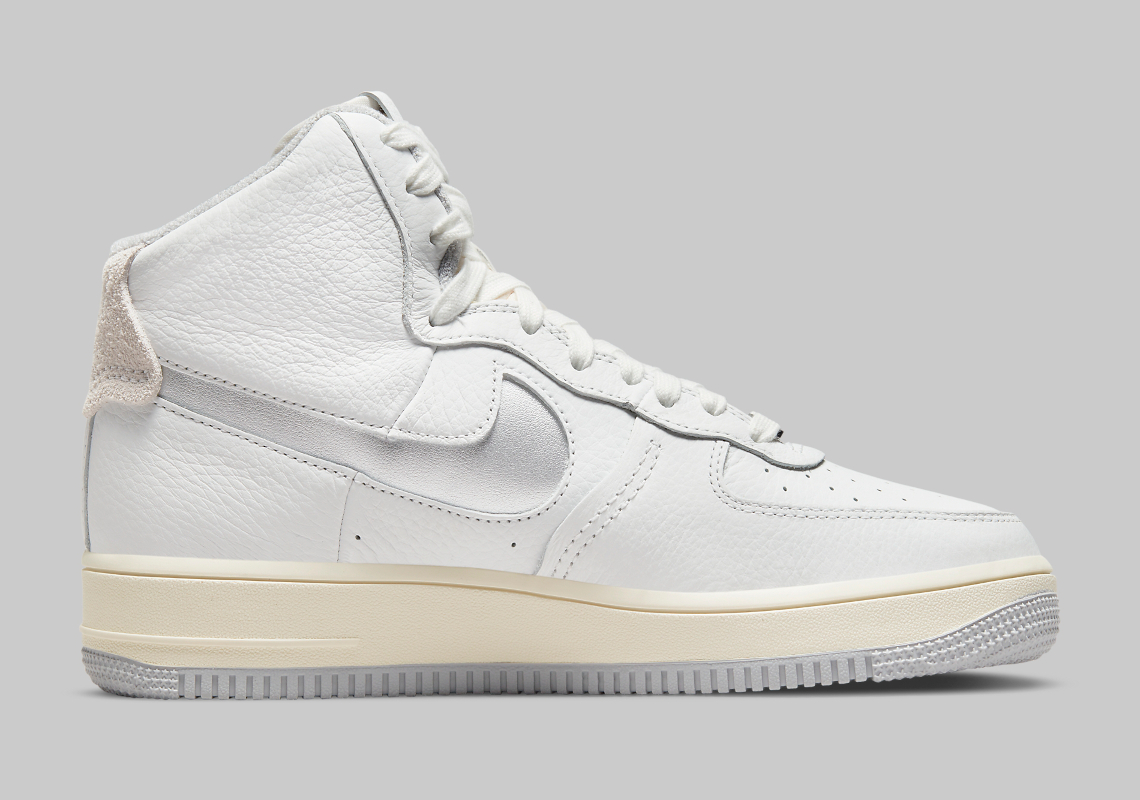 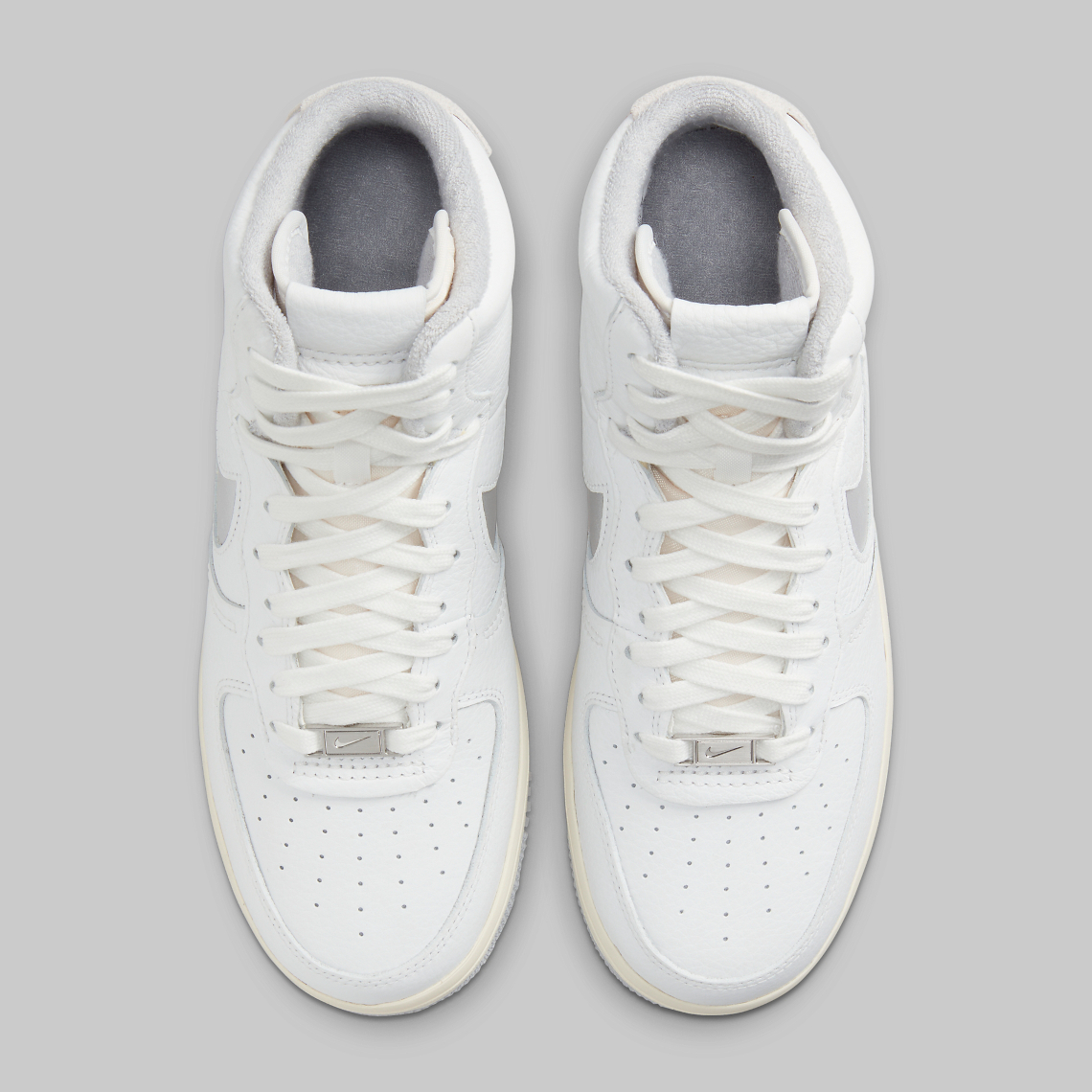 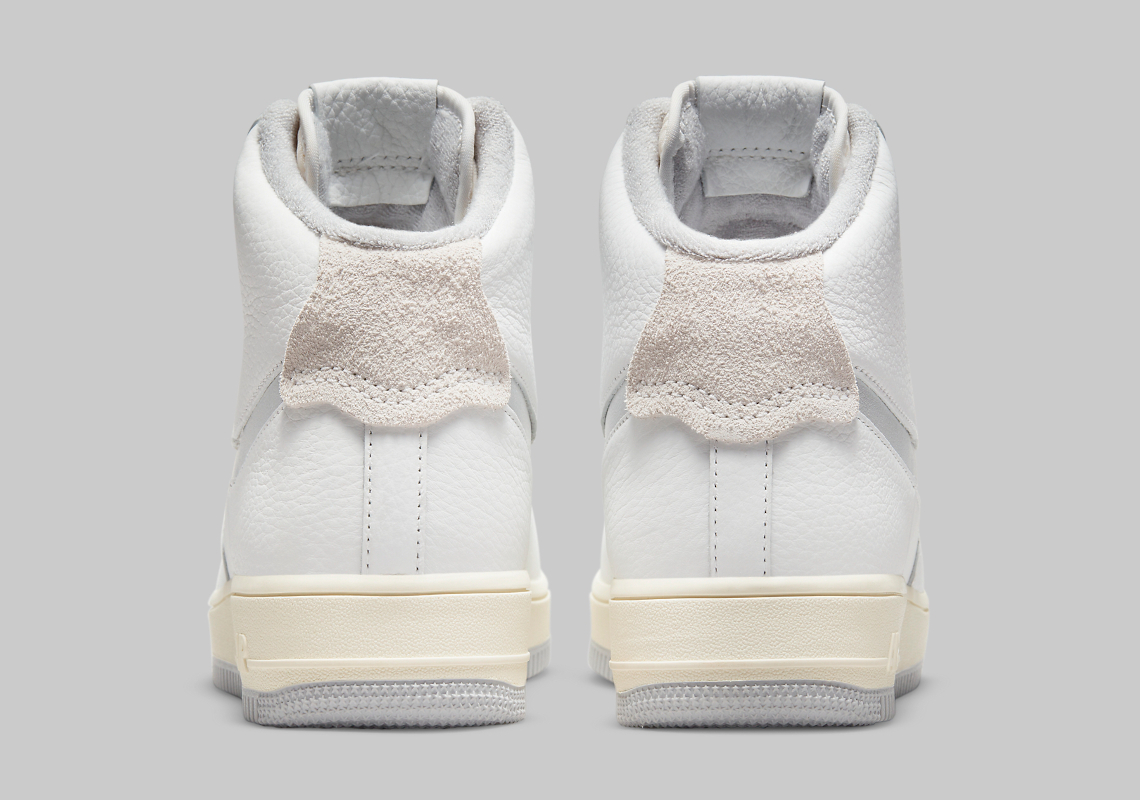 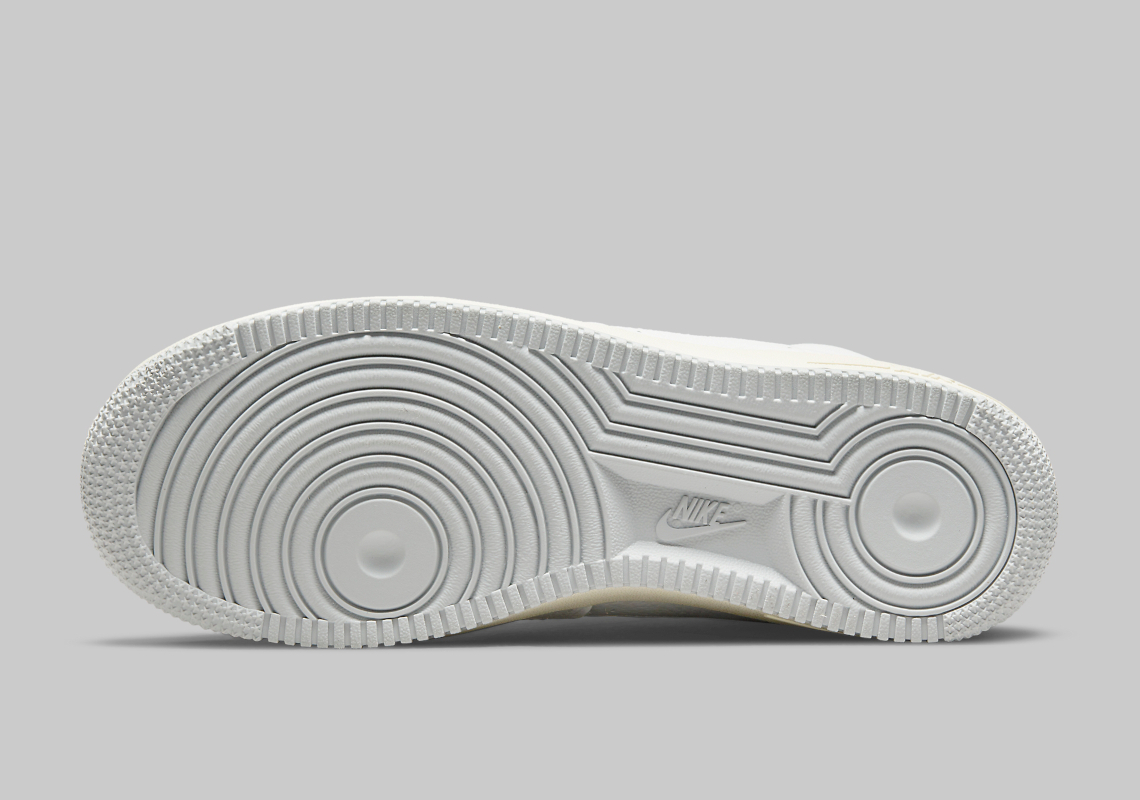 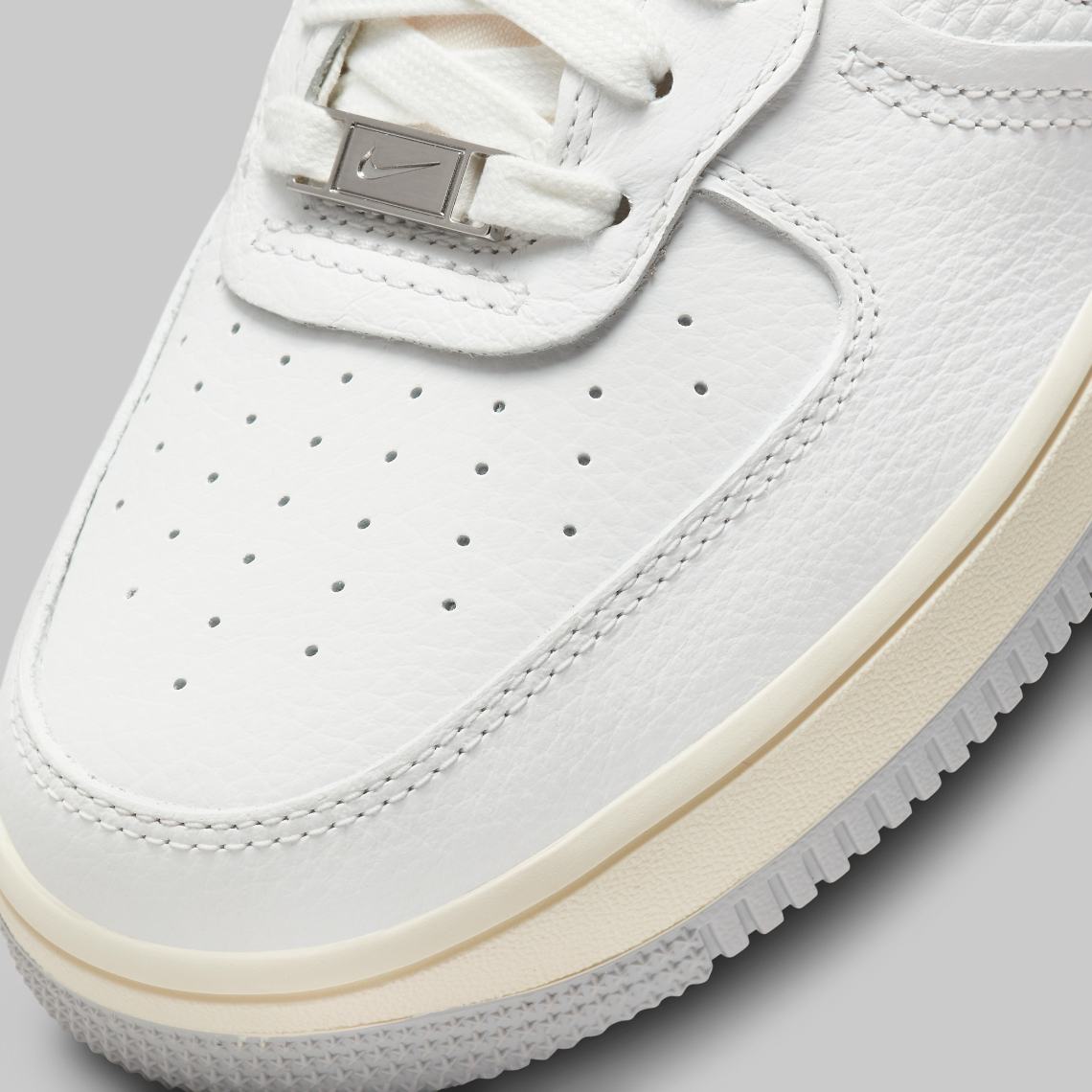 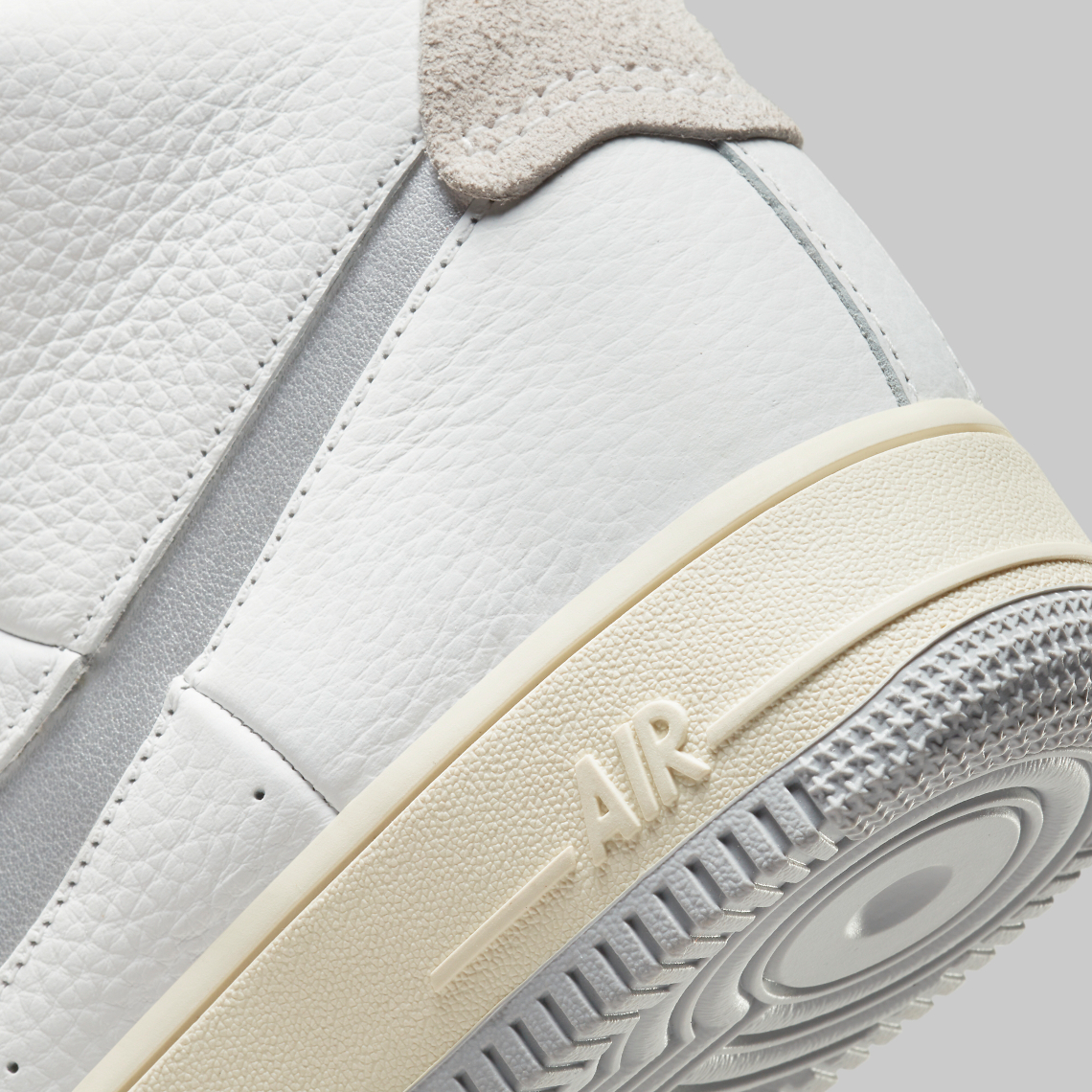