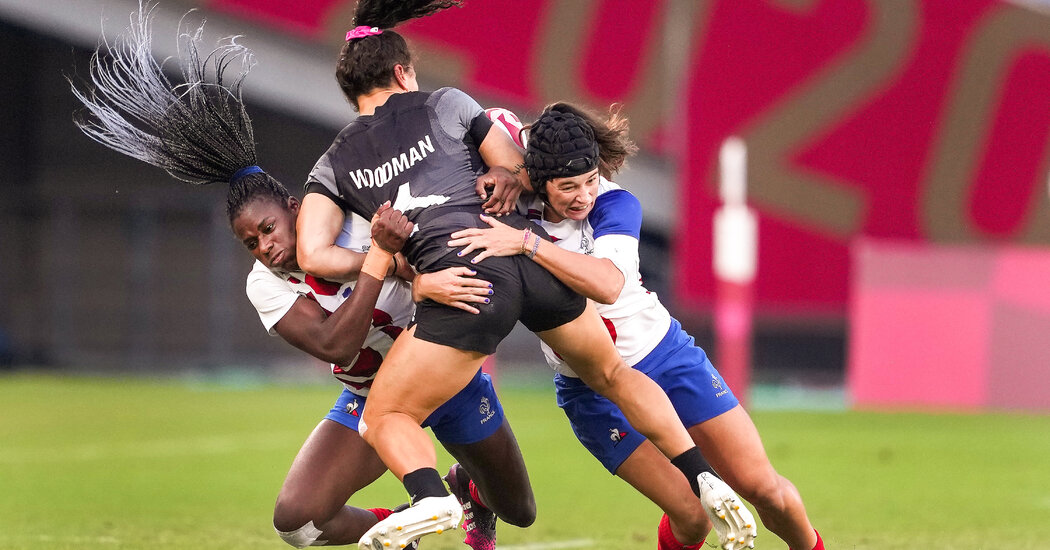 Fiji beat Britain to capture the bronze medal. The U.S. women’s team, which had hoped to be in medal contention, lost to Australia, 17-7, and finished in sixth place, the same as the U.S. men’s side.

The gold medal game was tight at the start. The French matched an early try by New Zealand but missed the conversion to trail, 7-5. New Zealand added a try when Gayle Broughton dove headfirst over the end line just near the left flag, and it built a 19-5 lead just before halftime with another try and conversion.

The French narrowed the lead to 19-10 with a try 90 seconds into the second half. But New Zealand added another with under three minutes remaining to expand the lead again.

New Zealand won the silver medal at the Rio Games in 2016, the first Olympiad to include rugby sevens.

The U.S. men’s and women’s teams were ranked second in the world in 2019 and spent a good portion of 2020 in isolation. They were able to travel to Spain this year and competed in a tournament in Los Angeles. But the lack of competition may have hurt.

That was no excuse for Chris Brown, the head coach of the U.S. women’s team.

“Quite honestly, if you look at the quarterfinal where we missed our opportunity, a lot of that came down to a poor tackle rate defensively, but also the wrong game plan from me in how to attack them in the first couple of minutes,” Brown said. “And that guts me, because we played nine quarterfinals over the last year, and it’s the first one we lost.”