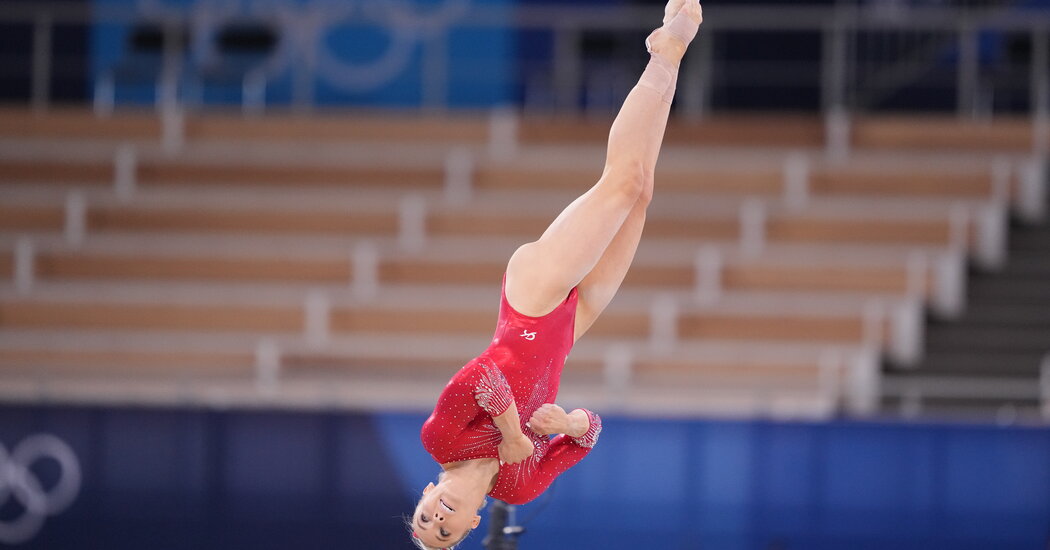 Several months ago, MyKayla Skinner was hospitalized for pneumonia after contracting the coronavirus. Now, her long career — in both elite and college gymnastics — is ending at the Tokyo Games.

Skinner, like Jade Carey, wasn’t part of the team competition. A superstar for the University of Utah, she earned her Olympic berth when U.S.A. Gymnastics chose her for the individual spot the United States earned at the 2019 world championships, so her scores did not count toward the team total.

That essentially meant she had two chances to move on to medal events, vault and floor exercise. On vault, she is among the best in the world.

But only two gymnasts per country advance to a final, and Skinner, 24, fell short. She performed two complicated vaults — a Cheng and an Amanar, just like Simone Biles and Carey. Her Cheng had some form issues, and the landing of her Amanar lacked the control she showed just weeks ago at the trials, one of the best meets of her life.

Skinner averaged a total score of 14.866. (Any gymnast seeking a vault medal must perform two different skills, whose scores are totaled.) Carey simply had a better night, basically nailing her Amanar and qualifying with a 15.166 average — just behind Biles’s 15.183.

Skinner’s other strong event, floor, went relatively well. But while she has difficult tumbling, she sees deductions for execution. On Sunday, Skinner tied Chiles on the event with a 13.566, and, like on vault, Biles and Carey finished ahead of her.

Still, Skinner’s good day here will have some fans continuing to question U.S.A. Gymnastics’ decision to give her the individual spot rather than name her to the team. She outscored members of the four-person team on every event, and thus could have boosted the Americans’ disappointing total — the team ended the qualification trailing the Russians by more than a point.

If American is too hurt to compete in a final, Skinner could take her place.

It’s also worth noting that Skinner improved her execution on all four events since being named an Olympic alternate in 2016 — one of many results she made clear she disagreed with. After those Games, she enrolled at Utah, where she amassed a litany of gymnastics achievements, including the N.C.A.A. record for consecutive routines without a fall (161). She returned to elite competition in 2019.

Skinner recently announced that she would retire after Tokyo and complete her college degree. The past year has been trying: She has also been nursing a bone spur in her ankle. “My body definitely needs a rest,” she wrote on Instagram.