Mudslides Shut Down I-70 in Colorado 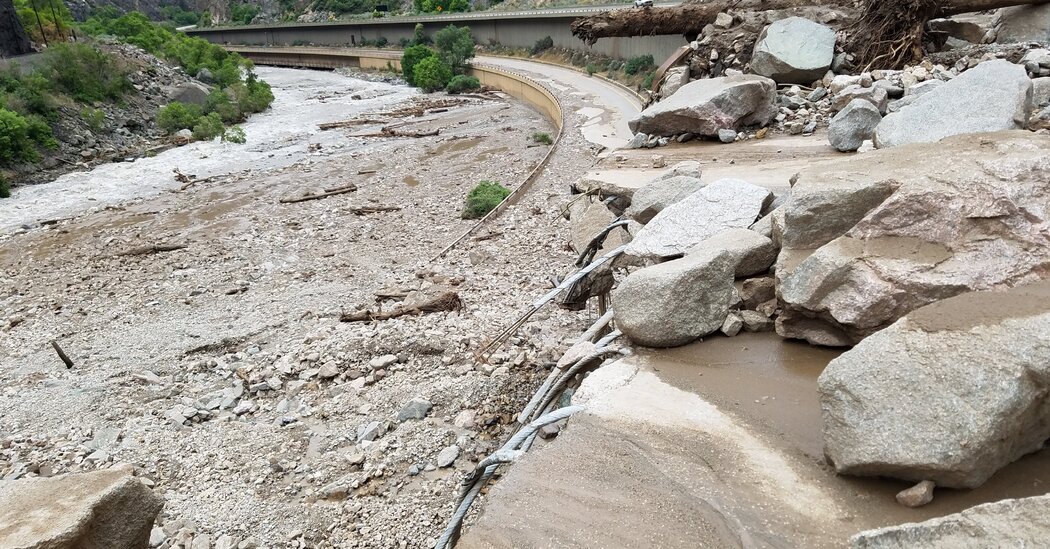 Gov. Jared Polis of Colorado said he would declare a state of emergency after mudslides tore through Interstate 70 in Glenwood Canyon west of Denver over the weekend.

The highway is a critical transportation route for Colorado residents and a key artery for the economy of the western United States, Mr. Polis said during a news conference on Monday. Images of the damage, shared by the Colorado Department of Transportation, showed large rocks, trees and other debris covering the highway.

Mr. Polis said the authorities did not yet know the extent of the damage and said that sections of the highway would remain closed for weeks.

On average, less than two and a half inches of rain falls in Glenwood Canyon during the month of July, Mr. Polis said. That area received four inches of rain in five days. Extensive damage was reported along multiple sections of the highway, and some areas were under 10 feet or more of mud.

“Given the three historic wildfires that we experienced last summer, the three largest in the history of our state, we knew that we would see the severe impact that burn scars and debris can have on a landscape,” Mr. Polis said.

The current monsoon weather patterns across Colorado may produce more damage, and much of the western half of the state was under a flash-flood watch on Tuesday, the National Weather Service said. Slow-moving thunderstorms, bringing heavy rains, were expected through the day.

“We’re not out of the woods yet,” Mr. Polis said. “We have to make it through this monsoons season. Once the freeze hits, it’s less likely to be a dire situation.”