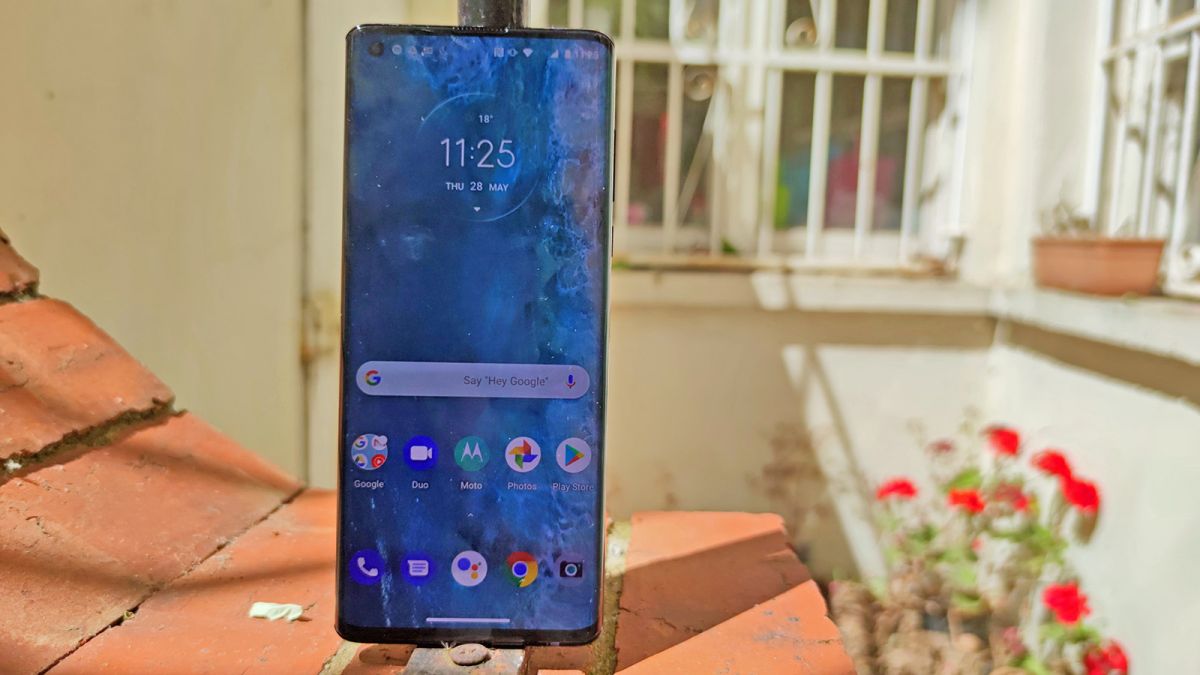 Last year’s Motorola Edge was an altogether more premium affair than the budget handsets that Motorola usually focuses on, and it’s going to launch a 2021 follow-up in the form of the Motorola Edge 20 – a handset we now have unofficial renders for.

Courtesy of seasoned tipster OnLeaks and Pricebaba, the renders show off the upcoming phone from all sides and angles, in both white and purple (color options that Motorola will no doubt find new and exotic names for).

These pictures are based on leaked CAD schematics, so they may not match the final look of the product exactly – but they do give us a good idea of what to expect, with a punch hole notch on the front display and a triple-lens rear camera on the back.

From the same sources we’ve also got a bunch of spec details about the upcoming phone, some of which we’ve heard before. The handset is apparently going to come with a 6.7-inch screen running at a 120Hz refresh rate, with a FHD+ resolution of 2,400 x 1,080 pixels – that’s a slight upgrade on the Motorola Edge, though the screen size is the same.

According to these tipsters, the Motorola Edge 20 is going to come with dimensions of 169.1 mm x 75.5 mm x 8.9 mm (or 11.6 mm with the camera bump), and if that’s accurate then it’s going to be a little bigger and thinner than the phone it’s replacing.

Under the hood we’re expecting a Qualcomm Snapdragon 778G processor, together with either 6GB or 8GB of RAM, and either 128GB or 256GB of internal storage. The rear camera is said to be a 108MP+16MP+8MP triple-lens affair. 5G is going to be on board as well.

While those aren’t quite flagship level specs, this handset from the Lenovo-owned company should provide some serious competition for phones in the premium mid-range section of the market. It sounds as though Lite and Pro models will also be available.

We had originally thought the handset would be called the Motorola Edge 2, but it now looks as though the Motorola Edge 20 is the name that has been settled on. A launch is expected before the end of July, so look out for news of an official unveiling at some point next week.