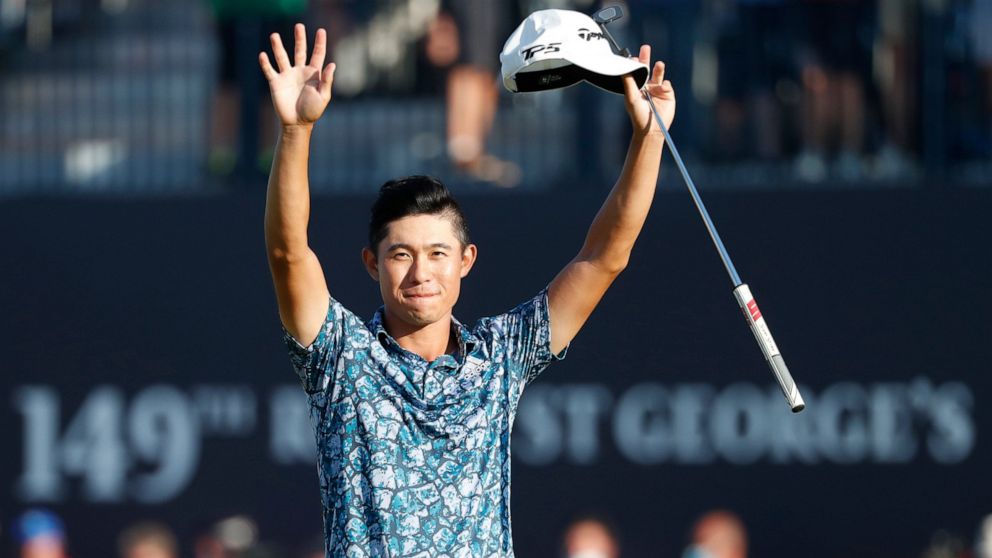 SANDWICH, England — Collin Morikawa won the British Open on his links debut and became the first player to capture two different majors at the first attempt.

The 24-year-old American closed with a bogey-free, 4-under 66 Sunday for a two-shot victory over Jordan Spieth to follow up his victory at last year’s PGA Championship on debut, just 11 months ago.

This time he did it in front of a crowd, with 32,000 spectators at Royal St. George’s on a day of immaculate weather to witness a Californian making a historic start to his career in the majors. Morikawa is the first player since Bobby Jones in 1926 to win two majors in eight or fewer starts, and his total of 15-under 265 was a 72-hole record score at the Sandwich links.

He made three straight birdies from the seventh hole to overtake Louis Oosthuizen, who was seeking a wire-to-wire win and a second claret jug, and then made key par saves at Nos. 10 and 15, pumping his first after both. A birdie putt up and over a ridge on the 14th green gave him a two-stroke advantage he never lost.

By making par at the last following a tension-free walk to applause — and then a standing ovation — down the 18th fairway, Morikawa didn’t drop a shot in his final 31 holes on a course that has confounded many of the world’s greatest players because of its quirky bounces and undulating fairways.

All the more remarkable was this was his first links test.

Oosthuizen, the 2010 Open champion and runner up at the last two majors, had another near miss in a career full of them. He never recovered from losing his lead — for the first time since the 12th hole on Friday — after making bogey by hitting from one bunker to another at the par-5 seventh hole, and shot 71.

Steve Douglas is at https://twitter.com/sdouglas80