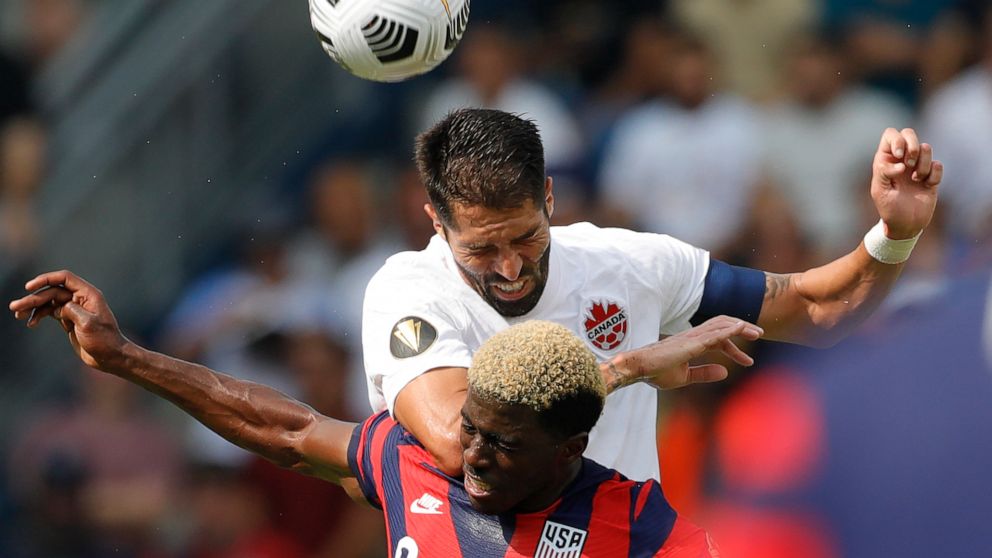 Moore’s goal was the fastest since U.S. records began in 1990. Clint Dempsey scored 30 seconds in against Ghana in the Americans’ 2014 World Cup opener.

Both nations already were assured of advancing. The U.S. finished atop its first-round group with a 3-0 record and will play its quarterfinal on July 25 at Arlington, Texas, against Costa Rica or Jamaica, both 2-0 going into their match Tuesday at Orlando, Florida. Canada finished the first round 2-1 and also will play Costa Rica or Jamaica.

The U.S. ended Canada’s team record eight-game winning streak. The U.S. is unbeaten against Canada in 20 home matches since 1957 and extended its winning streak against CONCACAF opponents to 13.

U.S. coach Gregg Berhalter is using a mostly junior varsity roster for the Gold Cup. Top players such as Christian Pulisic, Weston McKennie, Tyler Adams and Zack Steffen will be on hand in when the U.S. hosts Canada in a World Cup qualifier on Sept. 5 at Nashville, Tennessee.

While Berhalter started two forwards in Daryl Dike and Gyasi Zardes, Canada dominated possession and had more scoring chances. Still, the U.S. improved to 38 wins, one loss and four draws in the Gold Cup group stage.

The U.S. scored when Kellyn Acosta passed wide to Sebastian Lletget, who one-timed a pass to the far post. The 24-year-old Moore got behind Tajon Buchanon and redirected the ball in from just inside the 6-yard box for his first international goal.

Walker Zimmerman captained the U.S. for the second straight game but hurt his right hamstring early and was replaced by Donovan Pines in the 15th minute.

After fielding a starting lineup against Martinique that averaged 23 years, 84 days, the Americans’ youngest in a competitive match since at least 1989, U.S. coach Gregg Berhalter changed four starters by inserting Sam Vines, Lletget, Acosta and Zardes.

Ayo Akinola started for Canada after making his debut against Haiti on Thursday, but he got hurt and was replaced by Jonathan Osorio in the 24th minute. The 21-year-old Akinola scored for the U.S. against El Salvador in his debut in December, then changed affiliation.

Matt Turner made saves against Cyle Larin in the 48th and Buchanon, his New England Revolution teammate, in the 48th. Reggie Cannon, recovered from a hamstring injury, made his first appearance of the tournament when he replaced Moore at right back in the 58th.