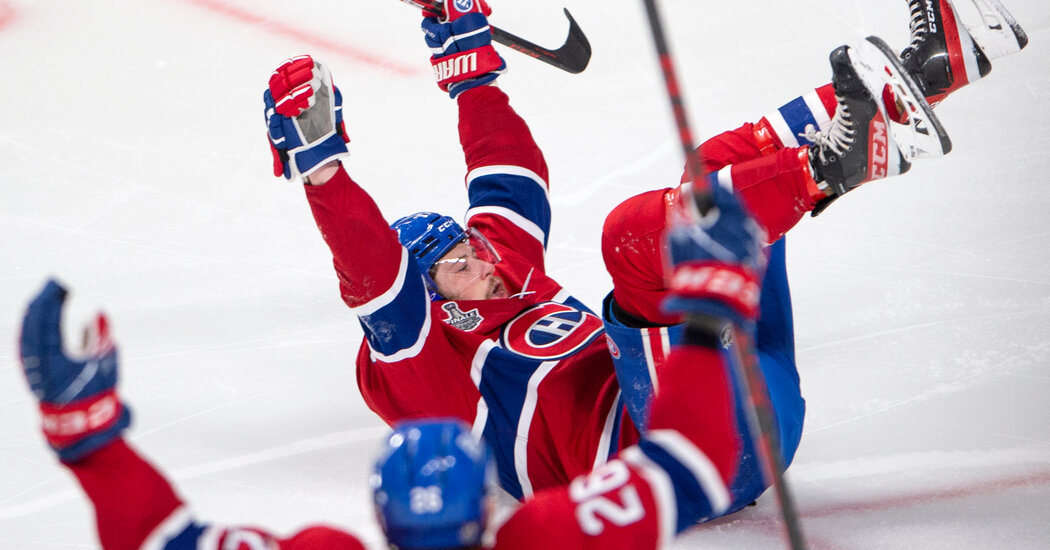 As Tampa Bay trampled the Canadiens in Game 1 and outlasted them in Game 2, they resisted the temptation to make personnel changes, preferring to focus on themselves. But desperation spurs action.

Those moves proved prescient almost 16 minutes into the first period, when after a slow start — just one shot to that point for Montreal — the Canadiens took their first lead of the series, on a sequence that began with Kulak deftly avoiding pressure in his own zone and ended with Suzuki whipping a nifty backhand pass through the crease to a cutting Anderson.

It was Romanov — who hadn’t played since Game 1 in the previous round against Vegas — who snapped a 1-1 tie 8:48 into the second, his wrist shot from the point whistling through an Artturi Lehkonen screen and past Andrei Vasilevskiy. And it was Anderson again, after Patrick Maroon converted a two-on-one with 6:12 left in regulation, who ensured that Montreal would need the luggage players packed before the game.

Anderson tore down the left wing, outmuscled defenseman Jan Rutta and drove to the net, flicking a backhand pass toward the crease. Cole Caufield swiped at the puck, which deflected off Yanni Gourde’s stick right to Anderson, who, falling as he shot it, never saw it go in.

“I just looked at the referee’s hands and saw a bunch of people coming to me,” Anderson said.

Those people were all clad in bleu, blanc et rouge, reveling in avoiding what would have been the first sweep in the Cup finals since 1998 and winning what they hope was not the final game of this weird season at Bell Centre.

Only four teams in N.H.L. history have overcome three-games-to-none deficits, and just one — the 1942 Toronto Maple Leafs — did so in the finals. No team clings to its history like the Canadiens — Yvan Cournoyer, Guy LaFleur and Patrick Roy, legends all — attended Monday’s game, and though they might not have won the first or second or third game of this series, at least now they get to play a fifth.