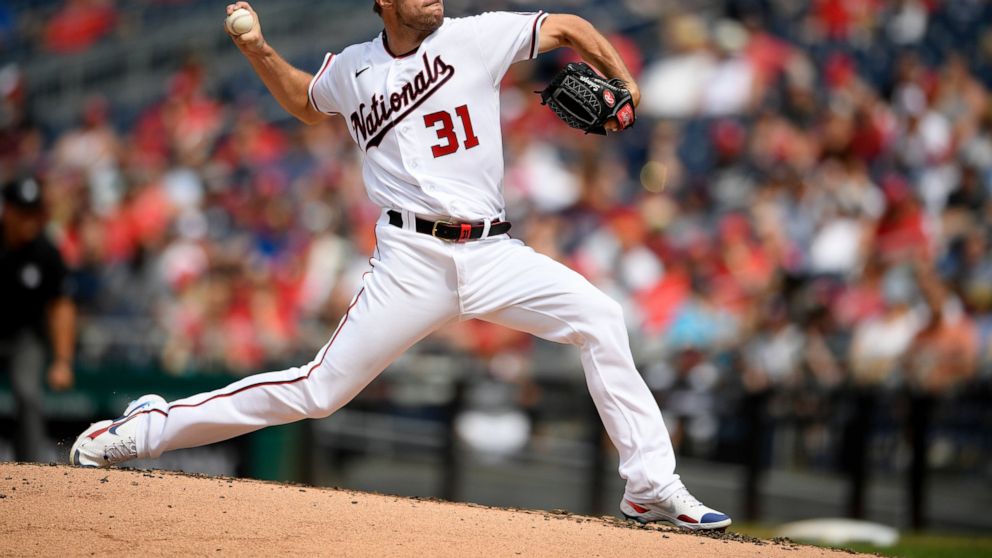 Scherzer had been given permission to speak to the Dodgers to see if he would waive his right to veto any trade, a power he had as a 10-year veteran who has been with his team for at least five years.

“Today is heart wrenching as we say goodbye to two of the most accomplished players and two of the best people in our team’s history,” Nationals owner Mark Lerner said in a statement.

The deal came with the Dodgers three games behind NL West-leading San Francisco. Los Angeles owns the top spot in the wild-card race, 2 1/2 games ahead of San Diego.

With the Major League Baseball trade deadline at 4 p.m. EDT, there had been speculation on Thursday that the Padres would be the winners in the Scherzer sweepstakes.

Instead, the Dodgers got real busy. They made a trade early in the day for longtime Kansas City left-handed starter Danny Duffy, then closed in on Scherzer, the biggest prize in this deadline frenzy.

The Nationals, who have fallen out of playoff contention, were equally active, making several trades in 24 hours.

Scherzer is 8-4 with a 2.76 ERA in 19 starts this season, and also started the All-Star Game for the National League this month.

Scherzer posted a win for the Nationals on Thursday, when he pitched six innings of one-run ball at Philadelphia in the first game of a doubleheader.

Scherzer has a $35 million salary in the final season of a $210 million, seven-year contract and can become a free agent after the World Series. No doubt, the Dodgers are looking right now at far they can go this year with Mad Max on their side.

The 37-year-old righty is a fierce competitor, often stalking around the mound in-between pitches, firing up himself and his teammates.

Scherzer is 183-97 — including two no-hitters — in a 14-year career with Arizona, Detroit and Washington. He signed a the big contract with the Nationals with the goal of winning a World Series, and he helped bring the franchise its first championship in 2019,

Scherzer got a no-decision when he started Game 7 of the title-clincher in Houston. He is 7-5 with a 3.38 ERA in postseason play.

Turner is currently out of action after testing positive for COVID-19. He singled and scored in the first inning at Philadelphia on Tuesday night, then was pulled from the game.

The 28-year-old Turner was All-Star for the first time this season. He tied a major league record by hitting for the cycle for the third time in his career, doing it last month on his birthday.

Turner is a career .300 hitter in seven seasons who also has started in center field and second base in the majors. That would certainly appeal to the Dodgers, who employ a lot of versatile players.

He is earning $13 million this season, is eligible for arbitration next winter and can become a free agent after the 2022 World Series.

Corey Seager was the Series MVP last year as the Dodgers shortstop. He suffered a broken right hand when he was hit by a pitch on May 15 and has been on the injured list since then.

Seager has been at the Dodgers’ spring complex getting back in game shape, and there was talk he could rejoin the club this weekend.

Scherzer could take the spot in the Los Angeles rotation that Trevor Bauer held. MLB and the players’ union put Bauer on administrative leave on July 2 under the sport’s joint domestic violence, sexual assault and child abuse policy.

Police and MLB are investigating allegations of sexual misconduct against the pitcher, and his leave has been extended through Aug. 6.