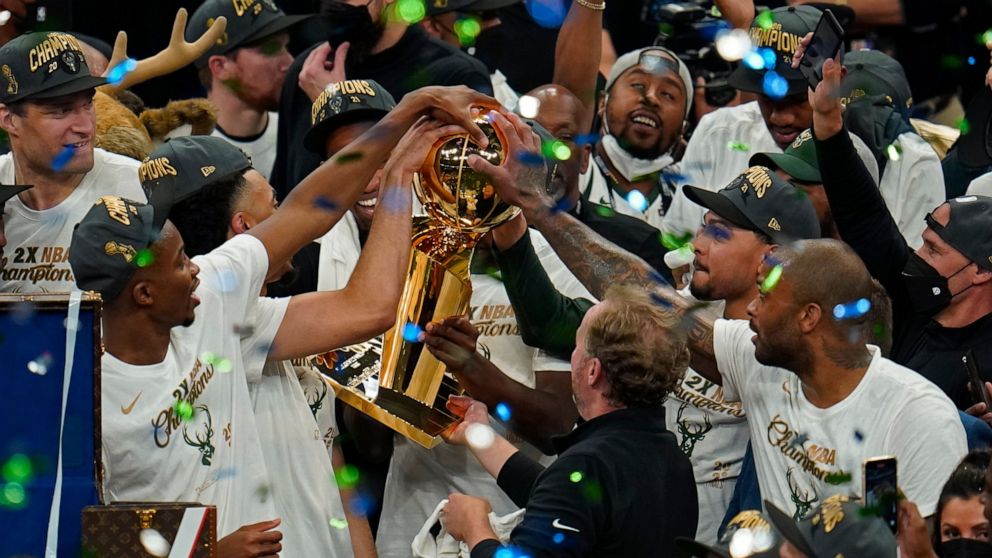 MILWAUKEE — Hundreds of thousands of people were expected to squeeze into downtown streets on Thursday to catch a glimpse of the Milwaukee Bucks in a parade that celebrates the city’s first NBA championship in half a century.

The team’s ascendance has invigorated a Midwestern city that is far from the league’s more cosmopolitan venues, like Los Angeles or Boston.

“The city has had its struggles. What I know is that it’s been a city that’s coming together,” said longtime Bucks fan Dameon Ellzey, 45, who was born and raised in Milwaukee. He lives near Fiserv Forum, where the Bucks play their home games, and he was outside the arena before the parade.

Fans have embraced NBA Finals MVP Giannis Antetokounmpo, who decided to stay with the team that selected him eight years ago with the 15th overall pick in the draft when he was just 18 years old.

The players and owners will board five double-decker buses as they roll through the heart of the city. They’ll finish with a celebration outside Fiserv Forum in the city’s Deer District, where an estimated 100,000 people gathered Tuesday night to watch the Bucks put away the Phoenix Suns in Game 6.

Gov. Tony Evers declared Thursday “Bucks In Six Day” in Wisconsin, a rallying cry among the fan base ever since former Milwaukee guard Brandon Jennings incorrectly predicted his eighth-seeded Bucks would win a 2013 first-round series over the top-seeded Heat in six games.

CNN fires three employees who went into the office unvaccinated.

A Crucial System of Ocean Currents Is Faltering, Research…

Aug 6, 2021
Prev Next 1 of 676
Subscribe to our newsletter
Sign up here to get the latest news, updates and special offers delivered directly to your inbox.
You can unsubscribe at any time