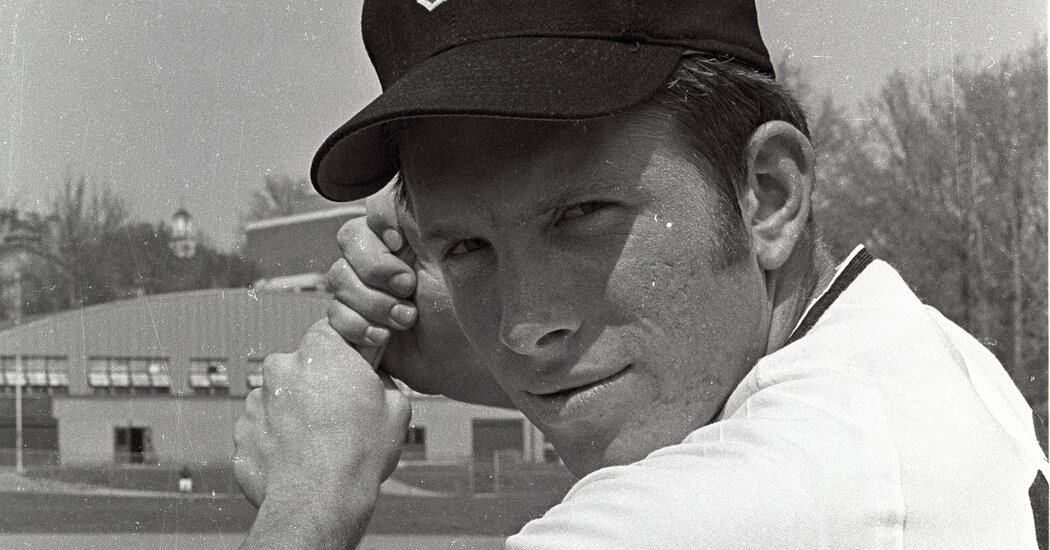 A Scout Who Could Keep a Secret

Tony Lucadello was the kind of scout Hollywood turned into a punchline. He would have fit well in the early scenes of “Moneyball,” where graying scouts talk about “the good face” and the sound of the ball off the bat. He worked without a radar gun or stopwatch and believed in homespun theories — dubious but unimpeachable — that 87 percent of baseball was played below the waist and that no player with glasses should be signed.

Born in 1912, with a couple of years as a Class D infielder in the 1930s, Lucadello was 5-foot-7, if that. “When you say Dr. Fauci, that’s who Tony Lucadello reminds me of today,” Schmidt said of Lucadello, who had a dapper style: a coat and a tie, a fedora, and an ever-shifting perch at games.

Lucadello would watch from the outfield or the baselines — even, sometimes, from a tree — to view prospects from various angles while keeping his distance from rival scouts. He did not drink or smoke or socialize much.

“He would exchange pleasantries, but he never gave you a smell of what was going on, not even a hint,” Gillick said. “You thought he was a little bit eccentric, but at the same time scouts recognized people that could evaluate talent, people who’d been successful, and Tony certainly was.”

By 1980, the year Schmidt carried the Phillies to their first World Series title, Lucadello had signed more major leaguers than all of the team’s other scouts combined. In all, he signed 52 players who reached the majors, including another Hall of Famer, pitcher Fergie Jenkins, and eight other All-Stars: infielders Toby Harrah and Mickey Morandini, outfielders Larry Hisle and Alex Johnson, and pitchers Don Elston, Grant Jackson, Mike Marshall and Bob Rush.

“Tony Lucadello was one of the greatest scouts I ever knew,” said Art Stewart, 94, a senior adviser for the Kansas City Royals who met Lucadello in 1950. “Branch Rickey put it best: a great scout has the intangibles, like a great musician with an ear for music. I’ll never forget that, and that was Tony. Besides being so skillful at evaluating, he was so into getting the in-depth background on a player, to know everything he could from the priest of his church, from his girlfriend, from his father.”