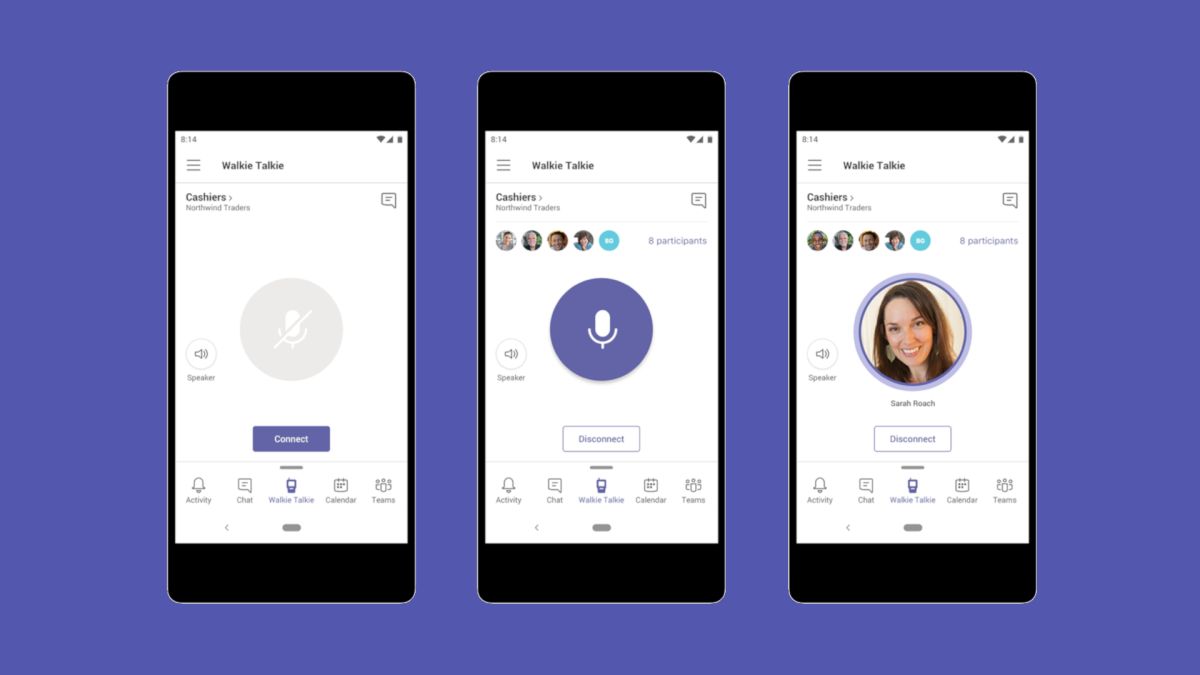 Staying in touch with your coworkers when you’re out in the field on a job is about to get a whole lot easier for firstline workers as Microsoft will soon roll out push-to-talk walkie talkie functionality in Microsoft Teams.

Once the feature rolls out, Teams users will be able to transform their smartphone or tablet into a walkie talkie that can work over both a cellular or wireless connection.

Corporate vice president of modern workplace verticals at Microsoft, Emma Williams explained in a blog post how Teams’ walkie talkie feature will reduce the number of devices employees need to carry each day while providing added security when compared to analog devices, saying:

“This functionality, built natively into Teams, reduces the number of devices employees must carry, and lowers costs for IT. Unlike analog devices with unsecure networks, customers no longer have to worry about crosstalk or eavesdropping from outsiders. And since Walkie Talkie functions over Wi-Fi or cellular data, this capability can be used across geographic locations.”

While Microsoft Teams’ walkie talkie functionality will work with any smartphone or tablet, it’s even better with a rugged smartphone as many of these devices include programmable buttons.

For instance, in a blog post from Samsung, the Korean hardware giant explained how Teams’ walkie talkie feature can be mapped to the programmable button on its Galaxy XCover Pro or event its new Galaxy XCover 5 so that workers don’t even need to unlock their smartphone to access push-to-talk (PTT) functionality.

Firstline workers can further augment Teams’ walkie talkie feature by connecting either a wired or wireless headset and Microsoft points out in a support document that the Jabra BlueParrot and Klein Valor Speaker have both been validated to work with Teams Walkie Talkie.

To get started using walkie talkie in Teams when the feature rolls out in September, you’ll first need to open the app on your smartphone and look for the Walkie Talkie icon in the navigation bar. If it’s not there, don’t worry as you can tap on More options to access it.