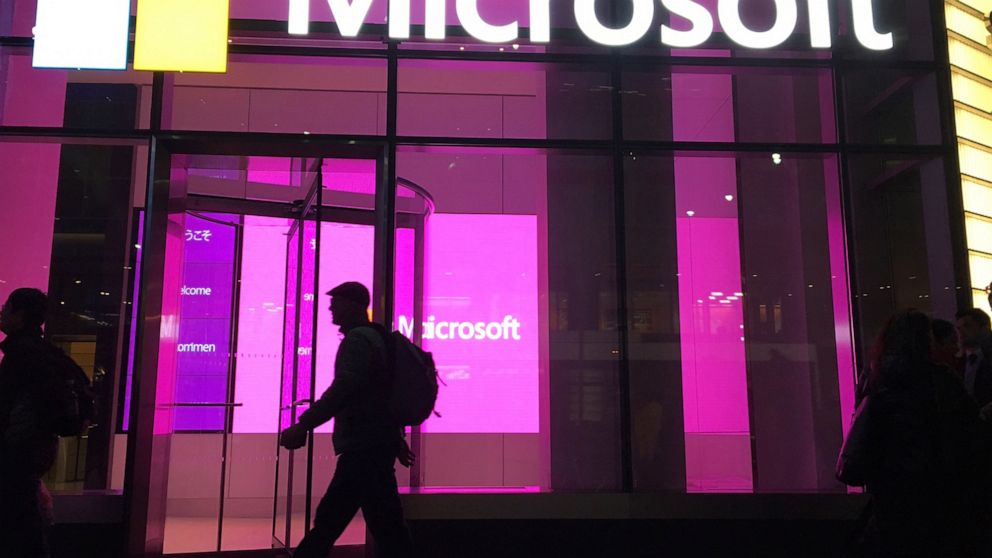 REDMOND, Wash. — Growth in Microsoft’s cloud computing business helped push its profit up 24% in the July-September quarter over the same time last year.

The Redmond, Washington-based tech company on Tuesday reported quarterly profit of $17.2 billion, or $2.27 per share, beating Wall Street expectations of $2.08 per share.

Microsoft profits have soared throughout the pandemic thanks to ongoing demand for its software and cloud computing services for remote work and study.

Microsoft posted revenue of $45.3 billion in its fiscal first quarter, up 22% from last year. Analysts had been looking for revenue of $44 billion, according to FactSet Research.

Sales from what Microsoft calls its “intelligent cloud” segment, which includes server products and its Azure cloud computing platform, were $17 billion, up 31% from a year ago. The company has been fiercely competing with Amazon, Google and other cloud providers for big business and government contracts.

There was relatively slower growth in Microsoft’s personal computing business segment, which includes Windows software licenses for new computers. Sales in the segment grew by 12% to $13.3 billion.

Microsoft has been unveiling the next generation of its Windows software, called Windows 11, its first major update in six years. But the PC market has also been hit by supply chain problems.

Revenue from Microsoft’s LinkedIn jobs networking service increased 42% from the same time last year. The company earlier this month announced it will be halting its localized version of LinkedIn in mainland China, citing tightening government restrictions affecting the only major Western social networking platform still operating in the country.

LinkedIn doesn’t disclose how much of its revenue comes from China, but it reports having more than 54 million members in the country, its third-largest user base after the U.S. and India.