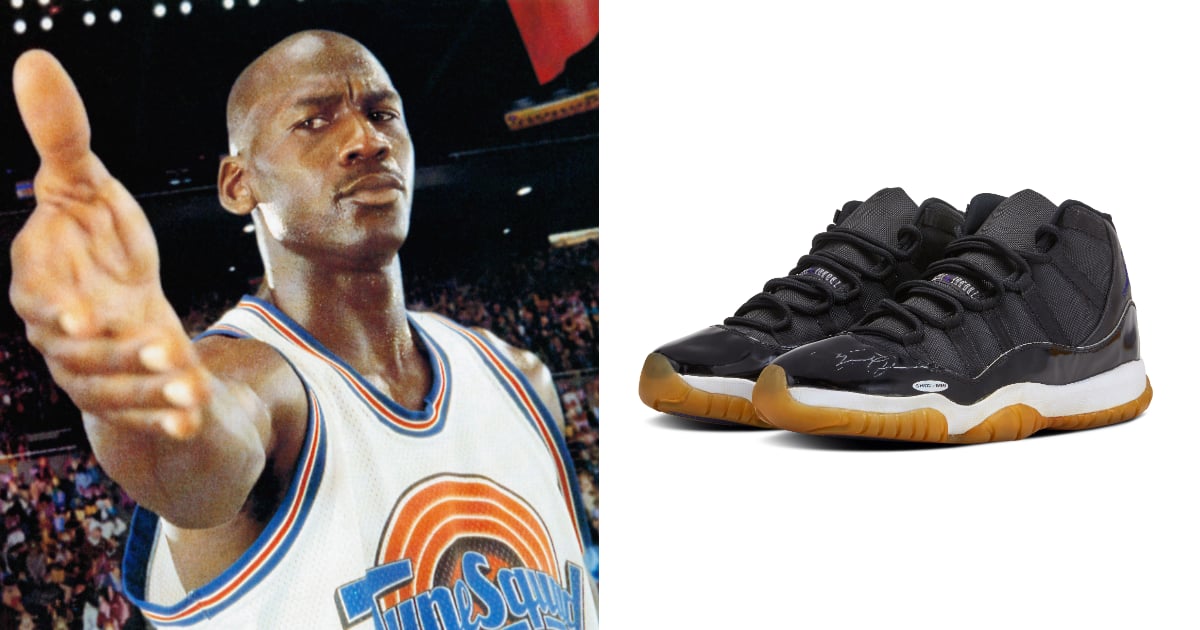 With the hype building around Space Jam: A New Legacy, there’s no better time to put Michael Jordan’s Air Jordans from the original 1996 film up for auction. At least, we’re assuming that’s what the Sotheby’s team thought when they listed the deadstock player shoes as one of the rarest Jordans in existence and slapped on a bid estimate of $150,000-$200,000. The size 13 sneakers feature Jordan’s signature in silver ink and a purple Jumpman logo, and they come in a custom wood and velvet cushioned box. Pretty impressive, eh?

The sneaker silhouette was designed by legendary Nike designer Tinker Hatfield, who wanted to create a shape that would best suit Jordan’s movements during gameplay, but also appear stylish (because of the patent leather uppers, the Jordans could also be worn with a suit). The current bid is set at $65,000, though we expect that number to rise by the time the auction closes on Monday, July 26. After all, Mike faced off against the alien ‘Monstars’ in these kicks, so even if they’re in deadstock condition, they maintain quite the appeal.

Scroll to embrace that undeniable pang of nostalgia you immediately feel when you see MJ wearing the shoes onscreen next to Bugs, then see all different angles of the pair that’s currently up for grabs.