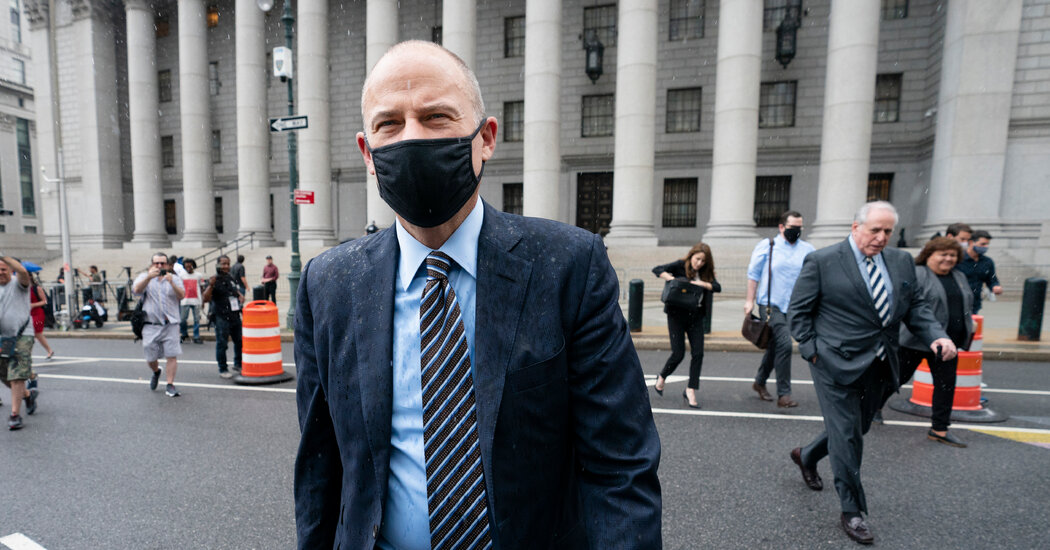 Lawyers representing Avenatti made multiple appeals for a new trial, which were rejected.

In a victim impact statement, lawyers for Nike said company executives were deeply worried that Avenatti would irreparably damage Nike’s brand. They attributed a drop of $300 million in value of Nike’s stock to one tweet he sent, and said the children of an executive feared the executive would be arrested after he was named in a different tweet from Avenatti.

Avenatti faces significant legal jeopardy in two other federal cases, one of which goes to trial in California next week. In that case, Avenatti is accused of stealing millions of dollars from clients, as well as lying about his income to the I.R.S., a bankruptcy court and creditors. He is charged with tax crimes and financial fraud, and has pleaded not guilty.

He is also accused of stealing $300,000 in proceeds from a book written by Daniels. That case is scheduled to go to trial in early 2022.

Throughout 2019, even after his arrest, Avenatti was free on bail, and continued to send messages on Twitter about the cases against him as well as an array of political topics.

But in January 2020, prosecutors said he violated conditions of his bail by continuing criminal activity, and he was ordered to be jailed by a judge. Much of that time was spent in what one of his lawyers said was in the “brutal conditions of solitary confinement” at the Metropolitan Correctional Center in Lower Manhattan. Avenatti was temporarily freed from jail in April 2020 because of the coronavirus pandemic, and he was allowed to live with a friend in Los Angeles.

Mark Geragos, a lawyer who has represented Colin Kaepernick and others, participated in the scheme with Avenatti but was not charged by prosecutors. At sentencing, Avenatti’s lawyers questioned why Geragos had not been charged, and asked for it to be a mitigating factor that should lead to a lighter sentence.

The judge agreed, calling Geragos “a central figure in the criminal conduct,” and said that “it would not be justice for Mr. Avenatti to be sentenced to a nine-to-11-year term of imprisonment, when Mr. Geragos was not even charged.”