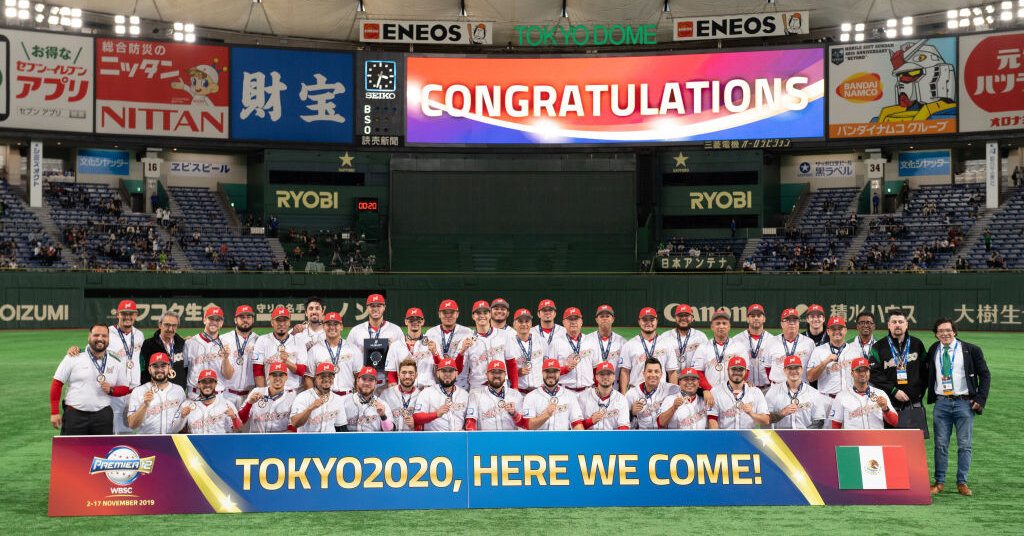 None of them played in the Olympics.

Baseball has been absent from the Games for 13 years, and Mexico had never qualified for the tournament when it was played.

That changed on Friday, when Mexico made its Olympic debut against the Dominican Republic at Yokohama Stadium, instilling a sense of national pride back home and hope that baseball could assume a higher profile there as well.

“It’s a gift for a lot of us here now,” Oliver Perez, 39, said in Spanish. He has pitched for eight major-league teams across 19 seasons. “And it’s a big opportunity. We know there’s a lot of talent, and this type of tournament lifts up Mexican baseball.”

To reach this point, the national team had to navigate a winding and at times bumpy road. During an Olympic qualifying tournament in November 2019, Mexico made history. It upset the United States during pool play and again in extra innings during the bronze medal game to earn a spot in the Tokyo Games.

But between that joyous moment to their Olympic debut, the Mexican national team has had to contend with not only the coronavirus pandemic like everyone else, but internal drama and a virus scare days before leaving for Tokyo that threatened the team’s hopes.

In June, about a month and a half before the Olympic baseball tournament began, Mexican baseball officials dismissed the team leaders who led them here: general manager Kundy Gutierrez and manager Juan Castro.

In a tweet on June 6 announcing the moves, Castro called it “very sad and unfair” news. Gutierrez and Castro later told news outlets in Mexico that their dispute mainly centered around a lack of funding from Mexican officials and the national baseball federation. (And that was despite the stated support of President Andrés Manuel López Obrador, an ardent baseball fan who has carved out special resources for the sport’s development in the country.)

Needing people to run the national team, La Liga Mexicana de Beisbol, the top professional league in the country, asked a member of its central office, Patricio Perez, to take over as general manager. Benji Gil, the manager of the league’s Mariachis de Guadalajara and a former major leaguer, was asked to take over as national team manager.

It has been a crash course for both of them — particularly Perez, who said he was still juggling his duties overseeing the day-to-day operations of the Mexican league from Japan with little sleep. He has relished it nonetheless.

“It’s a historic moment,” Perez said in Spanish. “I’m a believer that right moments do exist, and we’re in the right moment.”

The roster that the team brought to Tokyo has many players from the Mexican league and is one of the most experienced in the six-team Olympic tournament. (Because of Major League Baseball rules, no player on a major-league 40-man roster can compete in the Olympics, so countries end up using free agents, young prospects or players from other leagues.)

“It’s ironic to say it, but I think it’s a better-equipped team than the one that qualified, with the level of players, quality, names, pitching, versatility,” Perez said.

The first baseman Adrián González, a former five-time All-Star with the San Diego Padres and the Los Angeles Dodgers, is the most decorated player on the roster. Among the others with experience in the big leagues: infielders Ramiro Peña, Brandon Laird and Danny Espinosa, and pitchers Fernando Salas, Manny Bañuelos and Perez.

“It’s a once-in-a-lifetime opportunity, and I’m taking full advantage,” said Gonzalez, 39, who had not officially retired from playing because he wanted to represent Mexico in the Olympics after doing so as a youth player, at the Caribbean Series and the World Baseball Classic.

Perez, also 39, said something similar: After Cleveland cut him loose in April, he and his wife agreed that he would not hang his cleats up just yet so he could wear the Mexican uniform in the Olympics. He played with the Toros de Tijuana as a tuneup.

Because of the team’s recent Covid scare, Mexico’s practices leading up to Friday were disjointed. Pitchers Hector Velázquez, who most likely would have started on Friday, and Sammy Solis — both of whom have major league experience — tested positive for the virus when the team began practices in Mexico City last weekend before traveling to Tokyo. Perez feared the worst.

“Many of them are vaccinated, and they’re athletes,” he said. “So at the end of the day, the concern wasn’t as much the virus but about fielding a roster.”

For three days, the entire team isolated at their hotel, missed practices and were tested daily, Perez said. When no one else tested positive and the team met the requirement of two negative tests within 96 hours to enter Japan, they flew to Tokyo. Velazquez and Solis stayed behind, and the last of their replacements arrived on Wednesday.

Because of the initial uncertainty over their cases, three pre-Olympic practice games against Japanese teams were canceled, Perez said. To make do, the Mexican team found an open grassy area in the Olympic Village to stretch and play catch.

Even though Perez said the current squad had not yet played together, Gonzalez said the disjointed schedule had not been an issue.

The team practiced at a stadium near Tokyo on Wednesday, and then at a university in Yokohama on Thursday. A day later, after everything, they will finally play their first Olympic game.