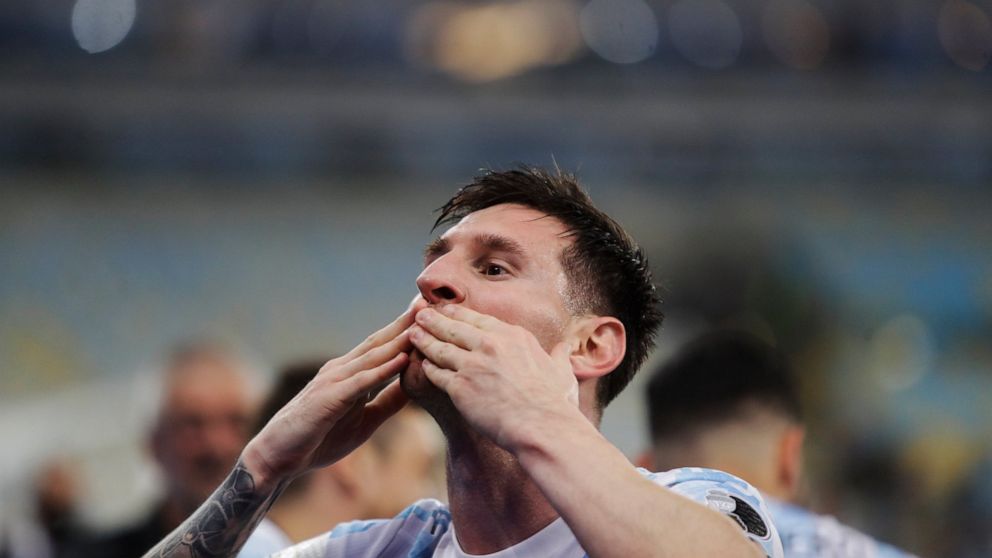 BARCELONA, Spain — Lionel Messi and Barcelona are closer to signing a new deal that would keep the Argentina star at the Spanish club through the end of his playing career.

A person with knowledge of the negotiations between club and player told The Associated Press on Friday that Messi is prepared to accept Barcelona’s offer of a five-year contract at 50% of his previous salary. The person spoke on condition of anonymity because they were not authorized to speak publicly about the negotiations.

The person with knowledge of the negotiations did not indicate the other aspects of the contract still being worked out between the club and Messi’s father, Jorge Messi, who acts as his agent.

Barcelona as a club has officially said nothing publicly about the details of the negotiations with the soccer great.

The 34-year-old Messi joined Barcelona two decades ago at age 13. Last August he stunned Barcelona by announcing that he wanted out after the 2019-2020 season ended without a title and his relationship with then club president Josep Bartomeu deteriorated.

The return of Joan Laporta to the club’s presidency in March has been key in bringing Messi back into the fold. Laporta ran Barcelona when Messi had his breakout as a teenager.

Messi is currently on vacation after leading Argentina to the Copa America title last weekend, ending a long wait for a major title for his nation.