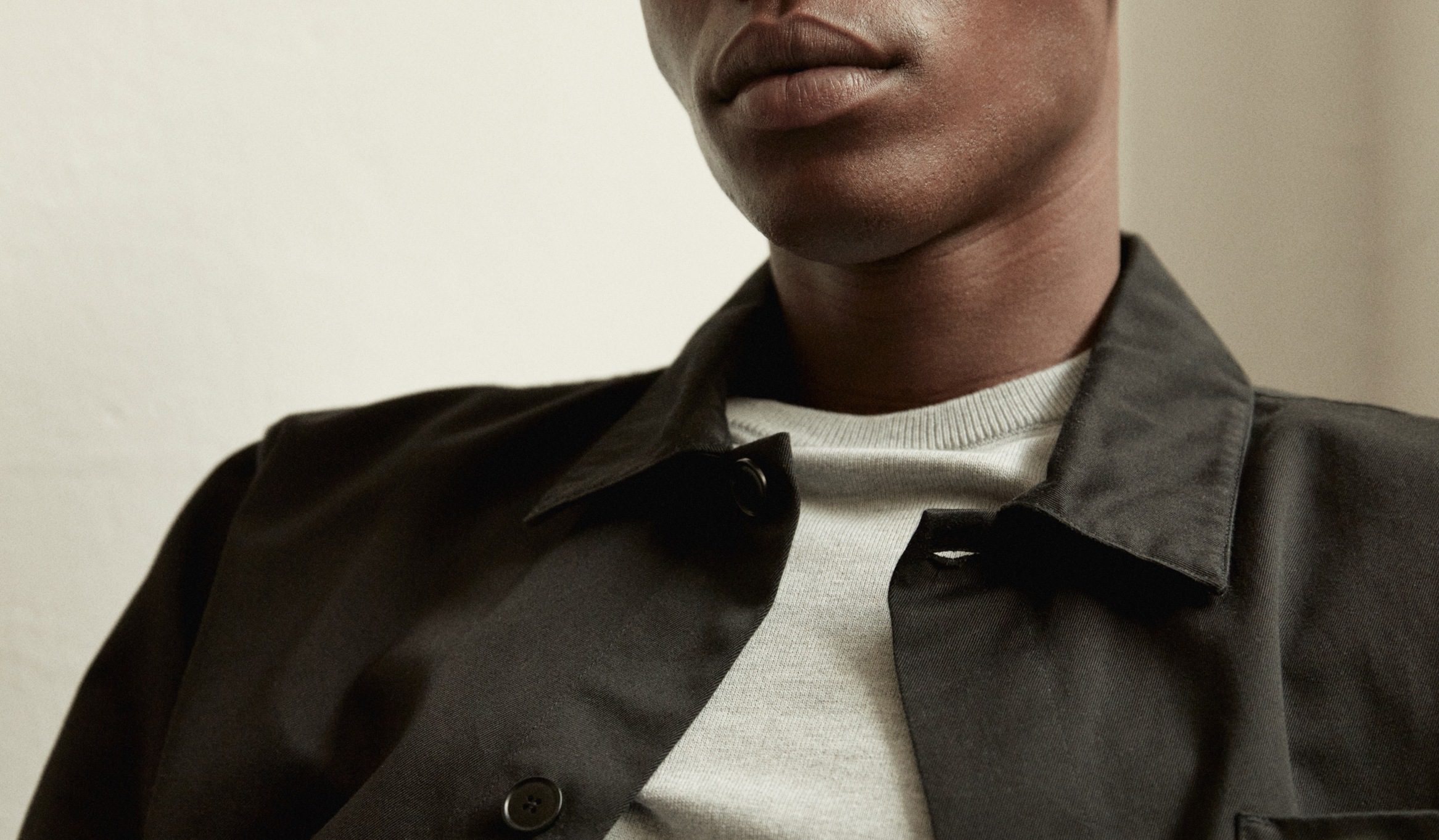 There’s an ad for a T-shirt company right now that asks “Can a T-shirt really be worth £35?” It’s remarkably out of date. It’s possible now to spend twice that, even three figures, on a T-shirt – and that’s one without a glitzy name or flashy graphic.

It wasn’t that long ago, of course, that even the most dedicated clothes horse bought, say, plain white T-shirts in packs of three. When they lost their shape or discoloured, no matter, just buy another pack.

That doesn’t seem so smart now. Increased awareness of sustainability that – for some at least – has underscored the idea that treating any clothing as disposable is ethically dubious: a whopping 87% of all disposed textiles end up incinerated or in landfill, and it’s only fast fashion, high-street pricing that allows a garment to even be seen as disposable. Remarkably, in the UK we spend £2.7bn a year on garments that are worn once before being discarded.

But there’s more to this than green thinking. Enter now the likes of Colin Campbell. He’s the founder of Sunray Sportswear, a young, insider-loved British label making its excellent tees and sweatshirts in Japan, and established by the ex army PT instructor in part out of despair.

“I just couldn’t find a great t-shirt anywhere, and I really tried,” he says. “It seems that brands typically think ‘basics’, like a T-shirt, have to be part of a collection, but invariably that they get side-lined from any real attention. And they’ve suffered too from a race to the bottom. So the market for quality basics has been ignored. Even the word ‘basics’ stops people spending where it matters.”

Yet arguably there’s a growing awareness of the idea of investment shopping: that paying more for a product because it will last longer and wear better makes sense, especially when it’s the kind of product you reach for time and time again. Traditionally this approach has been more comfortably the remit of menswear – because menswear has been slower to embrace seasonal trends.

The problem has been when this logic is applied to what have long been regarded as commodity items: T-shirts, sweatshirts, underwear, socks – those garments that are often hard to get excited about, not least because, historically, they’ve been hidden away under other clothes, thus fostering a reluctance to pay any more than one absolutely has to.

“But I think men are getting ready to pay more for basics like these,” says Alessandro Sartori, the artistic director of Zegna. “And that’s because basics are playing a much bigger role in menswear now, as we dress more and more casually. I can’t remember the last time I wore a shirt with a suit, for example. I wear a T-shirt. But I know it looks wrong if the T-shirt doesn’t live up to the quality of the suit.”

Denim has helped us slowly get our heads around this way of shopping: what, again, used to be considered a workaday, commodity item underwent a revolution in which – thanks to once decidedly niche, obsessive denim-heads – appreciation for cloth quality, dye, cut and details in a pair of jeans went mainstream. Paying £150, even touching on £300, for a pair of jeans doesn’t seem as crazy as it once did now that, thanks largely to the internet, we better understand the craft that went into them. In more recent years we’ve seen the simple white sneaker get a similar upscale overhaul.

Now we’re seeing the same kind of revision, and improved understanding, applied to the likes of tees and hoodies too. We get, for example, that a T-shirt made using a tubular knitting process (which makes it seamless at the side and so more comfortable next to the skin), or which is made using a loop-wheel technique (which allows a sweatshirt a hold its shape no matter how much it’s washed), or with a linked toe section (which removes that irritating seam across the top of the pair of socks) are qualities that could well be worth paying extra for.

‘Premiumisation’ is a marketing/retail phenomenon with many of the things we buy – bread, coffee and beer, to state obvious examples, are among those things that used to be acceptably cheap and cheerful but which now have top-flight craft equivalents that get nerds and snobs alike very excited. Throw in the idea of buying less and buying better, and we’re seeing the same movement in clothing.

The new basics – these super staples – won’t be for everyone. After all, at first glance, to the onlooker they tend to look much like their cheaper alternatives, so they don’t work to make a statement, for those who want that. And, sure, they lack pizzazz. But they feel different to the wearer – there’s a kind of ‘because I’m worth it’ personal validation at play here – and perform better over time too: that humble tee may in fact be a cotton/linen blend, or have a nano-tech coating. All T-shirts are equal but some are more equal than others. These are basics in name only.

“Why is it worth spending on the kind of garment that normally considered a commodity?” says Campbell. “Well, it’s blown me away just how many variables there are when it comes to making a very good T-shirt or sweatshirt, as they used to be made decades ago, but that pays for those garments you wear hard and wear often.

Yes, I understand that to a lot of people there’s an element of ‘emperor’s new clothes’ about all this. ‘It’s just a T-shirt’ as some people will see it,” he adds. “And of course, the whole concept of buy less, buy better only works for those who have the money to do so. But really, when it comes to such simple garments, ‘expensive’ is something that’s a lot of money but still bollocks. ‘Value’ is something else entirely.”

4 Wardrobe Basics Worth Investing In

Expect to pay £30 upwards. Look for such details as a lack of seams; how the neck is stitched; whether garment dyeing and pre-shrunk fabrics have been used; the weight of the fabric.

Expect to pay £100 upwards. Look for the likes of reverse weaving (which prevents lengthwise shrinkage); garment dyeing; details the likes of the depth of the ribbing at waist and cuffs, ribbed side panels, a V insert at neck, and ‘freedom sleeve’ construction.

Expect to pay £25 upwards per pair. Look for 100% cotton, or cotton with some small quantity of stretch; an additional panel through the centre rear; reinforced stress points; working button fly; and quality elastic.

Expect to pay £15 upwards per pair. Look for all natural fibres – cotton, wool, merino – with perhaps some stretch to help keep shape; a hand-linked toe; properly sized heel turn (the part at the back); greater size range.