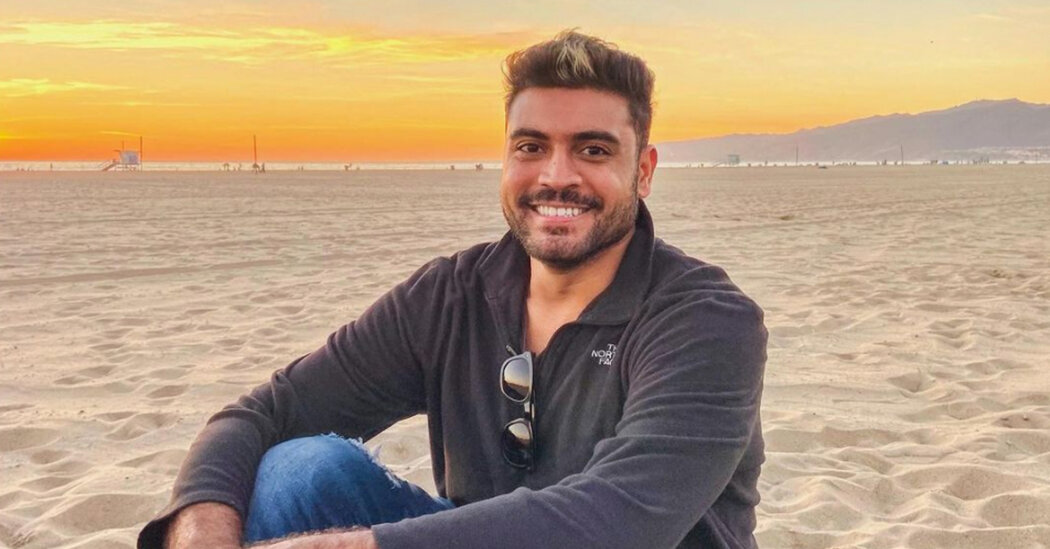 Mat George, the 26-year-old co-host of the podcast “She Rates Dogs” known for his humorous takes on dating, pop culture and his identity as a gay man, was struck and killed by a car in Los Angeles on Saturday in what the authorities called a hit-and-run.

The Los Angeles Police Department said in a statement that the hit-and-run occurred in the Beverly Grove neighborhood of Los Angeles around 2:20 a.m.

A pedestrian had been walking in an unmarked crosswalk when a white BMW struck him and drove away. The pedestrian died at the scene, the police said.

Michaela Okland, his friend and co-host on the podcast, confirmed his death on Twitter.

On the show, the two co-hosts swapped dating stories and shared their thoughts on mental health, “The Bachelorette” and Britney Spears.

In an interview in December with the website Shoutout Arizona, Mr. George said he had wondered whether he would be able to support himself after moving to Los Angeles last year to pursue a career in entertainment.

“Towards the end of my college days at Arizona State University, I started to share my experiences as a gay man with different people I was close to,” he said. “Their reactions made me realize that a lot of these stories were funny to others, which then gave me more confidence to start sharing them with even more people.”

Abby Govindan, a standup comedian and writer based in New York, said on Twitter on Saturday that Mr. George never took himself too seriously when people mocked him on Twitter.

“Mat got harassed on here by strangers relentlessly but he had an impeccable talent for taking it in stride and turning it into a joke for his followers to laugh at,” Ms. Govindan said.

“I’ve been in LA for a year and haven’t seen a single celebrity,” he wrote. “My mom comes for a weekend and meets Snoop Dogg.”

When other users said the man was probably a doppelgänger of the rapper, Mr. George said: “Can everyone stop saying it’s not Snoop Dogg. My mom’s gonna be heartbroken the next time she logs onto Twitter.”

In 2017, Mr. George drew attention after he devised a creative way to measure a microwave he was selling. When someone on Facebook asked him for measurements, he posted a photo of vodka bottles next to the microwave for comparison.

“I don’t have a tape measurer but it’s about as tall as a 5th of berry new Amsterdam and has a length of a berry and mango 5th of new am,” he wrote.

According to his LinkedIn page, Mr. George worked as a medical scribe in Phoenix, taking medical information from patients, for nearly three years after he graduated from college, where he studied biology.

He was originally from Liberty, Mo., according to his Facebook page. Information about survivors was not immediately available.

The Police Department is offering a reward of up to $50,000 for information about the hit-and-run driver.

Ms. Okland said on Twitter that she and Mr. George had recorded one more episode of “She Rates Dogs,” but “it will likely be put on hold.”

“In years to come, I’ll feel so lucky that there’s so many recordings of Mat’s laugh to revisit,” she wrote.

How to Prepare as the Fed Moves to Rein In Inflation