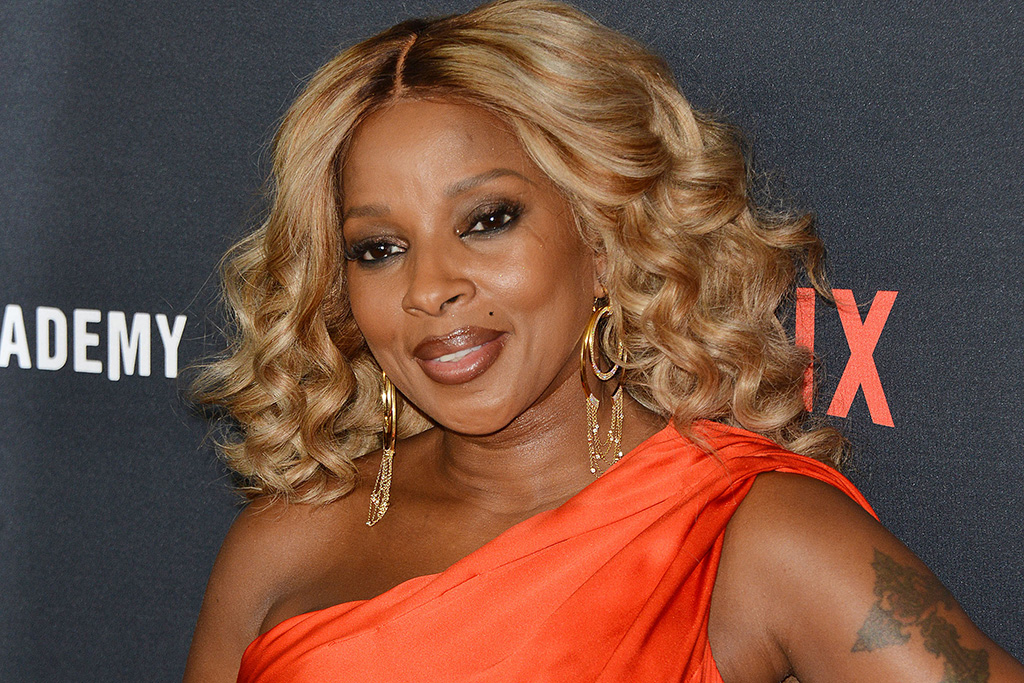 At 50 years old, it’s safe to say Mary J. Blige is forever a fashion icon. The singer stepped out on the scene in the early ’90s with her debut record “What’s the 411?” Since then — and 13 studio albums and nine Grammy awards later — Blige is known as the “Queen of Hip Hop & Soul,” but even more importantly as the queen of boots.

Plus, she knows how to make an entrance.

Last week, the hitmaker attended the Bottega Veneta spring ’22 fashion show in Detroit, wearing a $22,000 coat by the luxury label. She paired the head-turning shearling coat with padded tails in red with black leather pants featuring zipper details and her go-to black leather boots. The shoe style, dubbed the “Storm,” is made of lambskin leather and includes a 3.5-inch heel. It currently retails for $1,150.

From skirts and fish nets to jeans, Blige has found a way to include the knee-high boot in red carpet looks or as part of her core stage style through the years. She’s been wearing the silhouette since the ’90s and she continues to do so today.

One of her most memorable iconic looks came in 1995 at the Billboard Music Awards, wearing a black latex ensemble complete with matching Gucci patent leather horsebit boots. She finished off the dramatic outfit with red-tinted sunglasses and a Fendi handbag.

Then, more than decade later, she stayed true to her style and continued to be seen in the knee-high boot style. In 2007, for instance, Blige was seen in New York, wearing a fur coat and Louis Vuitton scarf and bag. She chose a pair of platform brown leather boots with black buckling detailing to complete the ensemble.

As fashion trends progressed, Blige has evolved with the times and added thigh-high boots to her closet. In 2019, for instance, she hit the red carpet for the Tribeca Film Festival MCM premiere of “The Remix: Hip Hop X Fashion,” wearing a black minidress with textured thigh-highs.

The “It’s Going Down” singer tapped celebrity stylist Law Roach in recent years. The collaboration has been a style success as Roach continues to let Blige’s authenticity shine through her sartorial choices, with boots remaining a focal point. Case in point: the 2018 Met Gala. Roach dressed her in custom Versace, complete with gold-embroidered thigh-high boots.

Blige is well known for her monochromatic looks, perfectly matching her shoes to her outfit. When she’s not in all-black, she’s one of the few who can pull off an all-white ensemble, no matter the season.

Outside of fashion, Blige has dabbled in the beauty industry, too. In 2019, Blige signed on to be the face of MAC’s Love Me lipstick campaign and released her personalized shade in a signed edition. She was also a Viva Glam ambassador back for MAC Cosmetics in 2000 and 2002, which originally launched in 1994 to support those impacted by HIV/AIDS. She’s signed on again in 2019 to celebrate Viva Glam’s 25th anniversary, which coincided with the 25th anniversary of her “My Life” album.

To see more of Mary J. Blige’s shoe style, click through the gallery.