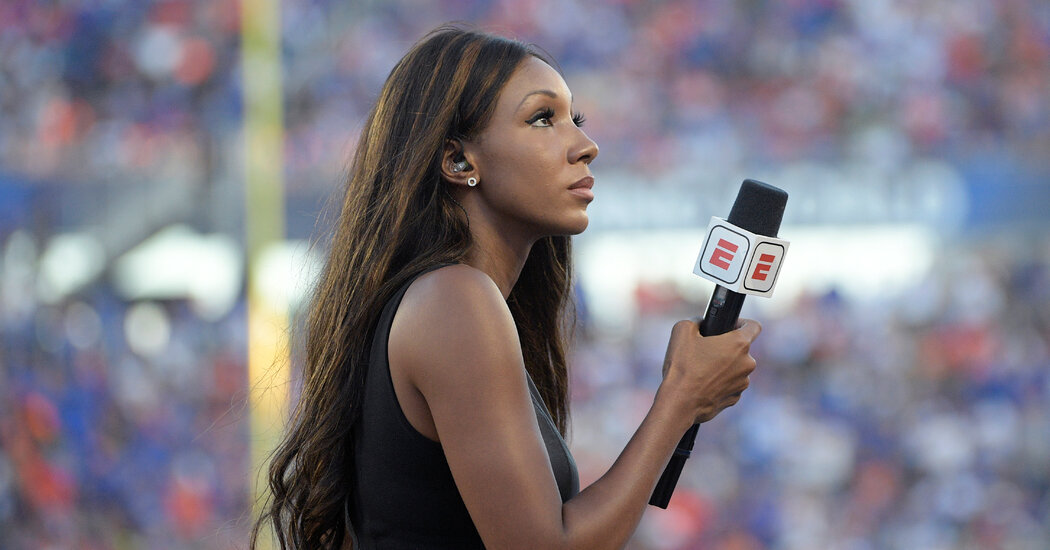 Maria Taylor’s NBC career began with a surprise appearance from Tokyo before the rebroadcast of the Olympic opening ceremony on Friday evening in the United States.

“We are thrilled to welcome a new member to our NBC sports and Olympic family: Maria Taylor,” Mike Tirico, one of the hosts of the opening ceremony, told viewers. “Maria, welcome to Tokyo and the team.” Taylor then introduced a short feature about the U.S. women’s gymnastics team, which she also narrated.

It has been a whirlwind few days for Taylor. On Tuesday, she hosted coverage of the N.B.A. finals in Milwaukee as an ESPN employee. On Wednesday, ESPN announced that it could not agree on a contract extension with her. On Friday, she was working for NBC at the Olympics.

According to a news release announcing her new roles, Taylor will join Tirico in hosting NBC’s late-night Olympic coverage and serve as a correspondent. After the Olympics, she will host coverage of the biggest events NBC has rights to.

“Literally, hosting the Olympics, ‘Football Night in America,’ and the Super Bowl is what I dreamed of when I started in television,” she said in the release. Taylor will be especially essential to NBC next February, when the Super Bowl takes place in Los Angeles during the middle of the Winter Games in Beijing.

Taylor departed ESPN after a tumultuous year. One of her colleagues, Rachel Nichols, made disparaging comments about Taylor last July. In a conversation with an adviser to LeBron James that Nichols was unaware was being recorded, Nichols, who is white, said that she had lost the N.B.A. finals hosting duties to Taylor, who is Black, because ESPN executives were “feeling pressure” on diversity.

The comments, and the way ESPN executives handled them, contributed to long-running tension among employees who cover the N.B.A. The controversy overshadowed the beginning of the N.B.A. finals, and Adam Silver, the commissioner of the N.B.A., said he thought that “ESPN would have found a way to be able to work through it.”

They did not, and as soon as she had the opportunity, Taylor left for another television company.