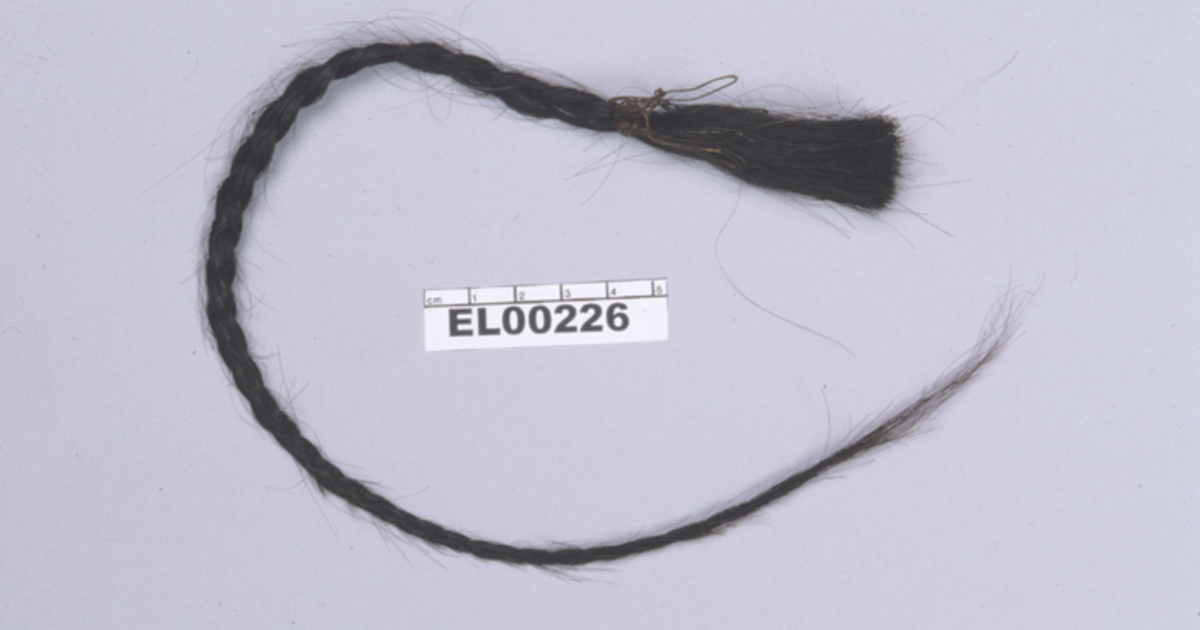 A lock of hair from legendary Lakota chief Sitting Bull’s head had been stored for over a century in Washington’s Smithsonian Institution at room temperature in a glass box. Now, Sitting Bull’s lock of hair has been used to prove that a man named Ernie Lapointe is his great-grandson.

Lapointe said that “over the years, many people have tried to question the relationship that I and my sisters have to Sitting Bull.”

A team of scientists led by Eske Willerslev of the University of Cambridge and Lundbeck Foundation GeoGenetics Centre published their results in the journal Science Advances. They compared the DNA from the lock of hair, which had been transferred to Lapointe’s possession in 2007 after new laws on the repatriation of museum objects were passed.

In a press release, Willerslev called Sitting Bull his “hero, ever since I was a boy.” So, when he learned Lapointe had received the chief’s lock of hair, he saw an opportunity.

“I wrote to Lapointe and explained that I specialized in the analysis of ancient DNA, and that I was an admirer of Sitting Bull, and I would consider it a great honor if I could be allowed to compare the DNA of Ernie and his sisters with the DNA of the Native American leader’s hair when it was returned to them,” he said.

Willerslev and his team of fellow scientists faced a multitude of issues. First, Lapointe said he was related to Sitting Bull on his mother’s side, which meant that a mitochondrial approach — which would compare the DNA in the mitochondria that passes from mother to offspring — would not work.

So the scientists searched for autosomal DNA in the genetic fragments they extracted from Sitting Bull’s hair. It took them 14 years to find useable DNA from the 5-centimeter piece of hair.

The team then compared Sitting Bull’s DNA to samples from Lapointe and other Lakota Sioux — and a match confirmed that Lapointe is his great-grandson and closest living descendant.

Tatanka-Iyotanka, known as Sitting Bull to many, was a Native American and military leader who famously led 1,500 Lakota warriors to victory over General Custer at the Battle of Little Bighorn in 1876. He was assassinated in 1890 by Indian agency police hired by the U.S. government.

While no one knows for certain where Sitting Bull was buried, there are two official burial sites: Fort Yates, North Dakota, and Mobridge, South Dakota. Lapointe believes that his great-grandfather rests at Mobridge, a place that has no significant connection to Sitting Bull, and hopes that the DNA evidence that solidified his bloodline will allow him to relocate his great-grandfather to “a more appropriate location.”

While the confirmation of Sitting Bull’s lineage is a scientific triumph for the research team, they’re also excited by what their discovery means for other historical figures.

“In principle, you could investigate whoever you want – from outlaws like Jesse James to the Russian tsar’s family, the Romanovs. If there is access to old DNA – typically extracted from bones, hair or teeth, they can be examined in the same way,” Willerslev said.