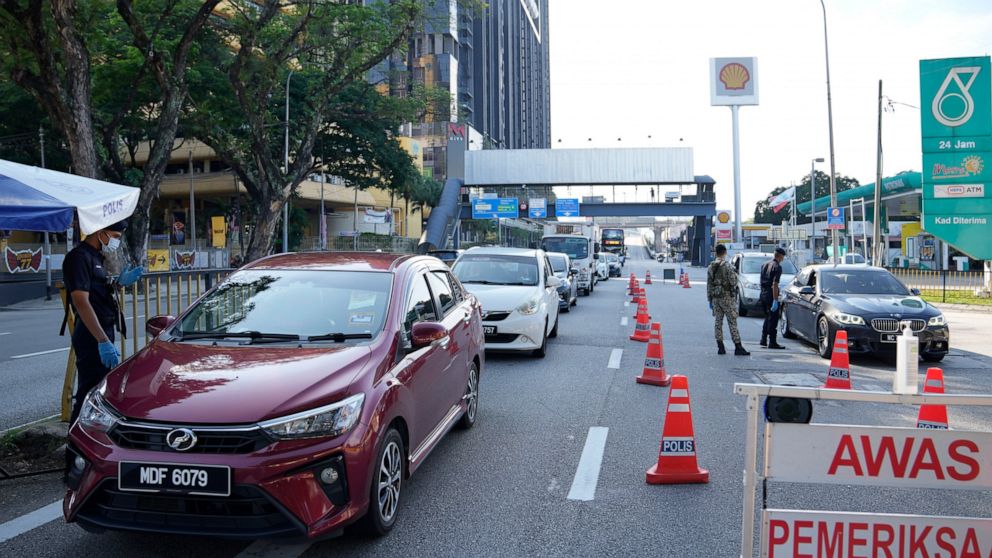 These Mothers Were Exhausted, So They Met on a Field to…

Now Indy SAGE wants us to ‘do more’ to prevent…

KUALA LUMPUR, Malaysia — Malaysia’s Parliament reopened Monday for the first time this year after a seven-month suspension due to a coronavirus emergency that has failed to curb a worsening pandemic.

Lawmakers are expected to question Prime Minister Muhyiddin Yassin’s emergency declaration and his government’s management of the pandemic after Malaysia’s total cases passed 1 million Sunday. Infections have jumped eight-fold from the whole of last year and are up 77% since a national lockdown on June 1 while deaths have climbed steeply to near 8,000.

Critics have slammed the emergency as a ruse for the embattled leader to stay in power amid challenges to his leadership from within his coalition and the opposition. The emergency allows the government to halt Parliament and approve supplementary budgets and impose ordinances without legislative approval.

The five-day session of the lower house is being held under strict virus-prevention measures, with lawmakers masked and separated by transparent screens. It comes shortly before the virus emergency expires on Aug. 1 after Muhyiddin bowed to growing calls, including from the king, to resume Parliament earlier.

Muhyiddin has a razor-thin majority in Parliament, and the biggest party in his ruling alliance earlier this month withdrew support for him for failing to tackle the pandemic.

The move by the United Malays National Organization, or UMNO, could cause his government to collapse, but the attorney-general said Muhyiddin remained in power until it can be proven in Parliament that he lost majority support.

That keeps his position safe for now as the government has said the special parliamentary session will focus purely on the pandemic and no other motions will be allowed.

Muhyiddin will brief the house on an economic recovery plan after the second prolonged lockdown hit businesses badly. Other ministers will speak during the special session about vaccinations, the emergency declaration and other virus topics, the Parliament website said.

A dozen emergency declaration ordinances including an anti-fake news bill, will also be presented for scrutiny.

“It’s Muhyiddin’s perfunctory, skeletal response to the king’s repeated urging to convene Parliament soonest, as the session is practically stripped of any pretension of proper parliamentary function,” said Oh Ei Sun, a senior fellow at the Singapore Institute of International Affairs.

“In fact, it summarily reduces parliament to worse than rubber-stamp role” with no voting allowed, he said.

Muhyiddin became prime minister in March 2020 after initiating the downfall of the former reformist government that won the 2018 elections. His Bersatu party joined with UMNO, which was ousted in the 2018 polls, and others to form a new government, but his alliance is unstable. UMNO has been unhappy at playing second fiddle to Bersatu and opposes the emergency declaration.