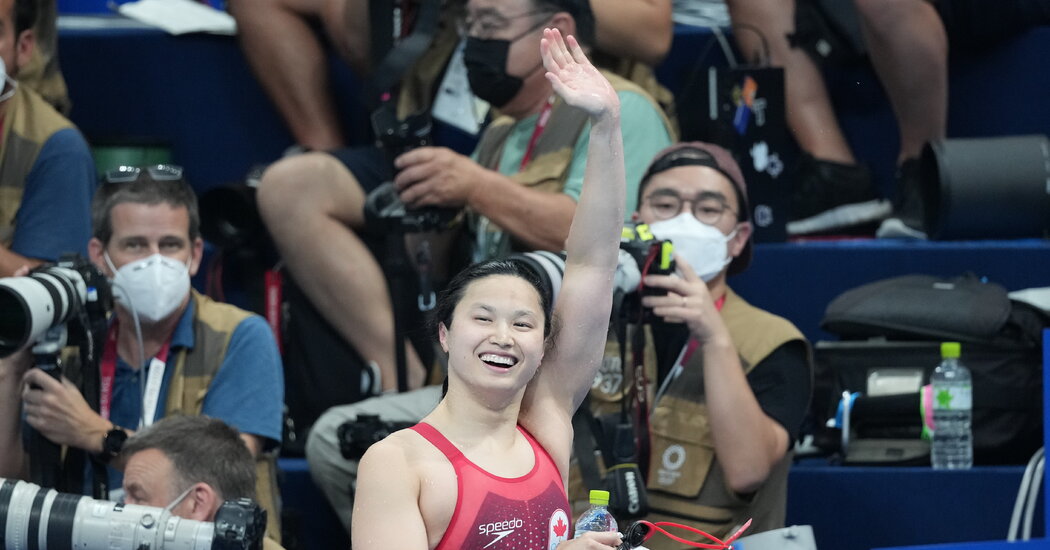 Margaret MacNeil of Canada won the 100-meter butterfly in an upset, swimming 55.59 to beat Yufei Zhang of China and Emma McKeon of Australia.

Torri Huske, the 18-year-old American, just missed keeping the U.S. swimming youth movement on a roll, missing out on a bronze medal by one hundredth of a second.

Huske was in the lead group of swimmers at the turn but fell off the pace in the final quarter of the race as MacNeil pressed from lane 7 and touched first for the surprise win. It was MacNeil’s first individual Olympic medal and her second of the Tokyo Games. She helped Canada win the silver medal in the 4×100-meter freestyle relay on Sunday.