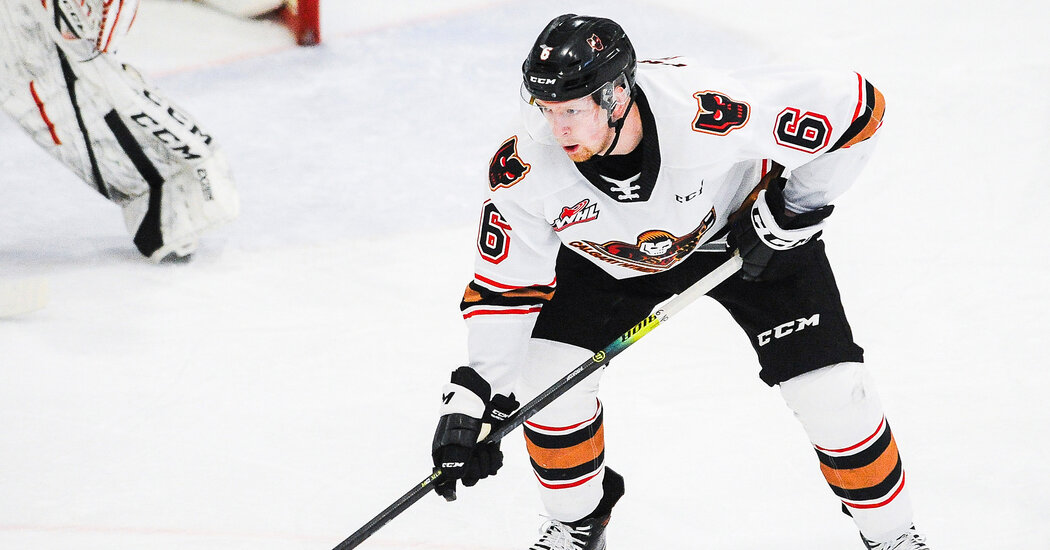 Luke Prokop, 19, a prospect with the Nashville Predators, on Monday became the first player with an N.H.L. contract to publicly announce that he is gay.

Prokop, who is from Edmonton, Alberta, made his announcement in an Instagram post, writing, “From a young age I have dreamed of being an N.H.L. player, and I believe that living my authentic life will allow me to bring my whole self to the rink and improve my chances of fulfilling my dreams.”

A third-round selection by the Predators in the 2020 N.H.L. draft, Prokop wrote, “While the past year and a half has been crazy, it has also given me the chance to find my true self. I am no longer scared to hide who I am. Today I am proud to publicly tell everyone that I am gay.”

Last month, Carl Nassib, a defensive end with the Las Vegas Raiders, became the first active N.F.L. player to come out. Prokop’s announcement comes at a time of increasing acceptance and inclusiveness in international sports. At least 142 publicly out L.G.B.T.Q. Olympians have been selected for the Tokyo Games that begin Friday, more than double the number who participated in the 2016 Olympics in Rio de Janeiro, according to Outsports.com.

Included is the first known transgender female athlete who has qualified to compete, Laurel Hubbard, a weight lifter from New Zealand.

“The rise of social media, especially Instagram, has given athletes a forum where they can live their lives openly and identify directly with their followers,” Outsports wrote last week.

Prokop said he hoped his declaration would show others that gay players are welcome in hockey. No active N.H.L. player has come out as gay.

N.H.L. Commissioner Gary Bettman thanked Prokop in a statement “for sharing his truth and for being so brave.”

Bettman said in a statement, “I share his hope that these announcements can become more common in the hockey community. L.G.B.T.Q. players, coaches and staff can only perform at their absolute best if they live their lives as their full and true selves. We do not take the meaning and importance of this announcement lightly.”

Don Fehr, executive director of the N.H.L. players’ union, said, “We know the NHL hockey community will support Luke as he strives toward his goal of playing in the NHL, and we applaud the example he is setting for those in the game of hockey and beyond.”

The Predators said in a statement the club is “proud of Luke for the courage he is displaying in coming out today, and we will support him unequivocally in the days, weeks, and years to come as he continues to develop as a prospect.”

Prokop told ESPN that he struggled while playing last season for Calgary in the Western Hockey League and felt that coming out would put him at peace and permit him to play at a top level. He said he made his decision in April.

“I was lying in bed one night, had just deleted a dating app for the fourth or fifth time, and I was extremely frustrated because I couldn’t be my true authentic self,” Prokop told ESPN. “In that moment I said, ‘Enough is enough. I’m accepting who I am. I want to live the way I want to, and I want to accept myself as a gay man.’”

In his Instagram post, Prokop wrote: “I may be new to the community but I’m eager to learn about the strong and resilient people who came before me and pave the way so I could be more comfortable today.”