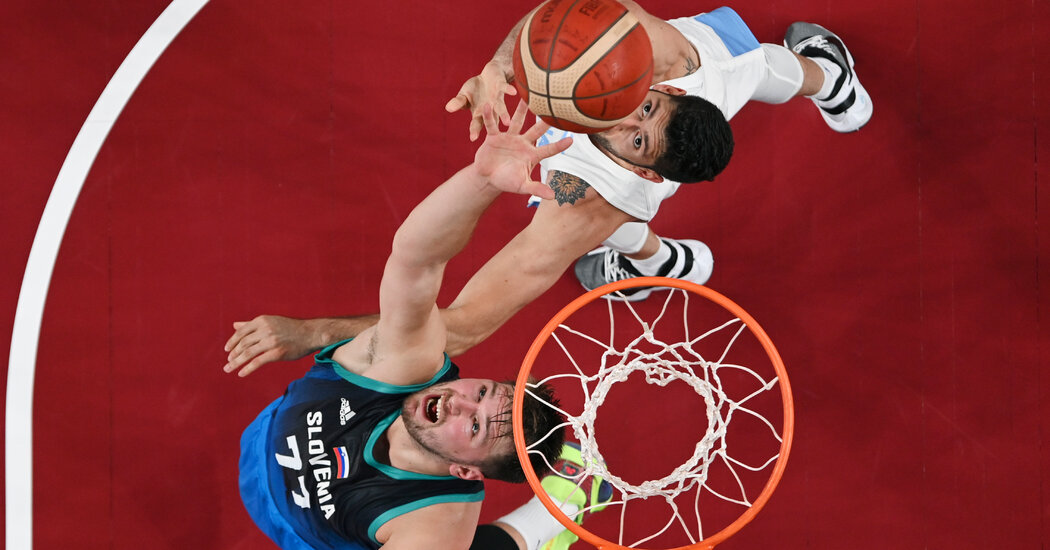 SAITAMA, Japan — Luka Doncic made his Olympic debut for Slovenia on Monday. He also made sure it was memorable.

Doncic, a two-time N.B.A. All-Star with the Dallas Mavericks, erupted for 48 points as Slovenia blew past Argentina, 118-100, in the first game of men’s basketball group play for both teams.

“He just destroyed us,” said Sergio Hernandez, the Argentina coach.

Doncic’s scoring binge tied him for the second most points in a game at the Olympics (Ed Palubinskas scored 48 points for Australia in 1976), and he probably would have broken the single-game record of 55 points, set by Oscar Schmidt of Brazil in 1988, had the game not been so lopsided.

In an act of benevolence, Doncic grabbed a seat on the bench when Slovenia was ahead by 26 points in the fourth quarter.

“I don’t care about the records,” Doncic said. “We had a win, and that’s what we came here for.”

Doncic, 22, is one of the game’s prodigies — he finished sixth in voting for the N.B.A. Most Valuable Player Award this season, one year after he finished fourth — and he has steadily gone about the business of lifting Slovenia into the global basketball conversation.

In late June, just a few weeks after the Mavericks closed out their season with a first-round playoff loss to the Los Angeles Clippers, Doncic decamped to Lithuania to join his Slovenian teammates for an Olympic qualifying tournament. Slovenia won all four games to earn its first Olympic berth, and Doncic was dominant, averaging 21.3 points, 11.3 assists and 7.3 rebounds.

On Monday, he scored 31 points before halftime and shot 18 of 29 from the field overall. He also had 11 rebounds and 5 assists, though Hernandez seemed surprised when he glanced at the box score afterward: He could have sworn Doncic had finished with more assists. It was cold comfort.

It should be noted that Argentina is pretty good at basketball: The team claimed silver at the most recent world championships, in 2019, and won gold at the 2004 Olympics. Hernandez threw a smorgasbord of defenders at Doncic: some tall, some quick, some athletic. He turned them all into traffic cones.

“We tried everything we would’ve tried with a normal player, but he is not a normal player,” Hernandez said, adding: “He is the best player in the world, including the N.B.A. If there was any doubt in my mind, it is there no more.”

Asked about that assessment, Aleksander Sekulic, the Slovenian coach, said: “I fully agree.”