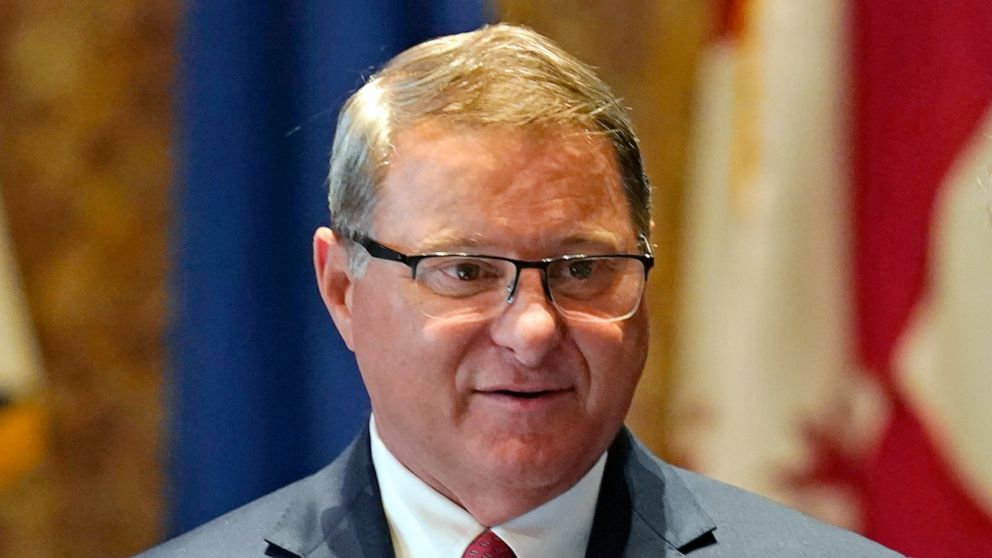 But senators blocked efforts to override a separate measure that would remove the permitting requirements, background check and safety training required to have a concealed handgun in Louisiana, with a handful of Republicans changing their mind on the legislation. It would be difficult for the Senate to overturn any other Edwards vetoes after one GOP senator, Pat Connick of Jefferson Parish, said he wouldn’t support any additional overrides, giving senators too few Republican votes on their own.

Senators voted 26-12 for the transgender sports ban veto override — the exact number of votes needed. The vote fell along party lines, with Republicans in support of the measure and Democrats in opposition. The debate now shifts to the House, where Republicans will need to pick up some backing from Democrats and independents to overturn the veto and enact the ban in law.

Supporters described the prohibition sponsored by Franklinton Sen. Beth Mizell, the Senate’s second-ranking Republican, as protecting girls across K-12 schools and colleges from unfair competition. They said transgender athletes have an automatic, built-in advantage in competitions against other females.

“Without protection, women’s sports would not exist. Nothing has changed,” Mizell said. She added: “I ask you to do what is right for the girls of Louisiana and to put the politics aside on this.”

The legislation is similar to bans passed by Republican-led legislatures in several states.

Opponents, including Edwards, have called the measure discriminatory. They note that bill backers couldn’t point to a single example of a Louisiana-specific problem. And they said the Louisiana High School Athletic Association already has enacted the equivalent of a prohibition on transgender athletes participating on high school sports teams.

“I’m convinced this bill is a solution looking for a problem,” said Sen. Jay Luneau, an Alexandria Democrat.

“Do you think that these businesses will feel comfortable in Louisiana, much less hosting their conventions in Louisiana, if we allow this bill to become law? Do you think?” she said. She added: “You can’t have it both ways. You either want businesses to come to Louisiana or you can discriminate.”

But Sen. Mike Fesi, a Houma Republican, told his colleagues they should think about their “daughters and granddaughters” and their “good, decent morals.”

“If we do not fix this problem, women will never win in sports in the future,” Fesi said.

The transgender sports ban was the driving force behind the majority-Republican House and Senate decision to return to the Louisiana Capitol. But they also could consider other measures that Edwards rejected, such as his removal of specific projects from budget bills, or legislation that sought to ban coronavirus vaccine mandates, mandated regular audits of elections and requirements that local school systems publish their finances in the Louisiana Checkbook online site.

In all, Edwards jettisoned 28 bills from the regular session that ended in June. The veto session can last up to five days, but legislative leaders said they hope to wrap up well before Saturday.

As the session opened in the House, a handful of opponents to the transgender sports ban briefly tried to protest in the balcony, only to be forcibly removed from the chamber.

The Louisiana Constitution enacted in 1974 calls for a veto session to be scheduled automatically when a governor jettisons legislation. But a majority vote of either the House or Senate can scrap the gathering. Lawmakers had a tradition of canceling every veto session since then, no matter the makeup of the governor’s office or the legislative chambers — until now.

Republican legislators decided in a near-bloc to hold the veto session, in a continuing escalation of disagreements with Edwards and an ongoing push to assert their constitutional independence.

While convening the session required only majority support, Republicans will need the votes of Democrats or independents to reach the two-thirds required to successfully override a gubernatorial veto. And they face pressure from outside groups on both sides of the debates.

Lawmakers have only overturned two vetoes under the current constitution, both during regular sessions.