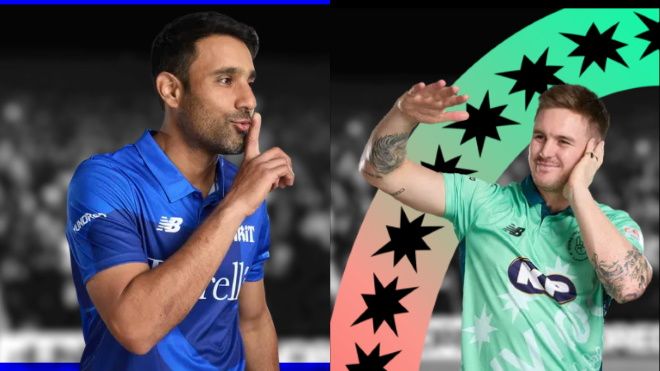 The first local derby of The Hundred sees the two London-based teams battle it out for bragging rights in the capital, the Invincibles making the short trip up from Kennington to the Home of Cricket at Lord’s. Read on to discover how to watch The Hundred cricket online and get a London Spirit vs Oval Invincibles live stream no matter where in the world you are – including ways to see it absolutely FREE.

This tournament and these teams may be brand spanking new, but make no mistake, they’re already arch-rivals.

There are some BIG personalities in the home camp, which is led by head coach Shane Warne and skipper Eoin Morgan. If that sounds a little intense, there’s also the loveable Geordie Mark Wood to mellow things out.

The Spirit aren’t necessarily amongst the favourites for The Hundred, but could they thrive without that weight of expectation?

Their opponents from the other side of town have been much more hotly tipped, and have a plethora of options either side of the ball. Saqib Mahmood, Sunil Narine and Sandeep Lamichhane are three of the hottest bowlers out there right now, while Jason Roy and Sams Billings and Curran will surely be destructive with the bat.

Watch all the drama unfold as it happens by following our London Spirit vs Oval Invincibles live stream guide to watch The Hundred cricket online today.

How to watch London Spirit vs Oval Invincibles FREE: live stream The Hundred in the UK

In the UK, you can watch the London Spirit vs Oval Invincibles clash for FREE on BBC Two.

The game starts at 2.30pm BST on Sunday afternoon, with coverage getting underway at 2pm.

If you’re not in front of a TV, you can also get a FREE The Hundred live stream via the BBC iPlayer streaming service, which works across a wide range of devices, including phones, tablets, laptops, games consoles and streaming devices.

As a national broadcaster, it doesn’t cost a penny to stream if you’re located in the UK.

If you’re already a subscriber, you can also tune in on Sky Sports, which is the best option for hardcore cricket fans, as it’s showing the London Spirit vs Oval Invincibles as well as every single game of The Hundred live.

If you don’t fancy being locked in to a long, expensive contract, consider the more flexible streaming option, Now TV.

And if you’re outside the UK right now but still want to watch your domestic coverage, just use a VPN to safely live stream the action from anywhere. Here’s how…

If you’re abroad during The Hundred, you’ll likely find you’re unable to access your domestic cricket coverage like you would at home. This isn’t necessarily cause for alarm, but rather the result of geo-blocking – best understood as digital borders that restrict certain services and content to certain parts of the world.

Fortunately, there’s a convenient way around this in the form of a VPN. This is a nifty bit of software that lets you swerve around these digital borders, thereby allowing you to globe trot and still access your preferred London Spirit vs Oval Invincibles live stream. It’s a very affordable workaround and super easy to use – allow us to explain more.

Use a VPN to watch a Hundred live stream from anywhere

1. Download and install a VPN – as we say, our top choice is ExpressVPN

3. Go to the broadcaster’s live stream – so if you’re from the UK, just head to BBC iPlayer or Sky Go

The great news for cricket fans in Australia is that you can watch the London Spirit vs Oval Invincibles clash without paying a penny.

Prepare for a late one though, with the game starting at 11.30pm AEST on Sunday night.

Fox Sports is the exclusive Australian TV broadcaster for The Hundred – but the excellent streaming service Kayo Sports is showing every single game for FREE!

All you need to do is sign up for Kayo Freebies, which doesn’t even require you to input any credit card details.

And if you ever fancy subscribing, Kayo Sports offers access to over 50 other sports including F1, NRL, NBA basketball… the list goes on.

Best of all, both offer a FREE trial so you can see what they’re like for yourself.

If you’re away from Oz right now, simply use a VPN to tune in as normal.

You’ll need to load up on coffee though, with play getting underway at 1.30am NZST on Sunday night/Monday morning.

The better news is that Spark Sport offers a 1-month free trial so you can try before you buy. It also means you can catch loads of The Hundred cricket action without paying a penny!

Once that’s expired, a subscription costs $24.99 per month, and includes plenty of Black Caps action, as well as NBA basketball, F1 racing, and MotoGP.

Anyone in New Zealand from abroad or vice-versa can use the VPN route outlined earlier to access their preferred coverage just like they would at home.

Watch The Hundred cricket: live stream Spirit vs Invincibles in the US (and Canada)

Dedicated cricket streaming service Willow TV is the place to watch the Spirit vs Invincibles clash in the US.

Willow TV (also available in Canada), is available from a number of cable providers including Dish, Spectrum, Xfinity, Verizon Fios and more.

Perhaps a better option for those looking for an alternative to cable would be to opt for a cord-cutting streaming service like Sling TV. If you already have Sling, then you can add Willow TV for an extra $5 for one month. And if you don’t, then you can currently bag a big six of a bargain by getting Sling TV – featuring 30+ channels – for only $10 for your first month.

How to watch The Hundred cricket: live stream London Spirit vs Oval Invincibles in India

In India, you can watch watch a London Spirit vs Oval Invincibles live stream on the new premium sports platform Fancode.

The game starts at 7pm IST on Sunday evening.

Fancode, which is showing all of the action from The Hundred, can be accessed exclusively through the service’s dedicated iOS and Android apps, and full subscription details can be found here.

Anyone wanting to watch their subscription coverage overseas can easily do so, too – you just need to use a VPN route as described above.