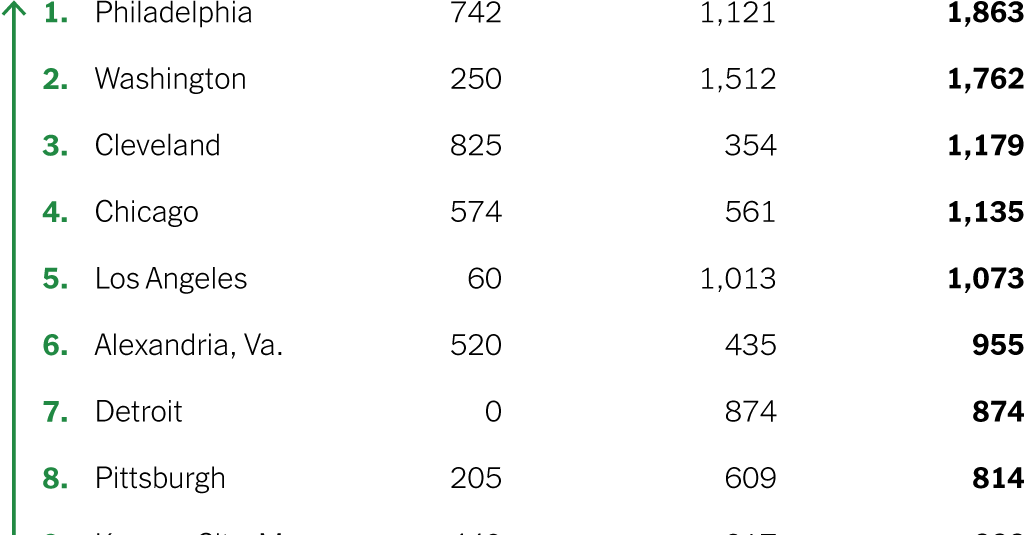 Creating rental apartments in former offices, factories and other nonresidential buildings is nothing new, but a recent increase in vacant commercial spaces as a result of the pandemic has fueled a surge in conversions, according to a new study by RentCafé.

The study looked at rental projects with at least 50 residential units developed in buildings originally designed for other purposes. In 2010, 5,271 such rental units were created across the country, kicking off a trend that grew each year through 2017. After a lull in 2018, 11,788 units were created in 2019, followed by another 11,838 in 2020.

A bulk of the conversions have come in former offices and hotels. Amid the pandemic, many companies are downsizing as remote work becomes more prevalent, and hotels — already more or less set up for residential use — are faltering as tourism continues to suffer.

Back in 2010, hotels were the most popular type of property to be converted to rentals. For the next few years, factories took the lead. Since then, office space has been the most converted type. According to RentCafé, converted offices make up about 25 percent of the more than 52,700 rental units slated to become available in 2022 in properties built for other purposes.

How to Decide Which Covid Booster Shot to Get

Britain prepares for a post-pandemic economy, and keeps…

The trend of adapting commercial space to rental homes is easily understood in dollars and cents: Empty offices and hotels generate no rent, and it’s usually less expensive to convert an existing building than to demolish it and build a new one. But there’s an environmental upside too: Demolishing and replacing buildings strains natural resources and produces more waste compared with converting them for residential use.

So where are these conversions happening the most? This week’s chart shows the 10 cities with the most rental apartments completed in 2020, and completed or expected to be completed in 2021, in properties originally designed for other uses.

How to Decide Which Covid Booster Shot to Get

Britain prepares for a post-pandemic economy, and keeps spending.