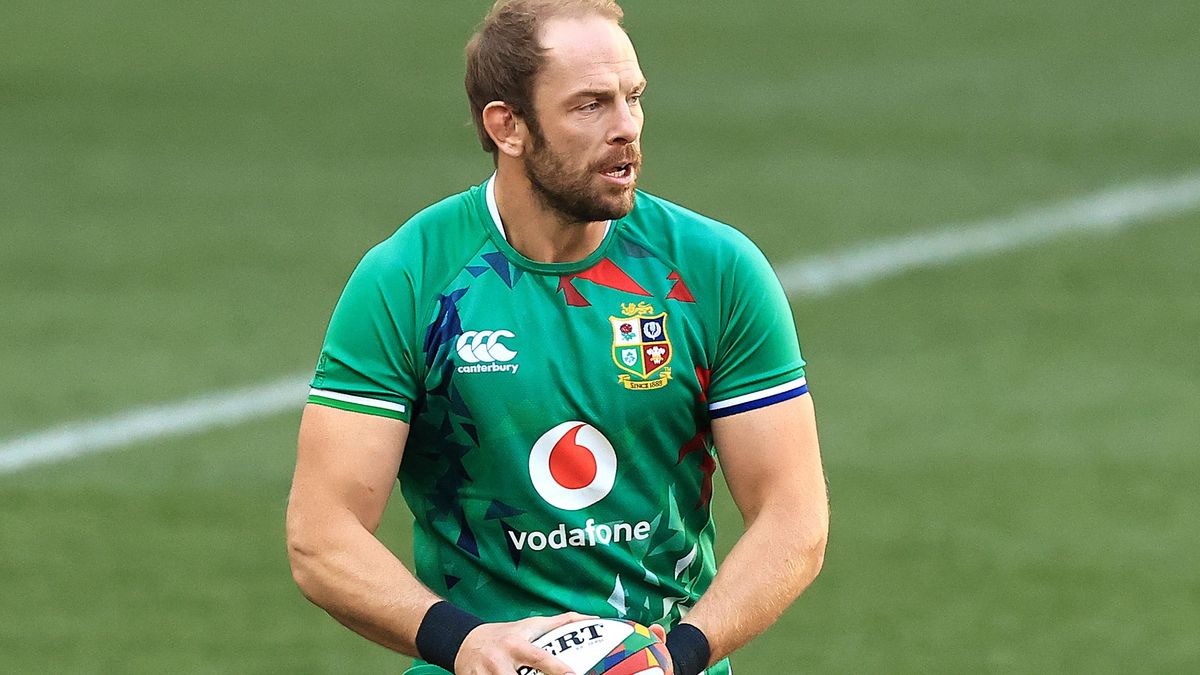 There are plenty of old scores to settle today as the British and Irish Lions face South Africa in the first of three Tests being held over consecutive weekends. Siya Kolisi’s men trampled over Wales and England on their way to winning the 2019 World Cup, and nobody will be more pumped than the Lions’ returning skipper Alun Wyn Jones. It’s the one we’ve been waiting for, so read on as our guide explains how to watch a Lions vs South Africa live stream for the first Test match from anywhere in the world.

Nine of the Springboks’ starting IV were also first picks for South Africa A less than two weeks ago, the not-so-junior team inflicting the only defeat of the tour for Warren Gatland’s side so far.

But the Lions finished the game in the ascendency and, perhaps even more crucially, more than held their own in the scrum, celebrations memorably breaking out in the tourists’ ranks after one such triumph in the first half.

Ominously, however, Cheslin Kolbe showed flashes of the brilliance that sealed the World Cup two years ago, and the Lions are going to have their work cut out trying to slow down the lightning winger.

It’s going to be an epic battle, so follow our guide as we explain all the ways to get a Lions vs South Africa live stream of the first Test match wherever you are right now.

UK-based rugby fans will know that Sky Sports has the rights to the entirety of the British and Irish Lions tour of South Africa.

The Lions vs South Africa first Test kicks off at 5pm BST, with Sky’s coverage getting underway at 3pm on Sky Sports Action.

If you don’t have Sky Sports, fear not because there’s likely to be a Sky TV deal to suit you. Or, if you’re looking to tune in without being locked in to a long, expensive contract, consider the more flexible Now streaming option.

Not in the UK for this Lions vs South Africa clash? To access your domestic coverage from outside the UK, you’ll need to download a good VPN as detailed below.

If you’re outside your country of residence – whether that be the UK or anywhere else – and try to start streaming the rugby via your native broadcaster, you’ll soon discover that you can’t, as it’s location restricted. But there is a way to tune in regardless.

By downloading and installing a VPN, you can effectively trick your computer into thinking that it’s back at home. That way you can enjoy your home coverage without having to find an illegal stream – assuming you comply with the broadcaster’s fine print, of course – specifically its terms and conditions.

Use a VPN to watch Lions vs South Africa from anywhere

1. Download and install a VPN – as we say, our top choice is ExpressVPN

3. Go to the broadcaster’s live stream – so if you’re from the UK, just head to Sky Go

Springboks fans looking to watch the South Africa vs Lions first Test can tune in via subscription service SuperSport.

Kick-off is set for 6pm SAST, with the build-up starting at 4.30pm.

If you’re away from the TV you can also watch the action via the network’s streaming service for PC and Mac as well as via SuperSport’s dedicated app.

If you want to catch SuperSports coverage but are out of the country right now, your best bet is to use a VPN.

The Lions vs South Africa first Test kicks off at 12pm ET / 9am PT on Saturday, and you can tune in via NBC’s excellent new streaming platform Peacock TV, which makes rugby more accessible to fans based in the US than ever before.

Peacock costs just $4.99 a month for an ad-supported service that gets rugby fans not only every game of the Lions Tour 2021 but also Premiership Rugby and Heineken Champions Cup (plus loads more premium sports coverage, TV shows, and movies).

Alternatively, you can pay a $10 a month for commercial-free coverage.

But best of all, Peacock even offers a FREE 7-day trial you can take advantage of.

If you’ve already hopped on the Peacock bandwagon but are abroad when the Lions vs South Africa first Test is on, don’t forget that you can still tune in like you at home with the help of a good VPN.

You’ve got a late night ahead if you want to watch the Lions vs South Africa first Test, as it kicks off at 2am AEST on Saturday night/Sunday morning.

You can watch all the action on streaming service Stan Sports, which is also showing the following two Lions vs South Africa games.

However, the service is currently offering a FREE 7-day trial of the add-on.

Sky Sport is showing the Springboks vs Lions first Test in New Zealand, but be prepared for a very late night.

The big game gets underway at 4am NZST on Sunday morning, with coverage starting at 3.50am.

Sky Sport subscribers can live stream South Africa vs Lions via the Sky Go service, while cord-cutters and anyone else can try the Sky Sport Now streaming-only platform – where a weekly pass costs just $19.99.

Anyone in New Zealand from abroad or vice-versa can use the VPN route outlined earlier to access their preferred coverage just like they would at home.