Lily James’s transformation into Pamela Anderson for the upcoming Hulu limited series, Pam and Tommy had her fans shocked at the uncanny resemblance. James has seemed to have some fun showing off behind-the-scenes photos from the project, and on the day the production wrapped, she gave us one more sneak peek.

On her Instagram story, she shared several photos, two of which showed her in costume as Anderson.

“That’s a wrap!,”she announced alongside a photo of her posing in front of her trailer, which reads, “Pam.” 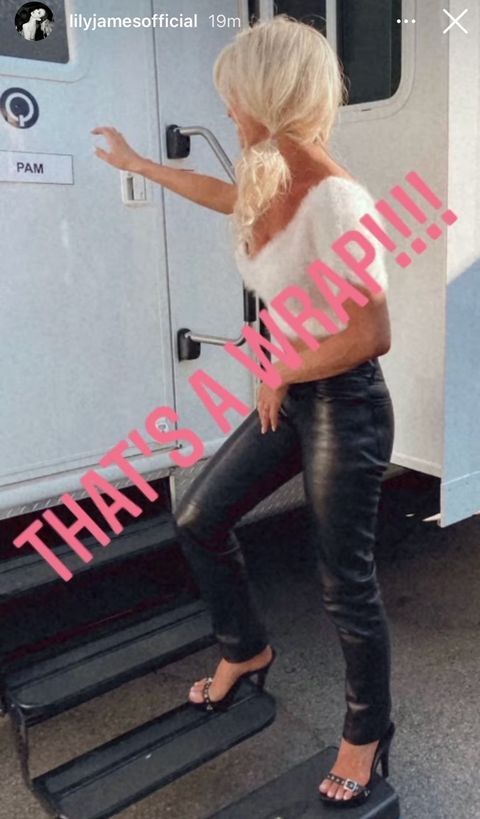 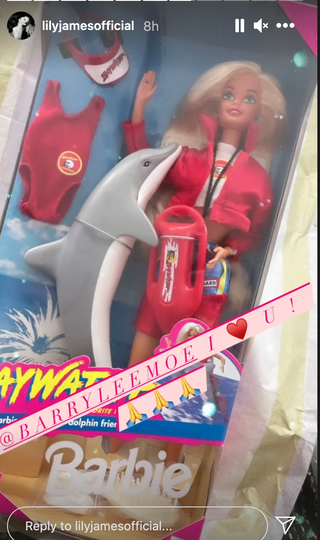 The series is said to follow the romance between Anderson and Lee and the whirlwind pace of their marriage. It also focuses on the true story of their famous sex tape. Lee and Anderson made the tape on their honeymoon in 1995, and it was later stolen and distributed online. The series will detail the lawsuit that Anderson and Lee filed against the tape’s distributor, Internet Entertainment Group.

Hulu has yet to confirm a release date.

Hilary Weaver
Hilary Weaver is a freelance writer based in New York who writes about politics, queer issues, Meryl Streep, Glenn Close, and every woman the Queen has ever made a dame.