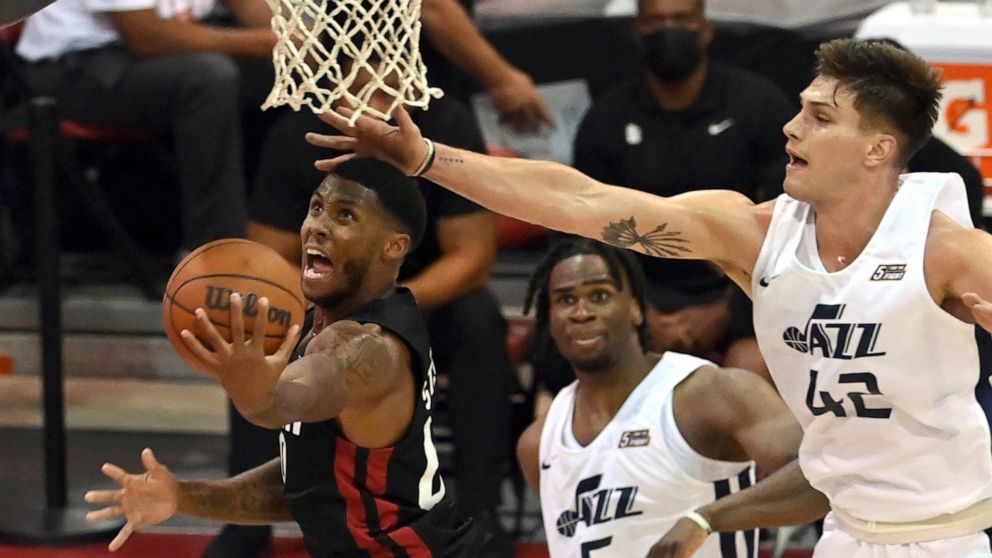 Marshall, a second-year forward, had no turnovers and also blocked a shot to help the Pelicans improve to 3-0.

Broderic Thomas led the Cavaliers with 15 points. No. 3 overall draft pick Evan Mobley was held to eight points on 4-of-11 shooting. He did have 11 rebounds.

Moody scored 22 points on 8-for-14 shooting, and Kuminga had 18 points and seven rebounds. Kuminga was the seventh player selected in the NBA draft and Moody was the 14th.

Rob Edwards had 23 points on four 3-pointers for the Thunder. Theo Maledon had 18 points, six rebounds and five assists.

Trent Forrest continued his hot play with 19 points 10 rebounds and six assists and former Kansas center Udoka Azubuike had 18 points on 8-of-8 shooting and added nine rebounds in Utah’s victory over Miami.

Elijah Hughes added 17 points to help the Jazz improve to 3-0 in Las Vegas.

Omer Yurtseven led Miami with 16 points, 11 rebounds and three steals. The Heat shot just 31.9% from the field and made only 5 of 17 3-pointers.

Jaylen Nowell had 26 points on 11-of-22 shooting and six rebounds and Minnesota routed poor-shooting Milwaukee.