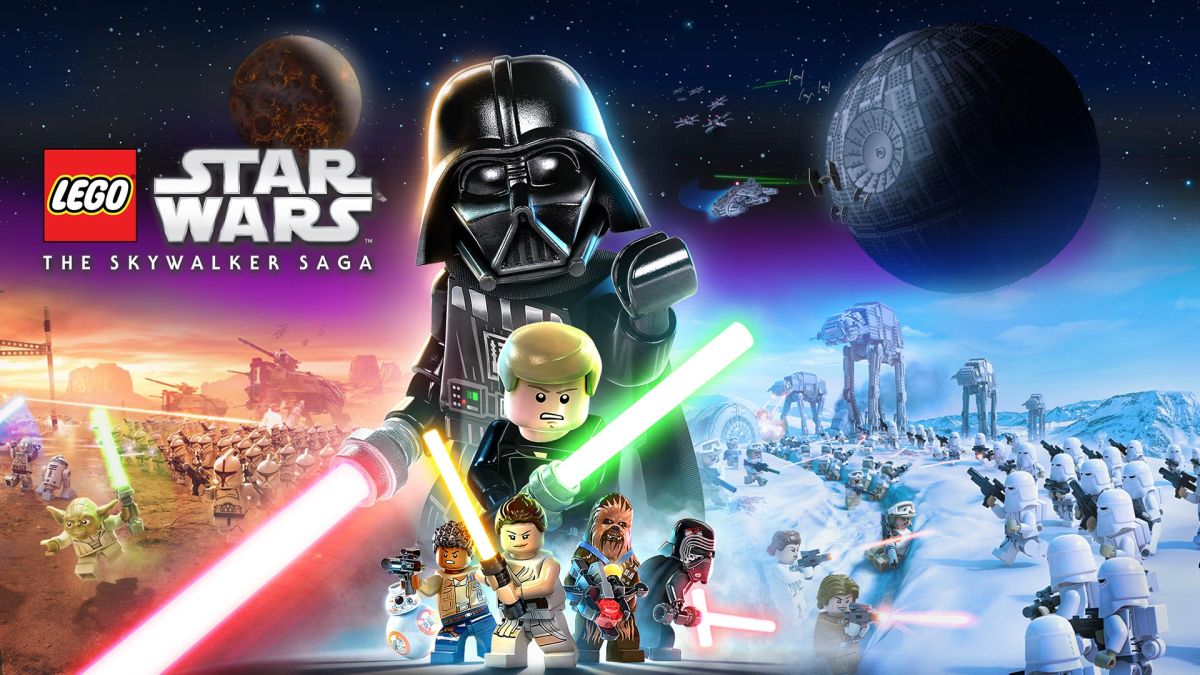 Lego and Star Wars go hand in hand these days, and Lego Star Wars: The Skywalker Saga is set to bring that galaxy far, far away to your console in all its brickified glory.

There’s a long history between Star Wars, Lego and gaming, stretching back to the original Lego Star Wars: The Video Game release more than 15 years ago. The series has delighted in taking scenes from the franchise and turning them into slapstick, family-friendly adventures, but we’ve not seen a new game in the Star Wars arm of the licensed series since 2016’s Lego Star Wars: The Force Awakens.

Lego Star Wars: The Skywalker Saga looks to go even further than any Lego Star Wars game has gone before, bringing together adventures from all nine of the mainline Star Wars films, while taking advantage of the bells and whistles of a new generation of gaming consoles and PC hardware.

At the moment its release date is unknown after it missed its initial release window but, while we wait, here’s everything you need to know.

[Update: Is Lego Star Wars: The Skywalker Saga being teased to make a Gamescom appearance? Read on to find out more.]

Lego Star Wars: The Skywalker Saga – what you need to know

What is it? The latest Lego game to take place in George Lucas’s Star Wars universe.When will it release? TBC, but having already missed its initial October 2020 release date and a ‘Spring 2021’ launch window, we’re hoping before the end of 2021.What platforms will it be available on? The Xbox One family of devices (including Xbox Series X), Nintendo Switch, PlayStation 5, PlayStation 4, PC and Mac. So everything, basically.

Do, or do not – there is no try. Those immortal words of Jedi Master Yoda seem to have been forgotten by the developers over at Traveller’s Tales and their Warner Bros. publishers. Despite trying to hit a ‘Spring 2021’ release date (so, March-June) after already having missed a suggested October 2020 window, Lego Star Wars: The Skywalker Saga release date is currently unknown.

At the moment, it remains unclear when we’ll get a solid release date for the game, though there are hopes it could make an appearance at Gamescom 2021 after a Lego Darth Vader figure appeared in an advertisement for the show (via ComicBook).

We may not have a solid release date, then, but we’ve still seen lots of what the game has to offer already. Way back in the summer of 2019 we were treated to a reveal trailer, showing off the franchise’s glitzy new visual look, and the series’ trademark humor, albeit in a teaser that didn’t appear to show any gameplay:

Then in August 2020 we were pleasantly surprised to see a gameplay trailer that matched the visual polish of the teaser. As well as showing off key playable scenes from the franchise, from dogfights to lightsaber duels, the game still features the wacky toybox-like potential for mischief that previous Lego games have had. Keep an eye out for C-3PO riding a bantha, for instance:

As mentioned earlier, Lego Star Wars: The Skywalker Saga is in the enviable position of being able to adapt tales from right across the entire ‘Skywalker’ saga. So in other words, you’ll be playing scenes from the original trilogy (Star Wars: A New Hope, The Empire Strikes Back, Return of the Jedi), the prequel trilogy (The Phantom Menace, Attack of the Clones, Revenge of the Sith) and the sequel trilogy (The Force Awakens, The Last Jedi, The Rise of Skywalker).

That does mean the excellent Rogue One, Solo: A Star Wars Story and The Mandalorian TV show are not set to feature. However, the Deluxe Edition of the game is set to  include a ‘Character Collection’ bundle, which will throw in six character packs including characters from The Mandalorian, Rogue One, Solo and even the brand-new Star Wars: The Bad Batch animated series, as well as an additional pack including ‘Classic Characters’.

Lego Star Wars: The Skywalker Saga is expected to be a slight departure from the Lego games that have come before it, promising deeper gameplay than the simplistic platforming and combat of previous Lego games.

Each episode of film will feature five story missions, for a total of 45 core levels in the game. Combat has been sharpened up – lightsaber duels will focus on combo building, with a mixture of light, heavy and Force attacks wielded in tandem, while ranged shooting combat moves the gameplay to an over-the-shoulder viewpoint, ala Gears of War or Uncharted. It’ll still be family friendly, but might not be quite as button-mashy as previous Lego games.

You’ll have plenty of hub worlds to explore before taking on the core missions, and these will be littered with secrets to find and collectibles to… er… collect. Hubs will range from the desolate wastes of Tatooine to the forests of Endor and the dark heart of Exegol, where the Emperor holds court. It’s an incredibly ambitious undertaking then, collating all the major sights (and sites) of the near-complete Star Wars universe. All of these locations will include random encounters too – you might be messing around before being ambushed by a Tie Fighter fleet, for example.

Vehicular based play will also be significant. The gameplay trailer shows the player taking the controls of everything from a podracer to an X-Wing, a Snowspeeder to those stupid horse things that turned up in Rise of Skywalker.

There will be variety, collectibles and fan-favourite characters and scenes aplenty then. Who knows – it may even wash away the bad taste The Rise of Skywalker left us with. We’ll have more on Lego Star Wars: The Skywalker Saga as it’s revealed, so keep checking back to TechRadar for all the latest news.

Gamescom 2021 could be the place we get a much-longed-for update on Lego Star Wars Skywalker Saga. Though nothing has been officially confirmed, the game’s presence at the show was hinted at in a recent ad for Gamescom (via ComicBook) which features Lego Darth Vader.

Gamescom runs from August 25 to August 27 but the part to really keep an eye on for updates tends to be Geoff Keighley’s Opening Night livestream which will take place on Wednesday August 25, with a start time of 11am PT/ 2pm ET/ 7pm BST.

Running over two hours, Keighley promised that the third annual Opening Night Live showcase will give us “a new look at this holiday’s biggest upcoming video games and what lies beyond.”

You choose the order

We know that players will be able to play across nine films of the Skywalker saga but according to the Warner Bros page for Lego Star Wars: The Skywalker Sage, players will be able to access all of them right away and play “in any order they choose. They can direct where to go and how to play.” This means a good amount of freedom and the chance to play through all of your favorite worlds first.

In an interview with StarWars.com, Jonathan Smith, head of production and strategic director at TT Games, said this freedom of choice “is a really important principle for us”, adding, “We love stories and storytelling; but we also feel, both as gamers ourselves and with particular concern for young players driven to experimentation and change, that stories exist to be played with, however the player wants.”

Play on the light or dark side of the force

According to the Warner Bros page for the game, players will also have access to “hundreds of playable characters from throughout the galaxy and every era of the saga” from Luke Skywalker through to Darth Vader. Of course, this means you’ll be able to choose whether to play on the light or dark side of the force.

The game’s official page also highlights some of the locations that players will be able to explore “such as the desert of Geonosis, to the swamps of Dagobah and the snowfields of Starkiller Base”, never mind the space exploration. It will, apparently, be possible to revisit a planet at any time, too, so there’s no need to worry about never seeing your favorite settings again.

Nothing to see at Lego Con

It’s been a while since we’ve had any solid information on Lego Star Wars: The Skywalker saga and we had hoped that, after the game’s absence at E3 2021, June 2021’s Lego Con would be the place. However, the game wasn’t present during the show and it remains unclear when the game will release or where we might hear more about it.