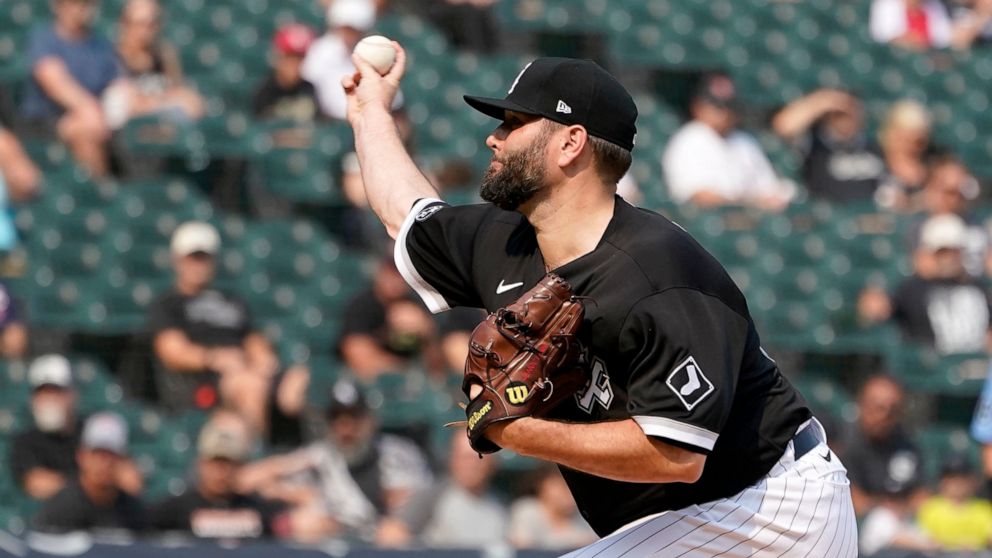 Paul Pogba could FINALLY be available for Man United after…

A look at what’s happening around the majors on Sunday:

The White Sox and Brewers close a weekend full of impressive pitching matchups in Milwaukee with arguably the best of the bunch Sunday night.

Of those six starting pitchers, Giolito is the only one who didn’t make the All-Star Game this season. According to STATS LLC, this is the first three-game series in major league history to feature five All-Star starting pitchers from the current season.

“It’s exciting,” said injured Chicago catcher Yasmani Grandal, who worked with these Brewers pitchers while playing for Milwaukee in 2019. “That’s what you want to see — having two young teams having high-caliber guys coming in and out every night, doing it at a high level and putting up the numbers they are.”

HILL ON THE HILL

Rich Hill is scheduled to make his debut with the NL East-leading New York Mets when they host Toronto.

The 41-year-old lefty was obtained in a trade with Tampa Bay on Friday for veteran pitcher Tommy Hunter and minor league catcher Matthew Dyer.

Hill bolsters a rotation that has been depleted by injuries, most notably ace Jacob deGrom being on the 10-day injured list with tightness in his right forearm.

Hill went 6-4 with a 3.87 ERA in 19 starts for the Rays this season. He faced Toronto on July 11 and gave up three runs on four hits and three walks in five innings.

The Nationals expect ace Max Scherzer to make his next scheduled start after he was scratched with what the team described as mild right triceps discomfort.

Manager Dave Martinez said Scherzer had an MRI and it was “extremely clean.” Jon Lester started in Scherzer’s place Saturday night at Baltimore.

Scherzer is 7-4 with a 2.83 ERA in 18 starts this season. The three-time Cy Young Award winner, who turns 37 on Tuesday, has been the subject of trade speculation as Washington continues to struggle. His absence now is another issue for the Nationals rotation, which has been without Stephen Strasburg since early June because of lingering neck problems.

Bryce Harper is 12 for 12 on steal attempts this season after his latest swipe for the Phillies.

The slugger stole third base on Saturday night against Atlanta, a day after stealing second, third and home in a win over the Braves.

This weekend marked the first time since September 2019 that Harper had stolen bases in consecutive games.

Harper’s career high for stolen bases in a season is 21, done in 2016 when he also was caught stealing 10 times for Washington.