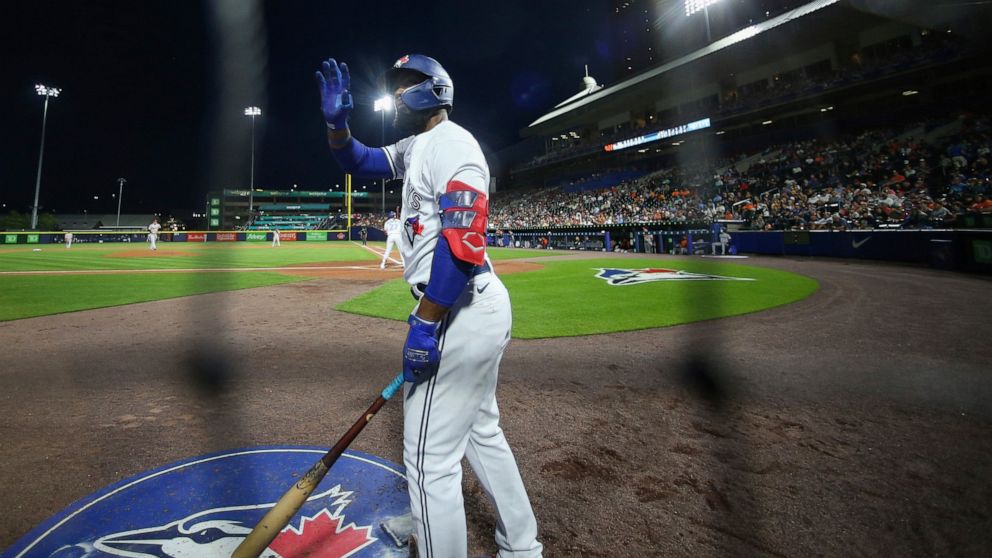 Vladimir Guerrero Jr. and the Blue Jays are set to play their final home game in Buffalo when they host the Red Sox

A look at what’s happening around the majors on Wednesday:

Vladimir Guerrero Jr. and the Blue Jays are set to play their final home game in Buffalo when they host the Red Sox.

The teams were rained out Tuesday and will make it up as part of a doubleheader Aug. 7 in Toronto.

The Blue Jays will return to Toronto for a homestand beginning July 30 after the Canadian government granted them an exemption to the U.S.-Canada travel ban. The Blue Jays haven’t played at Rogers Centre since 2019 because of coronavirus protocols.

Toronto began this season hosting home games at its spring training site in Dunedin, Florida. The Blue Jays then moved to Sahlen Field, home of their Triple-A affiliate in Buffalo, in June.

Hendricks is the first Cubs pitcher to go at least 12 consecutive starts without a loss since Jon Lester in 2016. He is tied with Dodgers lefty Julio Urías (12-3, 3.78) for the major league lead in wins — Urías pitches a couple of hours later at home against the first-place San Francisco Giants.

Big stars such as Fernando Tatis Jr., Manny Machado and Freddie Freeman will be on display as National League playoff hopefuls San Diego and Atlanta play a doubleheader to make up Monday night’s rainout.

Freeman hit a tiebreaking homer for the Braves off Yu Darvish in a 2-1 victory Tuesday night over the Padres. The All-Star first baseman and reigning NL MVP has five homers in his last seven games.

A promising season for Tigers pitcher Spencer Turnbull has come to an end with the announcement the right-hander is headed for Tommy John surgery.

Turnbull will miss the rest of this season and possibly all of next year, too.

The 28-year-old Turnbull pitched a no-hitter against Seattle on May 18. He was 4-2 with a 2.88 ERA in nine starts this season after testing positive for COVID-19 and beginning the year on the injured list.

The Nationals aren’t planning on having infielder Starlin Castro back with the team this season, general manager Mike Rizzo says.

Castro was placed on administrative leave July 16 by Major League Baseball under its domestic violence, sexual assault and child abuse policy. The leave can be the initial step leading to a longer suspension.

Rizzo didn’t say if his statement on Castro was based on the whether the process will play out in time or not.

The 31-year-old Castro was hitting .283 in 87 games during his second season with Washington.