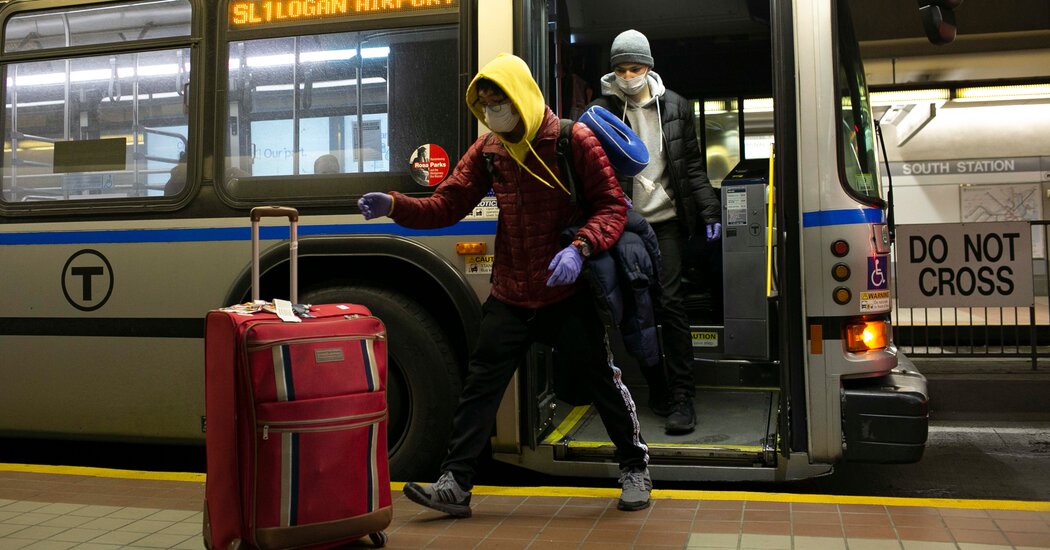 Lawmakers are struggling to complete the details of a bipartisan infrastructure agreement that would bolster the nation’s aging public works system, remaining at odds over how much to increase funding for public transit even as they vowed to produce a final text this week.

After Republicans unanimously blocked the Senate last week from taking up the emerging plan, a core group of 10 Republican and Democratic senators worked through the weekend to iron out remaining issues. The framework, announced by the negotiators and President Biden last month, is expected to provide $1.2 trillion over eight years, with nearly $600 billion of that in new federal funds.

But the two parties have yet to agree on how much money to pour into existing transportation programs, as Democrats have pushed for more funding for transit, aides and lawmakers said on Sunday. A Democratic aide familiar with the talks, speaking on the condition of anonymity, said other matters under discussion included funding for water infrastructure, highways, bridges and broadband, as well as using unspent coronavirus relief funds to finance the package.

“We’re about 90 percent of the way there. I feel good about getting that done this week,” Senator Rob Portman, Republican of Ohio and a lead negotiator, said on ABC’s “This Week.” He added that mass transit remained an outstanding issue. “We’re not getting much response from the Democrats on it,” he said.

Democratic negotiators and White House officials sent an offer Sunday night to Republicans with proposals to clear up the outstanding issues, according to a Democrat close to negotiations, who disclosed on condition of anonymity. It was unclear if and when Republicans would respond.

Much of the package is expected to include bipartisan measures to maintain existing transportation and infrastructure programs, but the top lawmakers on the Senate Banking Committee have yet to agree on the portion addressing transit. Senator Sherrod Brown of Ohio, the committee chairman, said last week that “there’s never been really serious offers” about the funding levels.

“There are people who think this is Monopoly money, but it’s not,” Senator Patrick J. Toomey of Pennsylvania, the committee’s top Republican, said on CNN’s “State of the Union.” “I think the way we should pay for this increase in infrastructure spending is by repurposing money we already approved, but hasn’t yet gone out the door.”

Still, Senator Mark Warner, Democrat of Virginia and another key negotiator, pledged on Sunday that the text of the bill would be finished by Monday.

“You’re going to see a bill Monday afternoon,” he said on “Fox News Sunday.” “We’ll have that text.”

Mr. Warner also urged Republicans to join him in supporting a far more ambitious $3.5 trillion partisan budget blueprint that would include funding for universal preschool, free community college and tax credits for child care. But Democrats plan to pass that larger spending plan on a party-line vote using a maneuver known as budget reconciliation, which allows them to bypass the 60-vote filibuster threshold.

Republicans have uniformly criticized that package, which is expected to carry the remainder of Mr. Biden’s economic agenda, as too costly and broad. They have also denounced Speaker Nancy Pelosi of California for vowing to wait to hold a vote on the bipartisan package until the Senate approved the broader spending plan.

“The bill is not as green as I would like it to be,” Ms. Pelosi said of the bipartisan infrastructure package, urging that more programs be included to address climate change. “Nonetheless, I hope that it will pass. I won’t put it on the floor until we have the rest of the initiative.”