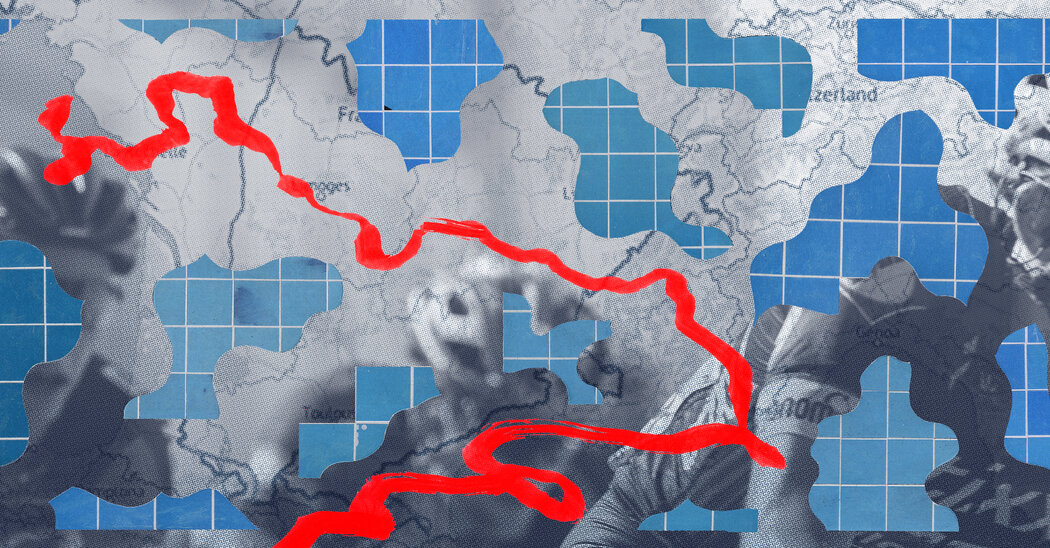 The commercial aspect of Morton’s ride actually echoed the original Tour just as much as his return to the days of solo racing did. In 1903, faced with declining readership and robust competition, the French newspaper L’Auto created the Tour — a prolonged spectacle of grotesque dimensions — as a means of boosting its circulation. The race’s brutality proved irresistible to spectators. It was road cycling’s first stage race, featuring stretches more than 400 kilometers in length, and it was contested not only by professional cyclists but also by carpenters, blacksmiths, teachers. (This year, the longest stage is just under 250 kilometers.) In the pages of L’Auto — whose circulation more than doubled during that first race — the drama was captured in photos of contenders like Léon Georget, who so exhausted himself that he passed out at the edge of a road after stopping to repair his bicycle.

The same kind of struggle was evident to those following Morton’s travails via Rapha’s Instagram feed. One week into the alt tour, he had gone from nursing blisters to fending off trench foot. His performance in the Alps was hampered by the weight of his camping gear, and his tires had gone flat so many times that he eventually had to tie a knot in an inner tube to continue.

Against the backdrop of a map of France, the rider appeared as a pink dot, shuffling slowly across the landscape.

It is, of course, more than the promise of pain and glory that makes the Tour de France, and Morton’s alternative version of it, so compelling. Many bike races are difficult enough to push riders into a state of zombielike misery, but none besides the Tour have transcended the sport itself across 108 editions. One reason for this, according to the French literary theorist Roland Barthes, has to do with the Tour’s role in reconstituting the “the material unity” of his country each summer. The race takes place in the world, not in a stadium, and its competitors become, however briefly, part of each community they pass through, slowly tying the land together into a national whole. “It has been said that the Frenchman is not much of a geographer,” Barthes wrote in 1960. “His geography is not that of books, it is that of the Tour; each year, by means of the Tour, he knows the length of his coasts and the height of his mountains.”

Through Morton, I rediscovered the length of those coasts and the height of those mountains, years after doping scandals turned me off the sport of cycling. At the alt-tour website, his geographical progress could be tracked in real time. The experience was improbably mesmerizing: Against the backdrop of a map of France, the rider appeared as a pink dot, shuffling slowly across the landscape. Some ways behind him was a black dot representing the advancing Tour de France peloton, which Morton managed to outrun — a novel experience for the journeyman rider. (Normally, he would be riding in service of a team leader considered a contender to win the Tour, tasked with sheltering him from the wind or fetching him water bottles.) He reached his tour’s halfway point with a lead of about 850 kilometers over his pursuers — a buffer needed in the second half of his ride, amid steep mountains and the loss of 800 kilometers in transfers. And in the end, he did indeed reach Paris, days before the peloton.